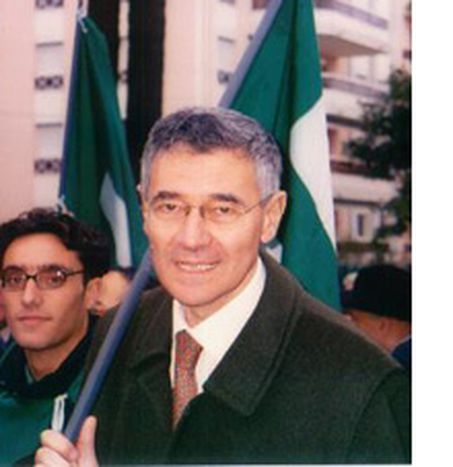 “The EU’s decision-making system is medieval”

Guido Montani explains why the nationalist route is a dead end street for Europe.

”The European Union’s problems are structural, and its decision-making system is medieval. A more democratic constitution needs to be created,” says Professor Montani, president of the European Federalist Movement and lecturer on international economy at the University of Pavia. He does not use half measures for Europe which is still under shock after the French and Dutch “No” to the Constitutional Treaty, drafted by the Giscard d’Estaing Convention. The same Europe, which, during the Brussels summit, struggled to come to an agreement on the budget of the 2007-2013 financial period. The European Parliament rejected the final agreement and expressed the need to open 'constructive negotiations' with the European states and the Commission.

Professor Montani, let us start with the EU budget. Most importantly, could you explain what it is?

The budget is a very technical tool and this often frustrates voters, but it is the primary means of doing politics in Europe. Presently, Member States and Parliament are discussing the budget of 2007-2013. Jacques Delors introduced a multiannual budget to decrease the differences of opinion between governments. The problem is that structural defects remain. In the European Union, we have a problematic situation regarding the national parliamentary systems, such as the one in Italy. The governments hold excessive powers, which is not like the European Parliament. The Union has insufficient resources, given that the budget is little more than one percent of European wealth. What is more, 75% is composed of national contributions and 25% of actual resources. All this means that Europe does not have an autonomous capacity for development, and it is lacking a European government for the economy. This is a structural problem that renders its economy weak.

The European Council has become the hero of a real odyssey. After the failure of the summit in June, the Council only reached a compromise some months later, in December. How do you explain these difficulties?

As I mentioned, it is a medieval decision-making system. We pay too much attention to the governments, and they decide in an undemocratic manner. Imagine what would happen, for example, in Italy, if the budget were approved by a council of regional governors instead of those in parliament! A more democratic constitution would serve Europe far better than the one rejected by the French and the Dutch, we need one which would give greater importance to the European Parliament.

The European Parliament rejected the budget agreement reached by the Council with a large majority. How do you judge this move: is it just a game that will allow the declared objectives of solidarity, competition and security to be reached?

The governments reached an agreement for a budget that was smaller than that proposed from the Parliament and from the Commission, which amounted to 112 billion Euros. The Parliament rejected this proposal, which evidently does not allow the initial objectives to be reached. But there is talk about a compromise between the Parliament and Council which would come to around 2-4 billion Euros more than what had earlier been approved by the Council. Clearly, if the assembly in Strasbourg accepts this compromise, it will perhaps save the image, but not the proposal itself.

The growth of the Union should take place through the strategy of Lisbon which, however, has had difficulty taking off. Now, this new political stalemate lends even more uncertainty to the economic prospects of the Union. Why is it that every prospect of growth seems to remain a fantasy in Europe?

The Lisbon Strategy failed. It will be not possible to surpass the United States by 2010. This is because it is a strategy of coordinating national plans. Each country does what it wants. This is not the road to European growth. We need to return to the Delors strategy: large projects financed by the European budget. A collection of individual, national budgets is of no use. Let us take, for example, defence. Every country has its own trade and buy everything from the United States, so a European military industry will not exist. The same goes for energy policy; every country has its own, but the expenditures are transferred to the European budget. One may talk of the Stability and Growth Pact, but the area of growth has to be at the European level, the national routes do not suffice. There is a need for European taxation, not new taxes, but a readjustment of the present taxation. In the European elections, the citizens should know exactly what percentage of their taxes is used to fund European development projects from the communal budget. A fine example of this is the Galileo project, which will allow us to replace the American GPS, with all the related gains in civil and military fields.

The Constitution is frozen. The “no” from the French and the Dutch was sufficient to block its ratification because of the required unanimity. The candidate to the French presidency, Nicholas Sarkozy, proposes blocking the enlargement process and reviving a shortened version of the Constitution. What do you think of that?

The French citizens justly criticized the Constitution. It is right to streamline the Constitution and to keep only the first part. Think about the second part! It is as if we wanted to insert all of the civil code into the Italian Constitution! Also, the relation between the budget and enlargement is obvious: policies on solidarity come from this. The Sarkozy proposal makes sense; the treaty is put forward for a referendum, not only in France, but also on a European scale. Besides, for it to come into effect, it is necessary to adopt the principle of majority instead of unanimity.