In forcing the president of the European Commission to postpone the vote of confidence on his Commissioner-designates, the European Parliament affirms its political role. Will the EU finally become a true political arena? 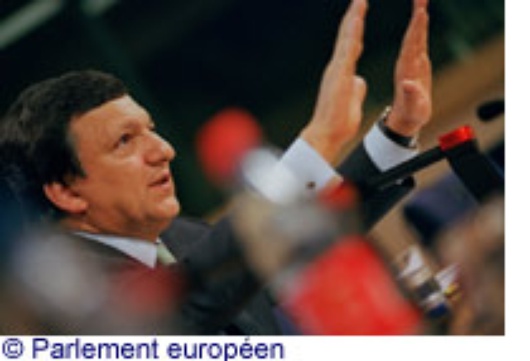 Barroso is defeated; the arm-wrestling over. This morning, October 27th, the designated President of the European Commission, Jose Durao Barroso, asked the European Parliament to defer the vote of confidence on his commissioners, planned initially for noon today. The Parliament has thus forced Barroso to re-examine his choices: Italian Buttiglione with his fatwa against homosexuals (designated the Justice and Interior portfolio); Dutchwoman Neelie Kroes (Competition) and Danish Mariann Fischer Boel (Agriculture) with their conflicts of interest; Hungarian László Kovács’ (Energy)incompetence - it was really too much. And the Parliament has reacted, creating an institutional crisis without precedent for the European Union. The Prodi Commission says it is willing to remain in function beyond the end of its mandate, envisaged on November 1st, but it will be doing so without an explicit legal base in the Treaties.

The instability into which Europe has been thrown is reinforced by figures from the Parliament of Strasbourg: according to The Guardian, "no to the Barroso Commission" would have gained 362 votes, compared to 345 "yes" votes. The postponement of the vote must thus be read as an affirmation of the capacity of the only democratically elected body of the Union. An affirmation which, moreover, respects a clearly political division and which must therefore be welcomed. In favour of the conservative Barroso were the European Popular Party (EPP) and a group of nationalists; against him were the Socialists, Greens, Communists, Royalists, and two thirds of the Liberal-Democrat Alliance. It is not really surprising that the latter would vote against him, given the conservative attitude of Buttiglione over homosexuality and marriage. Those who really stood out are the Spanish, British and German Socialists who have been heavily pressured over the past few days by their respective governments (Zapatero, Blair, Schröder) to approve the Barroso team. It is they who are the heroes of the day: to have resisted the call of the flag and chosen to bet on a "political" vote was not easy.

The true struggle was not so much between the Commission and the Parliament, but between an intergovernmental logic and a democratic "spirit". In other words, between capitals anxious to impose Barroso - their laboriously chosen candidate "of compromise" who had promised to limit himself to the role of "honest broker" – and a Parliament eager to make itself heard. Today, the European Union has entered a phase of maturity: it is no longer a club of states but a genuine political arena. Today in Strasbourg, it was not “instability" which triumphed, as Barroso feared it would, but rather the democratic norm to which all will have to yield. November 17th has been designated the date for a new vote. On a new Commission.