Europe is the intellectual and cultural hub of the world. Or is it? Of course it likes to think so. But do we Europeans have the best taste? Thats what we think. 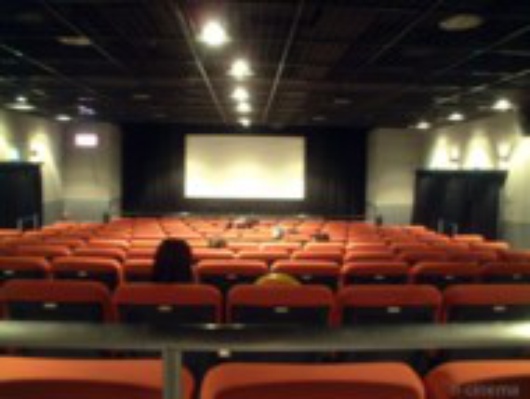 In the world of cinema, these clichés have taken the form of assumed facts. Theyre not challenged on this side of the Atlantic, obviously. In Europe, we dont watch a film, nor do we enjoy it - we savour it. Like a wine connoisseur savours a French wine, or a lover of good food savours a slice of the best Spanish ham. In America (at this point be warned that, however clumsy, such bipolarisation is inevitable; the European audience and the North-American, thats it) audiences limit themselves to satisfying their appetites for eye-candy with huge cinematographic offerings severely damaging to their intellectual health. Hollywoods latest shoot-em-up delights them much in the same way as the fizz of Coca-Cola on their palate. And us? We prefer the slow digestion of nouvelle cuisine in the form of a social melodrama charged with emotion.

Is that the way it is? Clearly not. Not entirely, anyway. Although it could be if we nurtured the talent that we do have. But the truth is far from what the cliché describes. Where is this cultured, discerning audience thats supposed to frequent European cinemas? The reality is that they are an insignificant minority, around 15% - the same as in the US. How many people pay to see films by Europes great directors? How many seats does Oliveira fill in Sweden? And what about Kaurismäki in Greece? Or Angelopoulos in the UK?

There are always exceptions, of course; media success stories that prove the rule. Like Amélie, Almodóvar, and Benigni, three well-known examples of how art-house film can be received in Europe.

The first of these, the film by Jean-Pierre Jeunet, raises the interesting matter of our cultural elitism. The more popular the phenomenon Amélie proved to be, the further it sank in the estimation of the more discerning critics (something similar happened with Benigni). The greater a films popularity, the less the connoisseurs value it. Pride dictates that they turn their noses up at what the man on the street likes. And if those who are meant to tell us what we should like advise us against what we like, then they arent doing their job very well. And that is quite clearly not what European film needs if it is to take root in our cinemas.

The second of these examples, Almodóvar, has always been well received, south of the Pyrenees and beyond. His ability to combine on-screen the most profound knowledge of the human condition with jokes about transsexuals draws crowds, theres no doubt about it. Not as much as James Cameron or Peter Jackson perhaps, but he has his audience. Hed never opened Cannes, however, until he won two Oscars and became a household name. The same thing happened with La vita è bella.

Its the US that fills our cinemas

The Italian joker swept the board after he had climbed up onto the backs of the seats at the Oscars. Von Trier obtained his biggest success when superstar songstress Björk sang for him. On the red carpets of Cannes, Berlin or Venice, reporters fight over Tom Cruise, not so much over Moretti. And one of the best documentaries ever made promoting Italian cinema was made by Martin Scorsese.

Earlier, we looked at some of the most significant European cinematographic successes of recent years. And it appears that it is those lovers of explosions, the Americans, who tell us what European films we ought to be watching. In the case of the cultural exception its the other way round. Practically no one goes to watch European films and when they do its because of the products Americanisation (whether it be on Americas recommendation or because the film has been made the American way).

Of all the arts, cinema is, without doubt, the one that people think of least as an art form. For the majority of people it is a form of entertainment, a sociable pastime (more comparable to a trip to the zoo than to the reading of a book). If thats all it is, a form of entertainment, why have we got this idea that cinema from here is boring? Could it be true? Are those who do go to watch a European film aware that theyre going to be wasting their money on a ticket and two hours of their lives?

As for the myth of quality cinema as against commercial cinema, lets presume there is a line that clearly separates them, although the examples we looked at earlier indicate that this line, if it exists at all, is very fine. It is clear that the truth directly threatens the possibility of creating a European cinematographic culture, a non-elitist, populist European taste. And it is this talent - these Almodóvars - that we must now encourage.