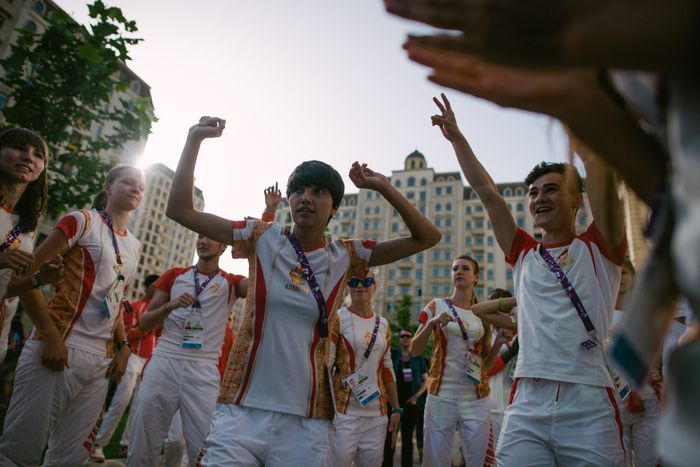 The European Games in Baku: A false start?

The last Sunday of June saw the finale of the inaugural European Games in the Azerbaijani capital Baku, a two-week intensive multi-sport competition with athletes from all over Europe. But what exactly was the point of it all? Cafébabel went to find out.

‘Sports and politics should be kept separate’ – a remark said by either naïve, well-meaning optimists, or nakedly political crooks using sport to mask their misdeeds. In 2015, already we have seen exposed mindbogglingly rampant bribery inside FIFA and the rising death toll of slave migrant labour used for the rigged Qatar World Cup. Surely the first ever European Games could deliver us from evil, and make the continent proud?

After emerging from obscurity following their hosting of the Eurovision in 2012, oil producing ex-Soviet republic Azerbaijan once again got a chance to project its image to the world. Baku was first awarded the Games in 2012 - helpfully it was the only bidder – giving the city barely two years to build all the necessary infrastructure. A tight deadline, but Azerbaijan managed it. 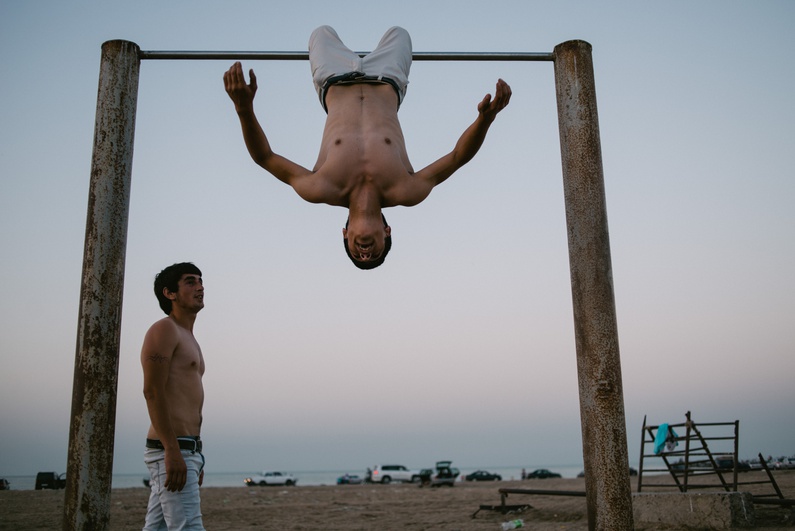 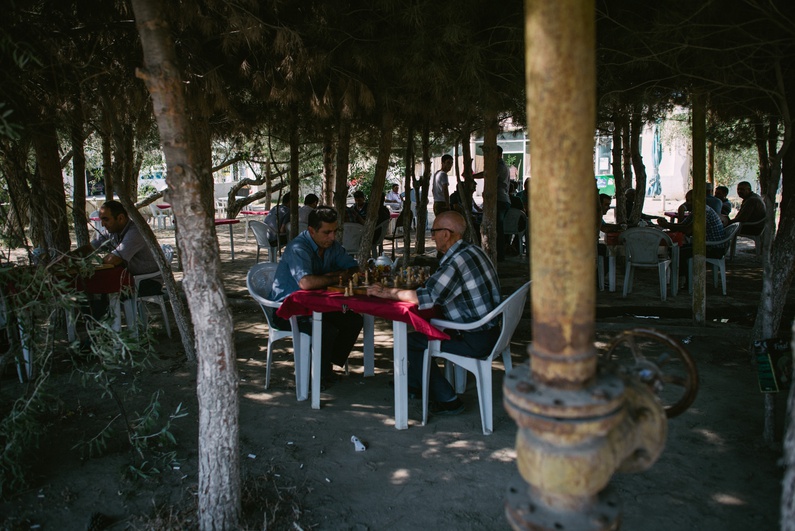 It all looked flash and professional, but the European Games suffers an existential crisis. Yes all other continents have their own tournaments, so why shouldn’t Europe? On the other hand, European sport has developed in such a way that sports all have their own high-profile, longstanding championships. Many serious athletes weren’t present as they were busy training for other events. Similarly, only four EU leaders attended the Games (Luxembourg, San Marino, Monaco and Bulgaria) though Putin, Erdogan and the presidents of Belarus, Tajikistan and Turkmenistan all had fun.

The UK synchronised swimming coach, Karen Thorpe, told me that for the girls competing, all of them juniors, it was an exciting opportunity.

“They might never make it to the Olympics, so this is the next best thing.” 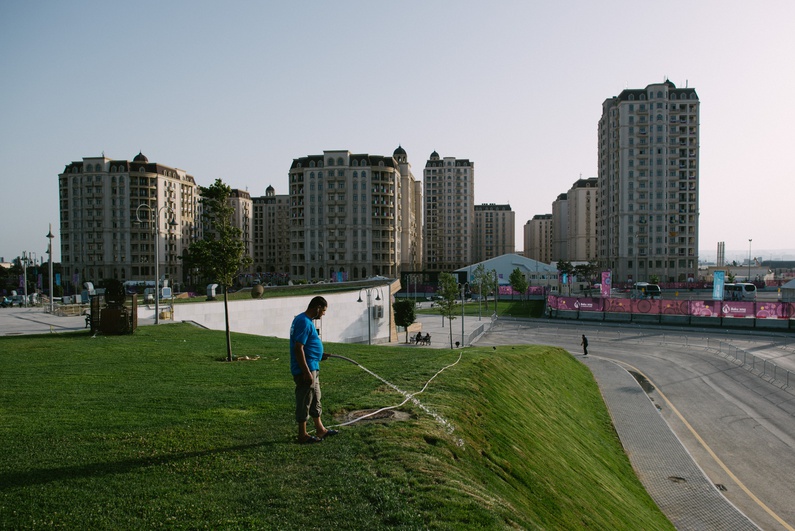 The Netherlands coach, Kees Van Hardeveld, was disappointed that his country withdrew their decision to host the next Games in 2019 due to financial concerns. The Netherlands refused to pay €58m. Azerbaijan spent upwards of $8bn.

“It’s shame, there should be a country willing to organise these kind of events. But it’s all about money, I know, that’s why it’s here.”

Walking around the city I count whole blocks of skyscrapers, offices and apartments that have risen, yet remain empty. Baku resembles a Potemkin village. On the sandy banks overlooking the Caspian Sea, oil pumps rock back and forth, reminding one of Azerbaijan’s vast resources, yet they are seemingly spent on spectacles and appearances, not training or infrastructure. Hence there were an estimated 12,000 local volunteers on hand though much of the senior management were foreigners. 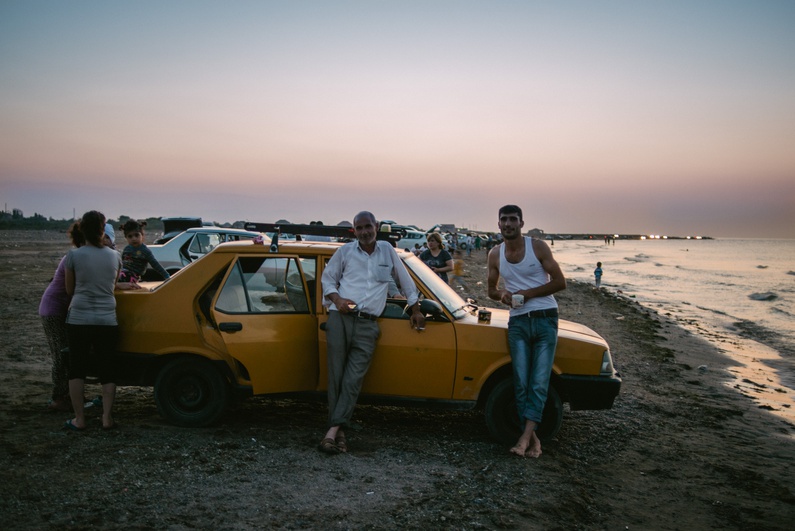 Foreign visitors slung their badges around their necks and roamed around the city like a colonial presence, feasting on the bling and luxury of downtown Baku. For locals, Baku authorities prohibited cars from the regions into the city, forbade people to hang laundry outside and even banning weddings and funerals. Months before as the global oil price tumbled to under $60/barrel, Azerbaijan devalued its currency, plunging many into debt. Azeris balked when it was revealed the country was paying most of the costs for all visiting delegations. In a country where a teacher makes around $150 per month, this news was not warmly received. Though complaints carries big risks; Azerbaijan is the fifth most censored country in the world according to the Committee to Protect Journalists.

Many Azerbaijanis I speak to are understandably proud that their once unknown country is being put on the map, however there is a direct correlation between Azerbaijan’s increased hosting of big pageants, and expanding numbers of political prisoners. In the last year, almost every voice that has spoken out against human rights violations has either been jailed, exiled or fallen silent. Journalists from the BBC and Guardian were denied visas prior to the Games most likely as revenge for covering political matters, rather than celebrating sport, which inevitably backfired and highlighted these issues even more. 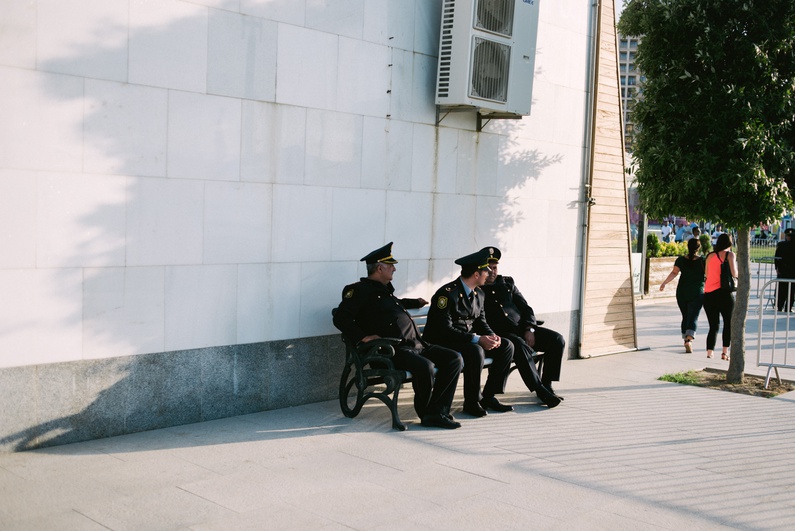 International institutions like Radio Free Europe, National Endowment for Democracy, Open Society and the OSCE have been hounded out, often accused as spies. The media is rigidly controlled, the government effectively a one-party state and an oligarchical system ensures money circulates only around the top. Activists I met have lost hope. One told me:

“I became a pessimist. If the opposition holds a rally here, they might get three or five thousand people maximum. Nowadays we have just bread and circuses. And Lady Gaga singing John Lennon. What’s next? Rihanna singing ‘Wind of Change’? All of my friends are still in jail.”

Anyone that cares about the people of Azerbaijan should be concerned about the country’s democratic and social future before anything else. Wherever (or perhaps even, if) the European Games are held in 2019, it should take place in an atmosphere of inclusivity and equality. If not, it doesn’t deserve the label ‘European.’