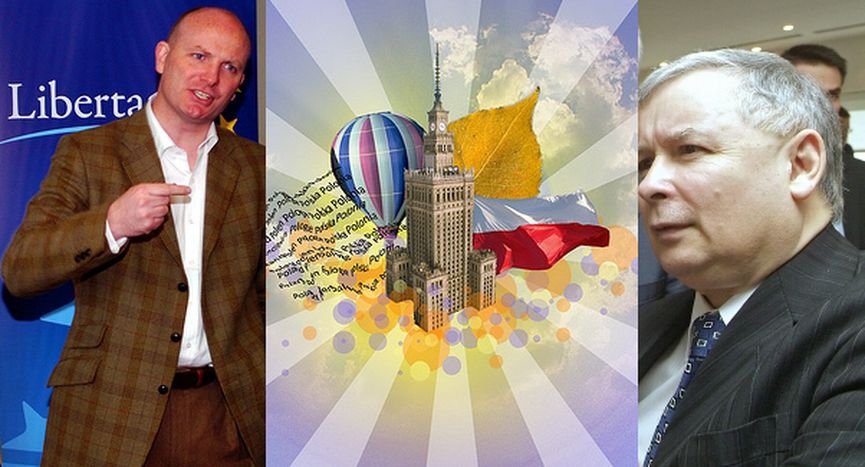 The Europe-shaped hole in the Polish campaign for June elections

Obviously, this is not a country-specific phenomenon, but a pan-European one. What is not typical is the lack of any debate between the main political parties, even on domestic issues. The ruling party and the main opposition party seem to be focused exclusively on the names that supposedly ensure the highest possible score

Interestingly, it is the Polish far right that has embarked on a most European campaign. Not only did it join the pan-European Libertas movement launched by Declan Ganley, but also concentrated on the Lisbon treaty (or rather its rejection). Not able to repeat his success with the Irish ‘no’ to the Lisbon treaty, Ganley might still be more successful in Poland than in any other member state. However, this ‘Europeanisation’ of Polish eurosceptic forces results predominantly from the lack of domestic structures (mostly taken over by PiS), as well as lack of budgetary funding due to extremely weak results in previous national elections. As in 2004, European elections serve as a leverage to bring the Polish far right back into political life.

This is bad news for PiS, the ruling law and justice party. Its leader Jaroslaw Kaczynski was hoping to win the conservative and eurosceptic voters, while positioning his party against the liberal and predominantly europhile PO (civic platform, the opposition party). Ganley-sponsored Libertas is Kaczynski’s worst dream come true: a competitor on the far right. Weakened PiS is good news for PO that is hoping to obtain 40-50% of the votes. This is a great chance for the reinforcement of the Polish delegation within the EPP-ED (European popular party-European democrats), presumably the biggest political group also in next term. Greater consolidation of Polish centre-right representation would allow for considerable influence on the biggest European parliament player.

It seems though that distribution of votes is less of the problem than the number of voters that would actually bother to participate. In 2004 the turnout was only 20.8 %, second to last in the EU25. According to the opinion polls conducted in March and April this year, approximately 30% of Poles declared firm intention to vote. In 2004, one week before the elections, it was 45%. If the trend is maintained, the current elections will attract less than 15% of Polish voters.

Interestingly, all the opinion polls show that Poles are among the most fervent supporters of the European integration among all the 27 member states. What is the answer to this puzzle? Again, it is not about Europe, but about national politics. Poles are perfectly aware of the partisan games played by the politicians and they simply refuse to take part. Maybe they care too much about the EU to send incompetent politicians who they do not trust there. The good news is that those who finally turn out are strongly supporting European integration: 50% of europhiles are definitely going to participate, in comparison with only 25% of eurosceptics.