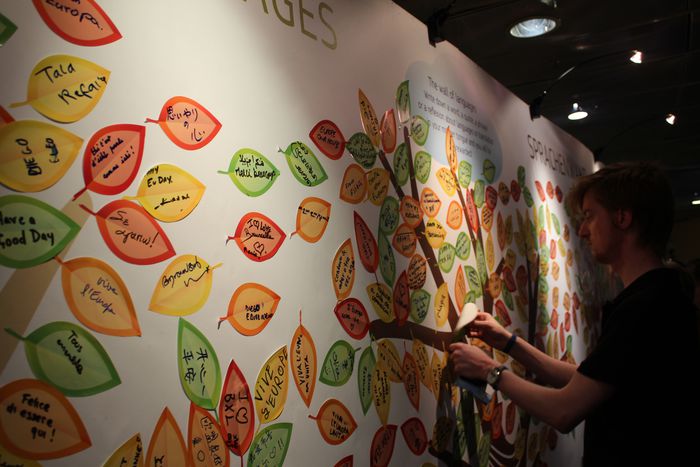 “The EU should encourage the cultural diversity that exists inside its borders.”

As part of the European Angst conference on populism, extremism and euroscepticism that was held in Brussels last December, 42 students from different countries prepared a manifesto which they handed over to EU officials after the conference. I had the chance to Skype with two of these students and ask them questions about this manifesto.

In the manifesto, the students demanded to take the economic struggles in the EU seriously and they pleaded for a Europe-wide living wage. Furthermore, the youth unemployment should also be addressed and exchange programmes between different schools have to be established, so that students from different backgrounds can mingle.

Inva Nela is an undergraduate student in the department of Political Science and International Relations at Epoka University. She interned at the Albanian Ministry of Foreign Affairs as well as the European Movement Albania.

Anzhalika Yeraminovich is enrolled in a Master's course on Global Political Economy.

When I talked to them, both Inva and Anzhalika were very passionate about the topics of the manifesto. 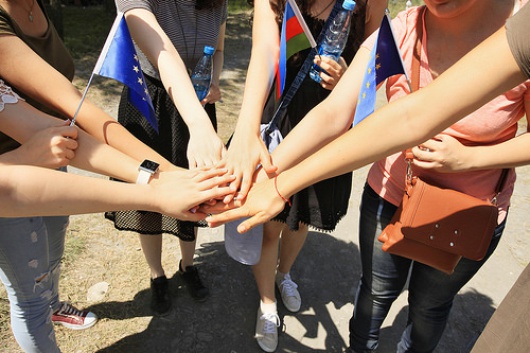 cafébabel: Why were you interested in taking part in writing this manifesto?

Inva: I come from Albania, a small country in the West Balkans. Albania has entered the integration process to becoming an EU-member state. Being part of the EU is a national objective for us. It meant a lot for me to be able to take part in the manifesto.

Anzhalika: The manifesto was part of the project. It was an act of voicing our concern for what’s happening in Europe.

cafébabel: How did all of you collaborate on this manifesto?

Inva: We didn’t know each other beforehand, but since all of us had a common interest in this topic, we had a great desire and engagement on this issue.

Anzhalika: When applying for the “European Angst” conference, we wrote our thoughts on the topic on the application, and we used these thoughts in the manifesto as well. Our first idea was to voice the fear that is associated with the rise of populism in Europe. The end product is a tool; our goal is to impact the reader with our thoughts. 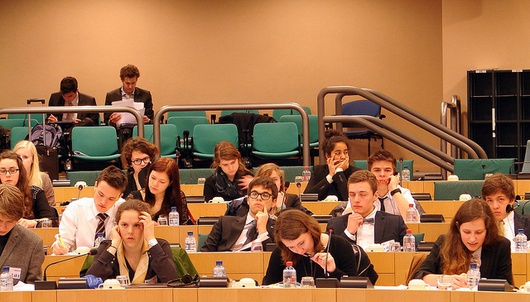 cafébabel: What did you want to achieve with this manifesto? What is your goal?

Inva: A phenomenon like xenophobia cannot be a part of our culture; we have to fight it urgently. It is of the utmost importance to diminish something like this phenomenon in our society. We as a modern society must learn to accept other cultures.

Anzhalika: “European Angst” is what we all fear to state. This is an important issue that needs to be discussed. It’s an issue that has been growing economically, politically and socially and it’s the crisis of the liberal democracy. This is a big crisis, and it’s not easy to find a response, but we try to grasp it.

cafébabel: Why are you interested in what is currently happening in Europe?

Inva: The issues Europe is dealing with concerns every one of us, not only Europeans. Phenomena like populism and extremism are happening on a global level. In writing this manifesto, we, young people were given a voice, so our feedback on the situation is important.

Anzhalika: My home country Belarus is located near the Ukraine, where there have been political issues. All of Europe is faced with a geopolitical crisis. I fear that there will be military actions and even wars.

cafébabel: What is the most important statement from this manifesto in your opinion?

Inva: The EU should accept its responsibilities in addressing the problems (like the economy crisis for example), not neglecting them, otherwise it will get worse. It should also encourage the cultural diversity that exists inside its borders. I firmly believe the EU can stand through the crisis.

Anzhalika: It’s important to state the fear of what’s happening in Europe and to address it. The EU has been established for stability. The political changes question this goal, but our aim is to get to a new stability in the EU.

As of today (April 2017), the students hadn’t heard from the EU officials about the manifesto yet. However, since in politics, everything first needs to be debated and discussed, it’s important to remain patient.