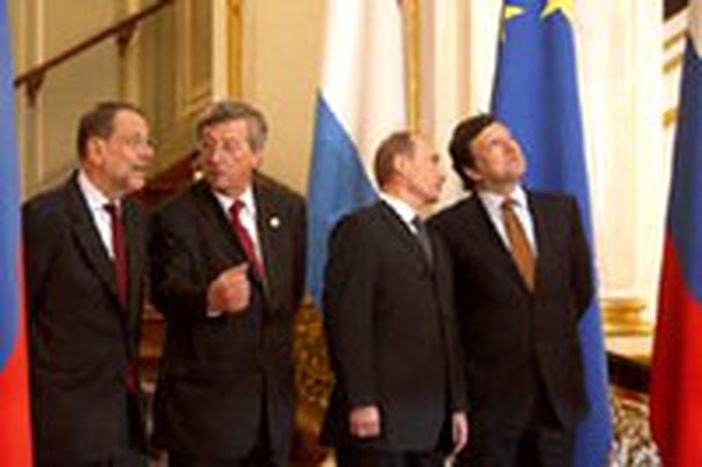 As the EU-Russia summit in Sochi gets into full swing, more and more items pile up on its agenda. However, EU concerns about Russia’s energy supplies threatens to overcloud all the other issues

2006 is a key year for the future of the EU-Russia relations. First of all, this year the EU is to adopt its new long-term strategy on Russia; the previous country strategy written in 2001 covered the period of 2002-2006, and needs an urgent update.

Second, the Partnership and Cooperation Agreement (PCA), the primary document on which EU-Russia relations are based, also expires next year, and the Sochi summit will see the two parties start working on a replacement. This document will largely define the framework in which all future negotiations will occur.

Third, in 2006 the two parties seem to have finally reached an agreement on visa facilitation and readmission, the two contentious issues that have cluttered the summits’ agenda for several years. Sochi might be the perfect venue for clinching deals on both.

In contrast to the official discussions, the unofficial agenda is, however, long and more provocative. There are a number of issues that pose a threat to the future of the Russia-EU relationship.

The first and foremost of these issues is energy security. The Sochi summit will be a prelude to the G8 meeting, entirely dedicated to energy security issues. More than the other members of the G8, it is the EU countries that are most tied to Russian energy supplies. Thus, it seems likely the EU will use Sochi to test the water and see what it might be possible to achieve.

The biggest obstacle to a successful dialogue in this sphere comes from the fact that some European countries - most notably Germany - prefer to hold bilateral negotiations directly with Moscow, bypassing the EU.

There is no consensus inside the EU on this issue, and the whole situation is reminiscent of the split between the Old and the New Europe. This is especially the case after Radek Sikorski, the Polish defence minister, compared the Russian-German oil pipeline proposals to the Molotov-Ribbentrop pact of 1939. The North European Pipeline is a joint project by the Russian Gazprom and the German E.ON and BASF to build a gas pipeline under the Baltic Sea to deliver the Russian gas direct to Germany. It is irritating Poland and the Baltic states, whose territory the pipeline would bypass. They were not consulted on the issue and stand to lose potential revenue.

An open and shut case?

Another hotly debated issue is Gazprom’s attempt to launch takeover bids for the EU’s domestic energy companies. The row over Gazprom’s potential takeover of Centrica, which has a substantial share of the British domestic gas market, has even led Vladimir Putin to threaten to redirect gas from Europe to Asia.

Tony Blair’s response has been quite moderate and did not exclude the possibility of the takeover. However, as Gazprom has become the 3rd biggest company in the world by market capitalisation, Centrica is hardly likely to be the last victim of its thirst for acquisitions. How will the other European countries respond to such takeovers? In view of the recent wave of protectionism sweeping the continent, the omens do not bode well.

There are two options: either block Gazprom’s approaches or ask for equal access to the Russian energy market for EU firms. Few doubt that the latter is a better option, since it does not create a confrontation with Russia and would largely please European businesses. However, to make this happen the EU would have to insist on Russia’s ratification of the Energy Charter Treaty, which Russia signed in 1994.

The treaty provides for a greater liberalisation of the Russian energy sector, including such measures as de-monopolisation and opening up the market to foreign companies. However, the Kremlin has repeatedly stated that in order to ensure the stability of Russia’s energy supplies, a closed monopoly is the way forward. The EU doesn’t have much room for maneuver; Russia’s failure to ratify the treaty would leave the European market vulnerable to takeovers from protected Russian companies.

Another related issue that the EU is likely to bring up is ensuring that Russia does not use its energy as a means of bullying its neighbors. January 2006 saw Russia turning off the gas supply to Ukraine, a move which led to shortages in many European countries. This may happen again soon – both in Ukraine and in Belarus. The EU has little leverage and even fewer arguments to persuade Russia not to increase the energy prices for its neighbours.

Then there is a long list of other areas where Russia and the EU disagree. What to do with Iran, how to deal with Hamas, how to discipline the Belarussian dictator Alexander Lukashenko, how to speed up Russia’s accession in WTO - all of those are big questions that might not fit the agenda of the summit. But even if they do, EU’s concerns about energy are likely to make its stance on those issues quite vulnerable to Russia’s monopoly power.