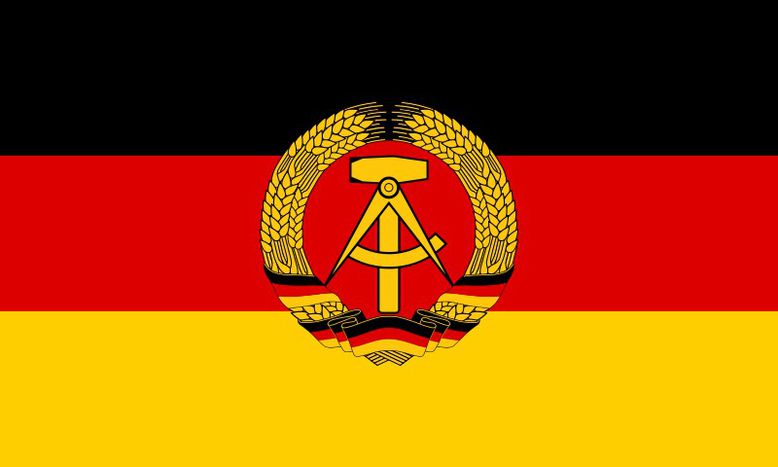 The EU puts the GDR flag up in Brussels

An awkward EU faux pas - for the European green capital ceremony on 2 March in Brussels, where Hamburg won capital of 2011, an ancient GDR flag was put up to represent Germany - ups. Latest titbit of news from Brussels

When Hamburg’s urban development and environment senator Anja Hajduk, 45, came to Brussels on 2 March to pick up the award for her city - crowned green capital 2011 - to an astonishing sight. It's been nearly twenty years since the Berlin wall came down, so spectators and journalists couldn’t quite believe their eyes. On the stage, next to the EU and Swedish flag, an ancient GDR flag with hammer and sickle quite innocently represented Germany.

On the stage, next to the EU and Swedish flag, an ancient GDR flag with hammer and sickle quite innocently represented Germany

A staff member of Brussels’ Solvay library, where the award ceremony took place, is said to have found it in the basement of the building, as the centre-right German daily Bild puts it. Embarrassing detail: on all official pictures, the faux pas was retouched by the EU afterwards - thanks to Photoshop! The environmental spokesperson of the EU, Barbara Helfferich, told Bild: 'We should have noticed. But it’s not really our charge to check the flags.'