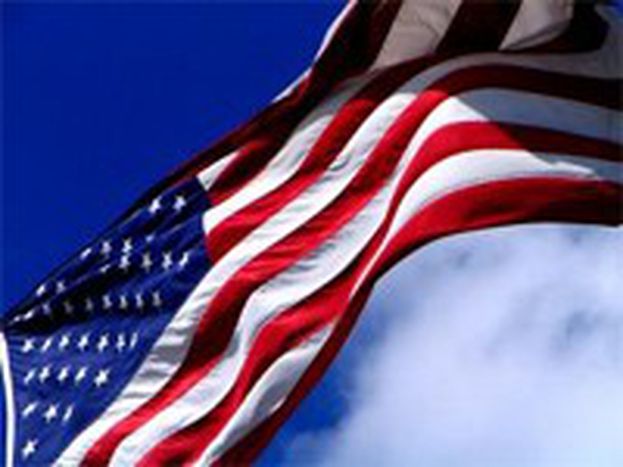 The EU is no rival for the US

The European Union as a credible political and military adversary of Washington? American public opinion thinks not.

For ordinary Americans, the majority of whom have never traversed the Atlantic and are exposed only to superficial television news coverage of the EU, Europe remains the distant realm of sovereign states and clichéd national stereotypes. Many Americans remain unaware that the euro has replaced 12 national currencies and that elections are held for a European Parliament. Far from being a future rival superpower, the EU is thus perceived as little more than the renamed European Economic Community.

Such insularity is no virtue but it has explanations. The USA has more than twice the land area of the EU and its only international land borders are with Mexico and Canada. Add to that the fact that Americans enjoy only half the amount of paid leave as most Europeans and it becomes unsurprising that ordinary Americans are much more likely to holiday at home than abroad. Unfortunately, that means that they lack the direct experience needed to flesh out or correct distorted representations of Europe that they may hold.

The story is very different for American political and economic elites, including the more than 10 million Americans who fly to Europe every year. Their perspective is informed by immediate experience and by the consumption of more and higher quality news about international affairs. The broad consensus among these elites is that the EU is a model for economic, rather than political, integration, with the EU as unambiguous proof for the idea that lowering trade barriers produces prosperity.

But while only 14% of the general public polled in The Chicago Council on Foreign Relations’ Global Views 2004 identified “economic competition from Europe” as a problem, elites believe the US dollar’s role as the primary reserve currency could be challenged by the euro. The anxiety is not that central banks in East Asia and the Middle East will desert the dollar for the euro but that they will include a greater mix of euros and dollars that they hold in reserve. When the dollar is no longer quite so essential to the stability of global currency markets, its value against other currencies will tend to reflect the real strength of the US economy, subjecting the dollar to the possibility of larger fluctuations in value. This could cause foreign lenders to demand higher interest rates in response to their increased financial risk, an outcome few in the United States would want.

But if elites perceive the EU as an economic superpower, they also believe it is unlikely to emerge as a political-military superpower in the near future. They are convinced that for the next few decades to come only Washington will have the military capacity and political will to respond to serious international security crises by projecting military power anywhere on the planet. The wars in Bosnia and Kosovo convinced American liberals that Europeans are unable to act effectively even in their own backyard without American leadership. Americans conservatives have convinced themselves of something similar with respect to the Middle East, although the high price of the Iraq War is eroding some of their confidence about the unilateral assertion of American military power.

Even in the long term, some conservatives simply dismiss the odds of the EU emerging as a political-military superpower in the belief that historic national rivalries make it unlikely or even impossible. Those conservatives who do conceive it as a possibility are divided over its desirability. Where foreign policy realists tend to view the prospect as neutral or even positive, since another democratic superpower would share the burden of managing conflict, neo-conservatives view the reluctance of most European elites to use coercive diplomacy and military power as obstructive to their grand project of imposing a universal democratic capitalist world order. Meanwhile, wandering in the political wilderness since the Democrats lost the White House in 2000, Washington’s foreign policy liberals generally see the emergence of the EU as a political-military superpower in the future as both probable and positive.

While recent referenda on the EU constitution have compelled most Europeans to think seriously about the implications of the EU as a supranational entity, there are no comparable stimuli for most Americans. Popular awareness of foreign affairs is typically the prisoner of limited media coverage of international events and, since the EU does not act as a single entity on foreign policy issues, the majority of Americans have yet to connect the EU with any past or present crisis in US foreign affairs. In contrast, American elites, who are aware of the role played by the EU, remain divided as to its global importance and its desirability.