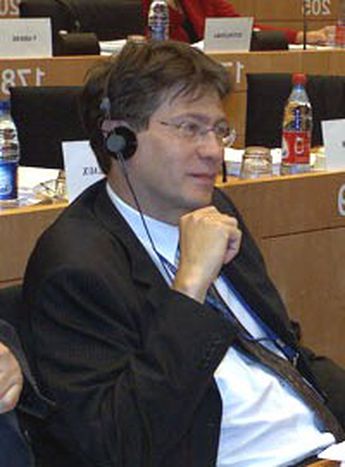 “The EU is an enterprise where all of us are shareholders”

In an interview with café babel, Hungarian MEP István Szent-Iványi reflects on the attitudes of Hungarians towards the EU accession of their neighbours, Romania and Bulgaria.

Since May 2004, Hungary has gone from being an EU hopeful to one of the ‘in-crowd’, speculating on the accession of more countries to the EU club. István Szent-Iványi, previously Undersecretary for the Hungarian Ministry of Foreign Affairs, believes that Hungarians have nothing to fear from the accession of Romania and Bulgaria.

What fears do ordinary Hungarians have regarding the up-coming enlargement of the EU?

In my opinion, Hungarian society as a whole is not afraid of the accession of Romania and Bulgaria. It is natural that there are some concerns, for example, people are worried about cheap Romanian workers coming in. What makes the question more difficult is that for historical reasons [namely the annexation of Transylvania from Hungary to Romania in 1920], Hungarians have reservations about Romania. However, for Hungary, it is not only of political but also economic interest that Romania joins the European Union. Not just for Hungarian multinationals investing capital in Romania, but also for the hundreds of small and medium-sized enterprises that have managed to work out stable cooperation agreements with Romanian partners. Beyond these economic advantages, Romanian membership will also bring the possibility to launch common infrastructural investments and regional projects.

And on a political level, what concerns are there?

There is concern over the allocation of EU funds, since the more members the EU has, the less member states have to settle for. It seems that the big member states have become more and more tight-fisted and they want to freeze their contribution to the EU budget at 1% of the EU’s Gross National Income. People have had enough of this horse-market EU. Those haggling over small amounts have entirely forgotten about their common goal: to increase the competitiveness of the Community. The EU should be looked at as an enterprise, where all of us are shareholders. Obviously, the interest of the shareholders is the success of the enterprise as a whole.

Do you think that Romania and Bulgaria are ready to join the EU?

Politicians tend to react to the fears of the public, which is why derogations have been made to the EU accession treaties that could postpone the entry of Romania and Bulgaria to 2008. It is important to note that postponing the date of accession would not be because of the level of preparedness of the two acceding countries, but could rather be evaluated as a reaction to the recent problems of the European Union; in other words, a gesture to the public. As a whole, I would not deem the postponement of Romania and Bulgaria joining the EU as a tragedy. It is a fact that it would cause a loss of prestige for them but, strictly speaking, accession in 2007 would be financially disadvantageous for Romania: it gains much more money from the Pre-accession Funds than it would from EU coffers after joining.

Will the accession of Romania and Bulgaria give the EU member states that joined last May more weighting?

István Szent-Iványi will be speaking at the Café Therapy debate in Budapest on November 26, 2005.