Richard Corbett, a British MEP since 1996, gives his views on Britain's role in the EU, federalism and the dangers of saying no to the Constitution. 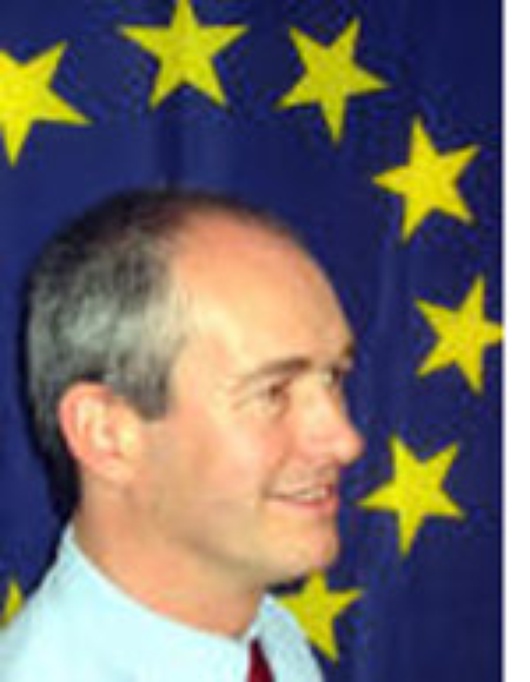 Is it possible to define a specifically ‘British’ attitude towards the crisis that is taking place within the Commission, both within the European Parliament and other circles?

Views on this issue transcend nationality. The European Parliament is organised along political lines, not national lines: the Socialist group contains Social Democrat and Socialist parties from across Europe; the Christian Democrats contain centre-right parties from across Europe and so on. The Socialists and the Greens were unanimous in their position opposing the Committee proposal, just as the Christian Democrats were almost unanimous in theirs. So there isn't really a specifically British element there. As for views here in the UK, I've been very heartened by the large number of e-mails and letters I've received from Yorkshire constituents on this subject. Most have been urging me to vote against a Commission including Buttiglione, a few have written in his defence. It's reassuring that Yorkshire people are taking a genuine interest in European affairs - clearly they do realise the effect this can have on their lives and the power they have to do something about it, through their elected representatives.

Do you think that scepticism towards the EU Constitution and the idea of a federal Europe will be exacerbated as a result of Barroso’s ‘defeat’?

No. Barroso's withdrawal of what would have been a weak Commission is a victory for parliamentary democracy. If anything, it will increase interest in the work of the European Parliament back here in the UK, raise awareness of European issues, and stimulate much-needed debate on the subject. It shows that the EU is a system with democratic accountability.

Does the fact that the European Parliament may be successful in its bid to get rid of the five problematic Commissioner-designates constitute a ‘victory for federalism’?

Federalism? It's a victory for representative parliamentary democracy! The election of a European Commission has always been something that's decided at a European level, as it should be, and Parliament is not somehow expanding its powers by doing this. It's had these powers for a while, though this is the first occasion it's used them in this way. Anyway, it may be jumping the gun a bit to suggest that Parliament is bidding "to get rid of the five problematic commissioner-designates". MEPs expressed dissatisfaction with a number of candidates for various reasons, but the next move is Barroso's. He's delayed the decision so that he can rethink his proposed Commission and present a revised slate which can be judged more acceptable. I shouldn't think we'd expect him to start kicking out candidates left, right and centre.

According to the Conservative Party’s official website, most people in Britain oppose the European Constitution. Do you think this is an accurate assessment of the state of British public opinion?

No. The debate on the constitution has scarcely begun, and I doubt that British public opinion is settled enough at the moment to be either for or against the constitution. Many British people do have an automatic distrust of anything with the word “Europe” in the title, but that’s as much to do with the constant stream of anti-EU propaganda put about by our overwhelmingly anti-EU press and Euro-sceptics in this country including, increasingly, the Conservatives themselves.

In your experience, what is the best method of combating Euro-scepticism?

The debate about Europe in the UK is largely about myth vs. reality, so to a large extent it’s simply a matter of putting the truth in the public domain. When people have access to information and are able to distinguish the myths from reality, the benefits of Britain’s role in Europe quickly become clear.

So our campaign is a combination of two elements: one, providing positive factual information, and two, rebutting the myths whenever they occur. We need to be a lot more vigorous in putting both these aspects of the campaign into practice, particularly with a general election and a referendum on the Constitution imminent.

Does the fact that Britain does not have a codified constitutional document have an impact on how the European Constitution is perceived in Britain?

Possibly. But the EU Constitution doesn’t replace or in any way compromise national constitutions. In fact, it includes articles spelling out that specific point clearly. And it’s important to remember that the word ‘constitution’ simply means the basic rulebook of an organisation – be it a sports club, an international organisation or a state.

In your opinion, does ratification of the European Constitutional Treaty constitute one more step on the path towards federalism, or is it just a ‘tidying-up exercise’?

The Constitution is in part a tidying-up exercise but it is also a set of reforms and improvements to the way the EU operates. It will make the EU more effective and more democratically accountable. It will also bring greater clarity as to what the EU is and how it works. It will not turn it into a centralised state as it has a limited set of responsibilities: the member states themselves determine the scope of the EU's responsibilities and any changes to the Constitution require unanimity.

How will it affect Britain’s role in Europe if the European Constitution does not get past Parliament or if the British electorate rejects the Constitution in a referendum?

If one or more countries don’t ratify, initially the Constitution won’t enter into force and the EU Council will have to meet so it can decide what to do next. There will inevitably be further negotiations, but if only one country, say Britain, fails to ratify, that country would of course be in a very weak position. Other member states who want to push ahead might find themselves reluctantly forced to consider leaving us behind, and that, of course, would be a disaster for Britain.