The "Enthusiastic Nomads": Exploring the world in tandem

They left Italy on the 12th of June 2014, and haven't stopped riding their tandem since. "We set off on our journey with one goal in mind: Wenzhou,” say Alessandro and Stefania, two travellers “by choice”. “Now we've crossed 16 countries to Thailand, travelling approximately 20,000 kilometres,” and living in hundreds of different houses without ever owning any of them.

Stefania graduated in cultural anthropology and writes for the web. Alessandro does all types of manual labour. Both born in 1984, Italy – and Prato specifically – is the place they consider their "origin". "In fact we originally came from the South," they explain, "But we have lived away from the city for a long time…"

Ever since Stefania first backpacked around East Africa and Alessandro crossed the Apennines on a donkey, they have defined themselves as "enthusiastic nomads and unrepentant travellers".

Eighteen months ago they embarked on their latest adventure: from Prato – home of one of the most populated Chinatowns in Europe – to Wenzhou, China.

"With a tandem bike – and only essential baggage – our goal was to travel the roads of the world," they explain. However, their more "noble" objective is "to document our experiences connected to ecology along the way, and to make such lifestyles better known through our personal choices – both concerning travel and more existential topics." 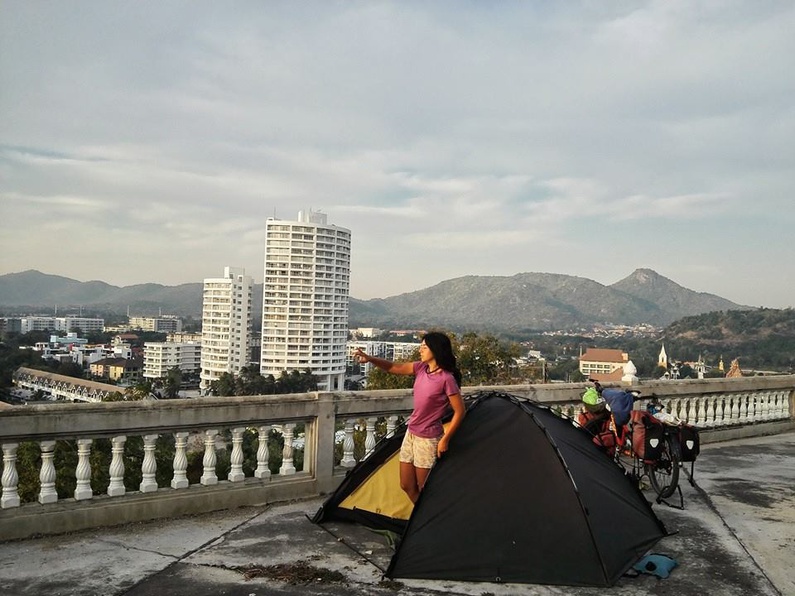 After the first part of their journey across "The Boot", Alessandro and Stefania haven't pedalled their way back to Italy since the 4th of October 2014. "Over 20,000 km," says Stefania, "It's strange to think of taking a plane and undoing, in a few hours, the distance we've travelled over more than a year." What's more, they have decided not to stop, and today they are somewhere in Southeast Asia. Their final destination? New Zealand.

No home? Or a thousand different ones?

Over the last year and a half, Stefania and Alessandro have lived in hundreds of different houses, without ever owning any of them. "On the one hand," they explain, "we feel 'homeless' because we don't have to pay rent or bills. But it is also true that we feel at home everywhere we go, and we feel nostalgia when we think of all the people that have hosted us."

For this couple, the idea of home is not something concrete: "The tent is just a place to sleep. On the contrary, home is the smell of sheets or the taste of our mothers' cooking."

At the same time they think of home as "the places where people receive us. the little patch of earth where we pitch the tent in the evening, and the infinite sky under which we wake up in the morning.”

Home is the hospitality reflected in the attitudes of every town they visit towards foreigners. Nearly every Turkish or Iranian family provides a common space in which to receive visitors, often the same room as the carpet to eat around and mattresses for sleeping.

"[In Iran] they called relatives and friends in order to prepare for our arrival in the neighbouring city," Stefania explains, "In Turkmenistan and Uzbekistan the space for guests is often outside, on a cosy wooden platform. In the mountains of Kyrgyzstan, the shepherds' yurts are open to everyone; they are synonymous with survival.

"In frenetic China, hostels, canteens, dormitories and public baths provide ample private space; there is no separation between street and house, between market and office."

When they finally reached Laos and Cambodia, the bamboo houses "seem like improvised shelters at the mercy of the current. Here, people have never invited us in, preferring to receive us in school classrooms, or on hammocks in the shadows of trees." 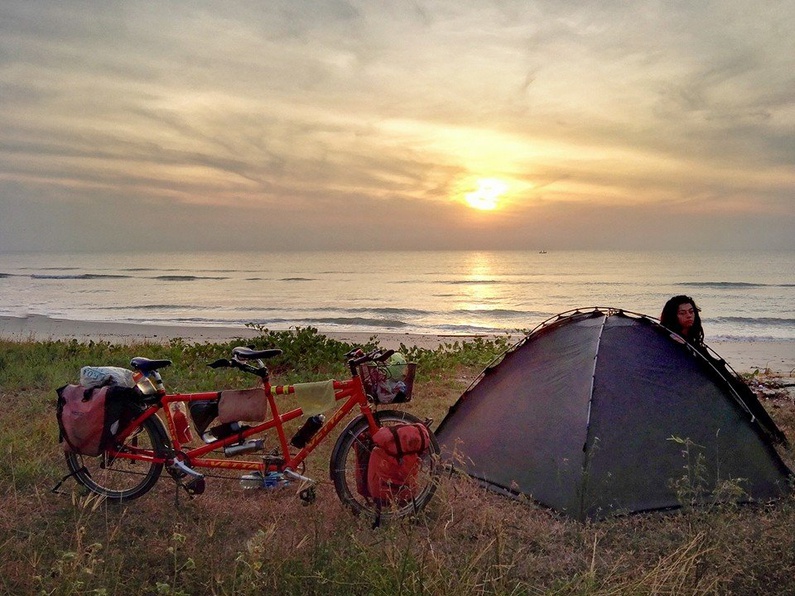 "The cultures we experience stick with us day after day," explains Stefania, "When we left Iran, it was by then a habit for us to thank everybody with a hand opened on the heart. In Thailand, a greeting with folded hands seems more spontaneous."

For Stefania and Alessandro, the "elastic" that connects Europe to the rest of the world has continued to stretch and jolt during 2015. Crossing countries with Muslim majorities after Charlie Hebdo, they are now familiar with the other side of this so-called clash of cultures.

"We were considered – due to the fact we were European – as spokespersons for the Islamophobic fear attributed to Western society," they explain, "People showed us the authentic spirit of Islam – the only one we consider real."

In China, Europe really felt small and distant: "Here nothing is known about Europe at all, just like where we come from nothing is know of this part of world. If it hadn't been for the collapse of the Euro affecting exchange rates, we wouldn't have known of the latest attacks in Paris."

The Italian couple have travelled along old migratory routes to Europe, in the opposite direction to history. "We were overwhelmed by the Syrian crisis in Iranian Kurdistan," Stefania remembers, "Where the TV continuously transmitted propaganda videos picked up from Iraq, inviting all their Kurdish compatriots to war against ISIS. We travel with an open mind because we can count on the hospitality of people; we know that wherever we go, our home awaits us on arrival. For a refugee that is not the case, and for that we feel ashamed." 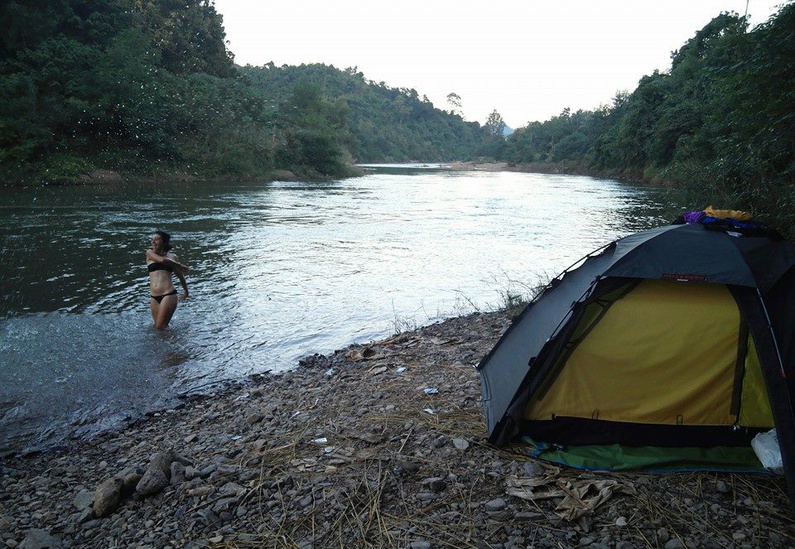 A quite literal world of distance separates the Schengen area – to which many Europeans are accustomed – from these countries, enclosed by borders. "Visas are surely the greatest annoyance," they argue, "making you lose time and money."

In a climate of uncertainty surrounding the future of free circulation in Europe, "travelling outside [of the continent] makes one realise how much the freedom to cross borders is a privilege, available only to a few, as well as a sign of well-being and development" – an "immense resource", they explain, that Europe would do well to hold on to.

Their next target is New Zealand. After that? "We will stop for a year to work for the money in order to continue travelling. We want to return to Asia to visit India, Nepal, and Myanmar before changing continents. South America is another dream in the drawer..."