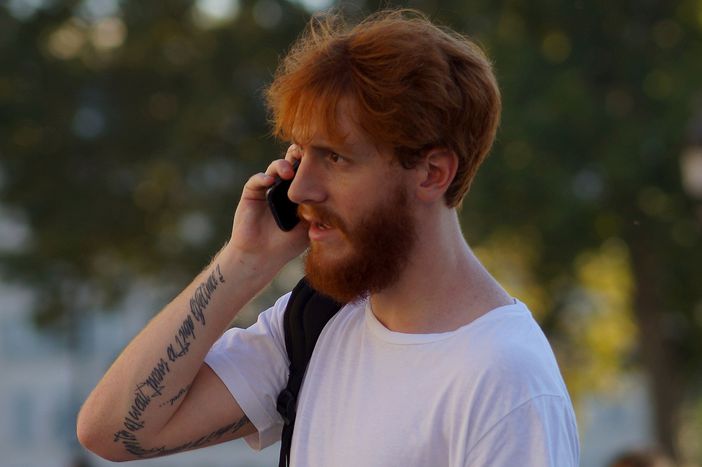 The end of roaming charges

"Roam like at home" will apply across the EU starting today, Thursday. Those who travel abroad will no longer have to pay additional charges to use their mobile phones for normal calls. Most users and consumer protection agencies see this as good news, but there are also others rubbing their hands in glee, Europe's commentators point out.

De Standaard sees the new regulations on roaming charges as a hopeful sign for the EU's economy:

“Now that it's clear that the election year won't bring an irreversible breakthrough for populism and Euroscepticism, this gift to consumers is well timed. The rekindled enthusiasm for the European integration project, the restoration of the Berlin-Paris axis and economic growth are contributing to a sense of cautious optimism. Donald Trump turning his back on Europe is doing the rest. The fresh wind is not yet more than a gentle, cooling breeze on a baking hot summer day. … But it's becoming clear that this stagnant Europe, this unpopular, cumbersome and unruly construction, still has a chance to survive after all. The roaming charges episode points the way forward: the possibilities for making the lives of Europeans better, more beautiful and richer are endless.” (15/06/2017)

Večer doesn't believe that mobile phone customers will be the main beneficiaries of "Roam like at home":

“Let's not entertain the illusion that we consumers are important in this equation. Because more Internet traffic will attract more advertisers. This year we'll take more photos and videos that we'll 'like' and share via Twitter. ... Sales figures for the top hard discs, computers, tablets, telephones and television sets will rise. And who stands to profit most from all that? Google, Facebook, Youtube, Snapchat and Instagram. ... All US companies. Okay, and a few from Korea, China and Japan. Donald is already rubbing his hands in glee.” (15/06/2017)

“This Thursday an absurd situation for EU citizens comes to an end. In a zone in which people, goods and capital can circulate freely there will cease to be extra charges for using your mobile phone outside the state where you have your phone contract. Although this practice may have been justified in the early days of mobile phones, the fact is that there is no reasonable explanation for it nowadays because the huge mobility of customers ends up compensating for the extra costs each company has to bear. Since we always criticise the bureaucrats in Brussels we must acknowledge that this time thanks to the European Commission's perseverance the rights of users have prevailed against the obstacles put up by companies.” (14/06/2017)

Only the cosmopolitans will benefit - Tages-Anzeiger, Switzerland

Ultimately it will be those who use their mobile phones mainly in their home country who pay the price for the end of roaming charges, Tages-Anzeiger fears:

“Telecommunications companies in the EU won't simply accept the loss of income from roaming charges. They'll try to make up for it. Several companies have already increased their rates for domestic calls. Others are likely to jack up the subscription charges. This phenomenon is known as the water bed effect: if policies push prices down in one place, they go up in another. In the end it will be Europe's cosmopolitans who benefit from the abolishment of roaming charges, in other words those who travel a lot and make phone calls from abroad. Their phone bills will go down at the expense of those who work in their home country and go on holidays and make phone calls from there.” (14/06/2017)