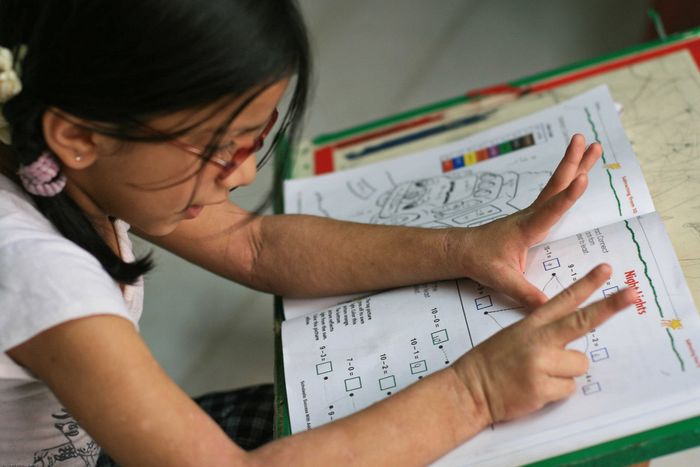 The “Merkel strokes” video has gone viral. The German chancellor awkwardly trying to comfort the 14-year-old Palestinian refugee Reem is symbolic of what is done for refugees on the institutional level in Europe: Attempts to sooth without actually solving the underlying problems. The lack of support for child refugees in the German, Swiss, and Austrian school systems is astonishing.

Eleven-year-old Fatima Khalil speaks Arabic, Hebrew and even English. But after she fled from Syria with her family to Switzerland, these language skills would only help her little. At first, her first school in Switzerland was not able to integrate her into the regular class because she couldn’t speak German. After some study-intensive months, Fatima was allowed to participate in regular classes, even though the teachers put her in the class two years below her age group. However, Fatima was happy.

Yet, a letter from the authorities meant the family had to move to a different city in a rush. Fatima was again put in the special language class for asylum seekers. After several months the pedagogues realised that her German was quite advanced so she was put in a regular class. This time her classmates were one year below her age group. While making new friends and still struggling with the language, she also had to catch up and follow what is taught in her new class - a major challenge for the eager refugee child left in the chaos of bureaucracy.

Fatima is just one of many child refugees in Switzerland, Austria, and Germany, who suffer from a lack of constitutional regulations. There is no state-level concept in any of these countries regarding how child refugees are dealt with in the educational system.

According to Eurostat, there were more than 200,000 asylum seekers in Germany last year compared to around 28,000 in Austria and 23,500 in Switzerland. Minors aged less than 18 accounted for 26 percent of all asylum seekers in 2014 across all EU member states. The total number of child refugees remains blurry, given the recent influx of immigration into the EU - the numbers provided by authorities do not seem representative anymore. 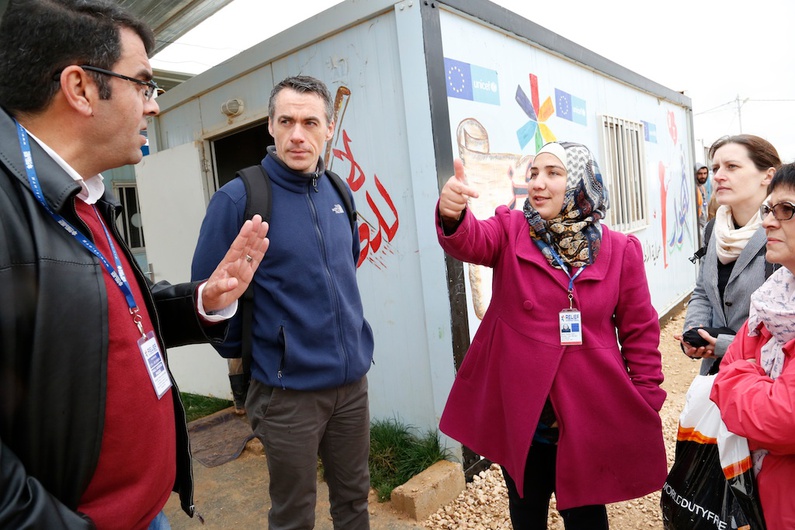 Journeying through the education system

In Germany, education for child refugees is subject to the same rules as the rest of the education system, so what happens to children school-wise depends on the respective federal state. According to a report by Deutsches Kinderhilfswerk (“German Children’s Fund”) some federal states do not require school attendance from children, whose parents are legally obliged to depart. Others only require the refugees to go to school three or six months after their arrival in Germany.

The Swiss receive asylum seekers and other ‘sojourners’ in so-called “passage centres”, where they are supported and counselled, before they get individual housing or continue their journey elsewhere. Before Fatima’s family moved to their third destination in Bern, they had to live in an underground “passage centre” for ten months. Afterwards they were assigned to Schafhausen, in the canton of Bern, where Fatima had to share a small room with her four siblings and her parents.

One of the reasons for the lack of state level care about the education of child refugees is the lack of appropriate teachers. Andrea Nikowitz, who teaches in an elementary school in Vienna, criticises the support for children, who need to learn German: “It is only eleven hours per week, and there is the need for more children to attend it. Unfortunately, the city’s school board has reduced expenses for education so drastically, that this year too few teachers were employed.”

Observers also point to a right-wing mentality in society and politics: there have been protests held in front of the asylum centre in Schafhausen last year and xenophobic rhetoric on social media.

In Germany, a heated debate has been going on about right-wing extremism with a focus on Eastern Germany and especially the federal state of Saxonia. Recently, right-wing extremists attacked the police, which tried to protect a new asylum shelter. More than 30 policemen and -women were injured. On Monday, Merkel finally made the first step to position herself in the discussion: “It is appalling, how right-wing extremists and neo-Nazis try to spread their hollow words of hatred around an asylum shelter,” her government spokesman said in her name. 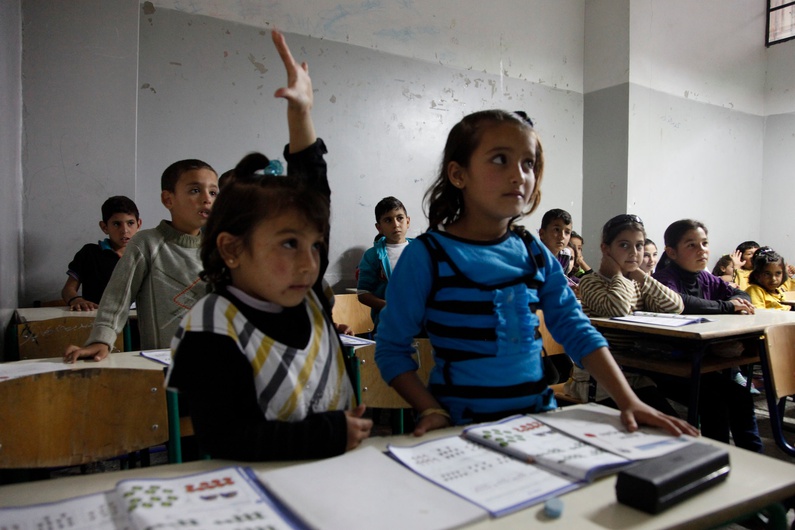 When there’s no government, the grass-roots jump in

Yet, some of the teachers are not only getting involved in detective work but also in new projects to support the individuals in their struggle to get their desired education. One of them is Michael Stenger with his own school “Schlau-Schule” in Munich. He teaches small classes with refugee children. This project is not only about learning German, but also about helping to strengthen the youngsters’ self-confidence. Stenger often tells them “that they are actually able to do something” as the Spiegel reports.

In Austria, too, there is a project that cares for young refugees, who cannot follow their desired educational path throughwhat the public system currently offers. "Prosa: Schule für alle" (“Prosa: school for everyone”) has the aim of ‘including the excluded’ in society, focusing on refugees, who want to finish compulsory schooling or apprenticeships, or improve their German in order to get a job, for example.

A project coordinator for the Austrian NGO AFS refugee aid foundation Martin Chichocki, said that it was positive that at least he saw things moving into the right direction in Vienna, but he found it concerning that most seemed to happen on an organisational level, while very few initiatives were coming from the government.

Andrea Nikowitz says that within the schools, a lot is happening: “For example, individual teachers and parents donate clothes and school materials, and there are a lot of creative projects, where language skills are not too important, that are open to all children.” However, she lacks financial (and psychological) help from Vienna’s school board. She claims the problem is “typically Austrian. It is easier if there are no rules.”

The Kahil family eventually moved into an apartment in Bern where, Fatima will once again end up in a different class in a new environment, trying to catch up with missed lessons. Yet, she hopes it to be the last stop on her journey through the jungle that is the Swiss education system.

This article was a collaboration between Franziska Bauer and Swiss journalist Bettina Zbinden.