The e-book business: who will profit?

Although in Hungary the technology is still in its infancy and the legal background not clarified, the emergence of digital texts and e-readers along with the fall of printed book turnover is a phenomenon which is experienced throughout the world. So the question comes up: what’s next?

Give me the latest version of the iPad and Kindle or leave me alone with all this stuff because I’m a bibliophile? Experts who were invited to the topic-related presentation of the fifth MEDIA Conference in Budapest were searching for answers together with students to the issues of copyright and content-sharing problems as well as to questions connected to publishers’ and distributors’ strategies. 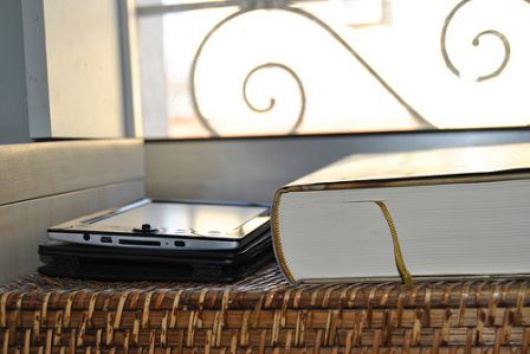 Among the guests were Eszter Gyuricza, head of Hungary’s leading publisher and bookstore Alexandra; dr. Balázs Bodó economist, senior lecturer at the Faculty of Economics of the Budapest University of Technology and Economics; and Péter Weiler, managing director of eBook Hungary Ltd .

First of all, the presenters made it clear that having different ideas about technological innovations comes naturally to the youth because they grew up in a digital world.

According to Péter Weiler, eBook Hungary started with an approach which aimed at preparing readers for a new world where digital texts succeed traditional books, which is already well-known in the Western countries. Whether books are really going to disappear or not is a controversial point because, despite preliminary expectations, the radio was also not abolished by television, but the market is definitely undergoing a change. The company invests its faith not in technology, but in people who may love digital reading in the future.

Besides the publishers, distributors and readership we should also not forget about the authors who have no idea what they are facing, said Eszter Gyurica. What is more, a question about e-book readers would also take them by surprise because they have not yet assessed whether this discussion would be relevant in Hungary. Reacting to this statement, dr Balázs Bodó reported on his own experiences as an author when he was experimenting with the free downloadable version of his own writings. Some of his long-time readers wrote him that at first they were willing to buy his digital texts, but as the hardly user-friendly program got on top of them they rather downloaded the pirate version.

It’s important to highlight that the new technology also differs in the way of use. When it comes to digital documents – as it can be observed on the internet – people tend to read shorter articles, and more casually. Thus publishing a booklet as an e-book is imaginable, while it occurs more rarely in print. The distributors used to toy with the idea of attaching additional chapters or multimedia contents to the printed work but on one hand it demands a vast amount of energy and on the other hand – according to Eszter Gyuricza – it is unrealistic in Hungary yet.

As was showed by the improvised public opinion poll conducted by Bodó on-the-spot, voting by a show of hands, it is worth for distributors considering cooperation with higher education. Students have to read an awful lot of pages which costs a fortune if printed, and reading on the screen is extremely tiring for the eyes, so the majority would be willing to invest in an e-book reader to a limit of 10-20,000 forints (around 35-65 euros). 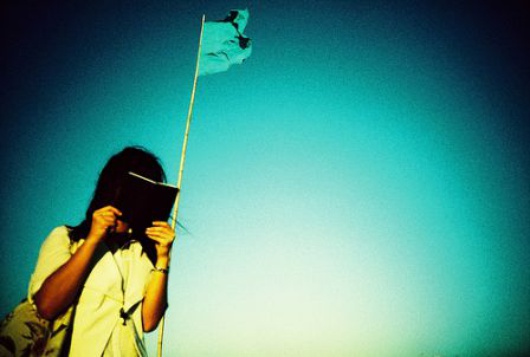 It turned out from another public opinion poll of Bodó that our parents’ books and records had a great impression on our childhood. But then, what are we going to say to our own children? Shall they browse the folders of our computer or shall they try to run our long broken e-book reader? We may have the impression that the experience fades away or at least it does not remain the same. How could we maintain the existence of our old values then? What is going to happen with the tradition of passing on books to the next generation?

The role of publishers, distributors and authors on the book market is a vital question for the future. The manufacturer of the popular Kindle e-book reader, Amazon has already started negotiations with the authors about circumventing publishers in order to give the right for distribution to the authors. Many of them will take the advantage of this for sure. At the same time some other authors still need the publisher’s pat on the back. It is only posterity that can judge which of them will be more successful.