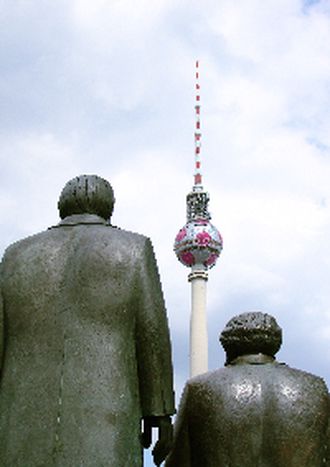 The dream of a recovery that never came true

The German government hoped that with the World Cup would bring a magic touch that would revive their flagging economy. But most experts do not share their optimism

Long before the World Cup kick-off, Dieter Wagner had already lost. “In the run-up to the World up we tried to coordinate our activities to take advantage of the added influx of tourists, but the hotel industry has not experienced a significant boom.” Dieter Wagner works to promote the economy of the Ennepe-Ruhr region. He was charged with the task of tempting football fans to Ennepe-Ruhr, which lies between the World Cup cities Cologne, Gelsenkirchen and Dortmund. However, now the World Cup is underway the results can be seen – there is not a single extra guest who will be staying in the region. Football has failed to bring about an economic miracle.

A better image thanks to the World Cup

Before the World Cup, hopes were high that the event would help the limping German economy back onto its feet. According to the Deutsche Post, thanks to the World Cup, the German economy will grow by up to 0.5%. The Federal Government predicted a boost of several billion Euros thanks to the spectacle. Thankfully, for you wouldn’t want the four billion Euros invested in stadiums to have been for nothing.

“The hosting of the football World Cup will give a noticeable boost to the rejuvenation of the German economy,” the German Chamber of Industry and Commerce (DIHK) joyfully proclaimed. 60, 000 jobs would be created. “Many companies are working on the assumption that the World Cup will extend its positive impact beyond the duration of the event itself,” the DIHK experts enthused. They highlight the improved image which Germany would benefit from as a result of the World Cup, emphasising in particular the gains the hospitality industry, the leisure and entertainment industry, retailers, the transport sector and security services would make from the event.

A similar prognosis of the situation was made by the Bundesagentur für Arbeit, the Federal Employment Agency (FEA). To work for the FEA, being an optimist is a prerequisite. These bureaucrats of the job market hope to be shot of a number of their “customers” thanks to the event. Peter Weger bravely sticks to the rules of the game. He is spokesman of the FEA in Düsseldorf. Thanks to its old town, airport and its proximity to the host cities Gelsenkirchen, Dortmund and Cologne, the town is considered a primary destination for World Cup tourists. That should have an effect on the local labour market – “The upswing is more than just a felt one, even if it can’t be quantified,” Peter Wege explains in a fairly vague manner.

“Just a flash in the pan”

The industry representatives of the capital of North Rhine-Westphalia are not quite so optimistic. “Bar and restaurant owners will employ temporary staff and 400-Euro jobbers” - Thorsten Hellweg, spokesman of the hotel and restaurant association for North Rhein, does not believe in a sustained job-miracle.

Most economists are of the opinion that the World Cup will be a flash in the pan. This view is in line with post-World Cup economic developments shown in the past decades. None of the host nations was able to attain higher economic growth a year after the actual championship – it was only in the year of the World Cup itself that the economy grew somewhat stronger than it otherwise would have done.

Many German experts verify this opinion. “The World Cup is not a manifesto of economic policy,” says Michael Grömling of the Institut der Deutschen Wirtschaft (Institute of the German Economy) in Cologne. Though he too believes that the Germans will show higher consumer spending during the World Cup, he says “it remains open to question whether this money will then be saved up again later.” Markus Kurscheidt, a sports economist based in Bochum, agrees. He has researched the economic effects of the World Cup and came to the conclusion that “of course some sectors will benefit. But the question needs to be raised as to whether this is genuine additional growth.”

The Bochumer has however identified one key winner – FIFA. They are the owners of the tournament’s format and of the marketing licences. However, various German municipalities who hope that their stadiums will shine during the World Cup might have a rude awakening after it is over. For example, Leipzig now has an outrageously expensive new sports arena but no first-class user for after the World Cup. “The Rolling Stones cannot go on tour as often as would be required to fill the German stadiums,” Kurscheidt argues.

What seems to have been forgotten is that the ailing German economy cannot simply be resuscitated through consumer spending – which is what the World Cup amounts to. After all, many German consumers do not watch the pennies out of malice – they do so because their real income has fallen in the past years. Even the World Cup will not change that. “The fact remains that one can only spend every Euro once,” says Ralph Solveen, economist at the Commerzbank.

There is only one scenario through which the sceptics think that the World Cup will bring a lasting economic upturn for Germany – if the Germans win the Cup. “Then things will look differently” believes Markus Kurscheidt. “There is the potential that the euphoria will transfer itself to the economy.” But you wouldn’t have had to be host nation to benefit from that – and it would certainly have been cheaper that way round.