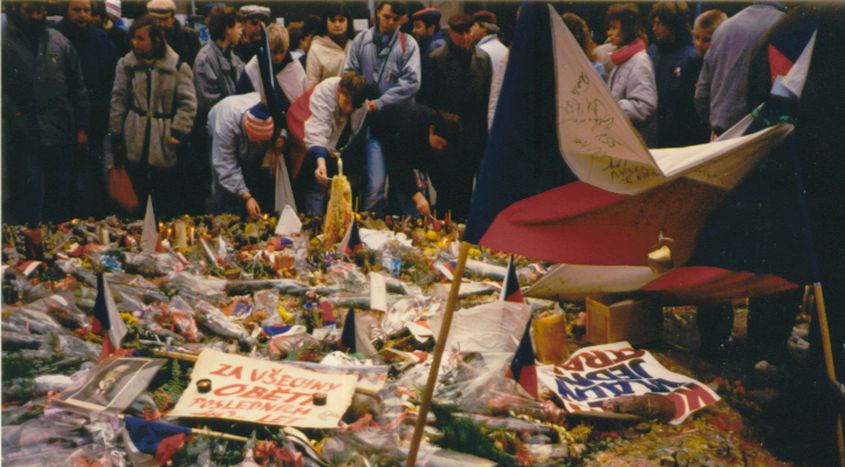 The Day of Youth Activism and Courage

Today is an important day for youth. Do you want to know why? Let’s look back in the history together!

Today is an important day for youth. Do you want to know why? Let’s look back in the history together!

The commemoration of this day dates back to 1939. On the 28th of October 1939, Czechoslovakian students’ demonstration against the regime organized by medical students of the Charles University in Prague was suppressed by Nazis. One student, Jan Opletal, was shot during the demonstrations and as a response, another massive demonstration of students started. The Nazis reacted fast when on 17th November* 1939 they stormed the dormitories. Result? More than 1200 students were sent to concentration camps, 9 student representatives were executed on the spot, the University was shut down and the buildings were used by the German occupation forces.

Naturally, those who wanted to continue with their studies had to find another solution. London became the niche for many students, there subsequently the International Students Council (consisted of many refugees from different European countries), in accordance with the allies, in 1941, declared November 17th to be the International Students’ Day.

Symbolically 50 years later, on November 17th, 1989, the Czechoslovakian students stood up again for the freedoms at that time against communism in peaceful celebrations of the International Students’ Day. So-called ‘Velvet Revolution’ started which ended by the fall of the communist regime in former Czechoslovakia.

Youth activism accompanied with an inevitable deal of great courage that is what we should celebrate on 17th of November, International Students’ Day!

* The date of 17th of November has another symbolic meaning, it is also the anniversary of the independence of the Czechoslovak Republic (instead of which the Nazis established the Protectorate of Bohemia and Moravia and the Slovak Republic in 1918).