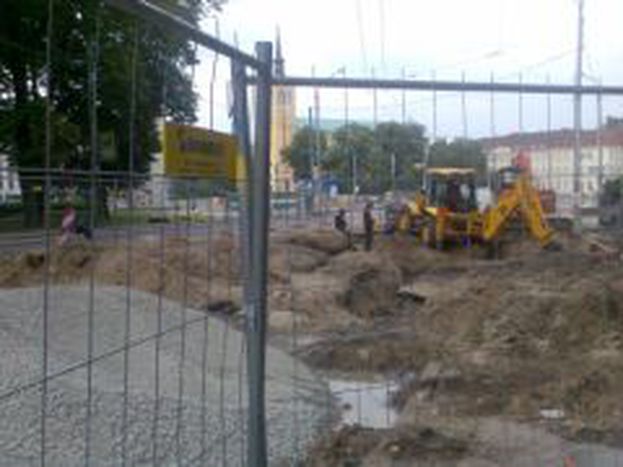 We tried not to push the topic for a while but nothing seems to be seriously changed: even though the streetworks are going on and cars are allowed to pass in front of the city hall again, bones and skulls keep coming out from the dust. And someone seems to be enjoying it! We gave up.

For around two weeks we thought that our anatomical sightseeing was over: a big white tent covered the works in Vabaduse Valjak from our eyes and we did not have a clue of what had been happening inside there.

Or maybe we just acted as we did not know because, thanks to a not too strict surveillance system we managed many times to get into the covered area and "spy" the works.

Let's be clear: nothing bad in that.

We have been observing and, as we did not bother anyone, we have not been stopped.

A matter of politeness I would suggest.

But today we decided to come back with some new reports from the area and we wanted to show you some pictures as it seems that bones are still where they were before and some not-too-respectful people had a strange kind of fun on disposing them outside the big hole. 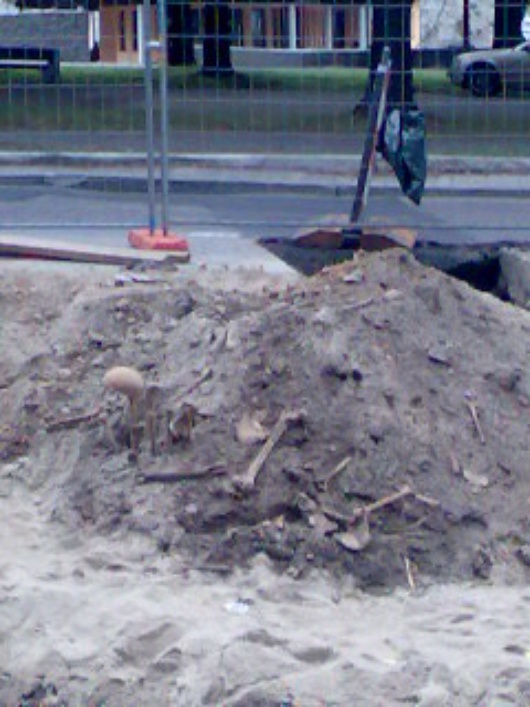 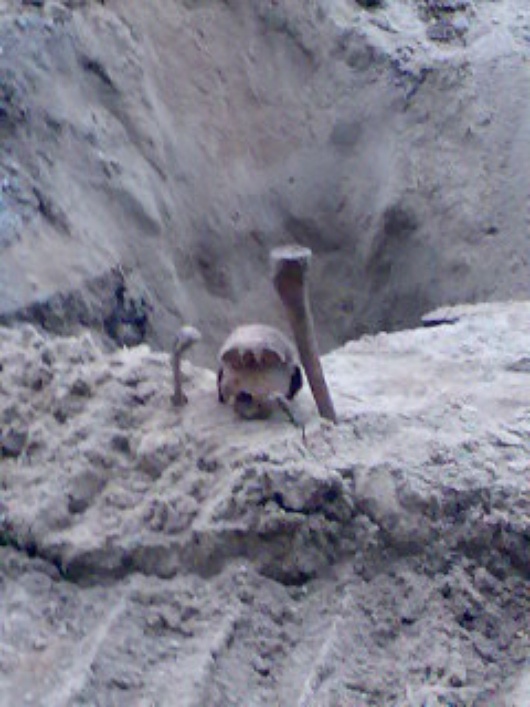 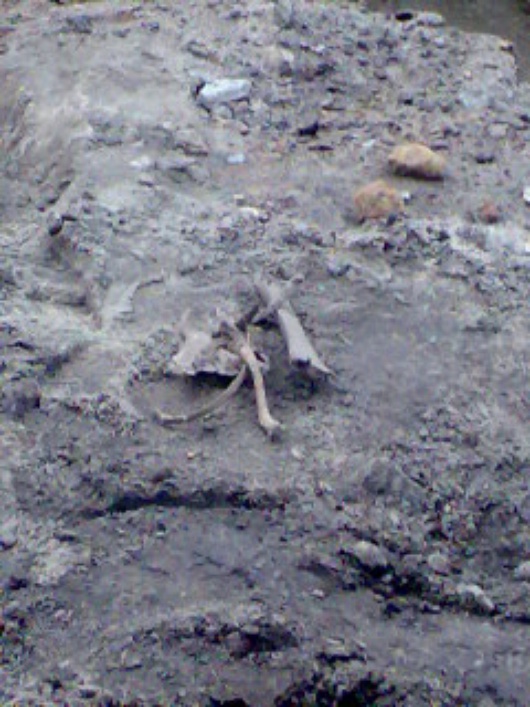