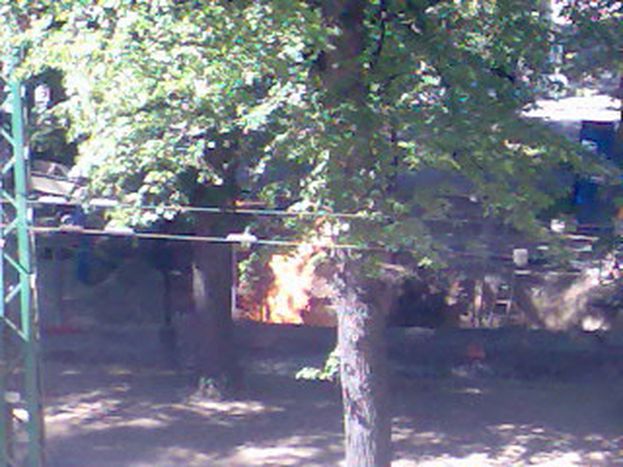 The curse of Vabaduse valjak

If you thought you had seen everything with the ancient walls and the impressive amount of bones and skulls coming out, daily, from the dust, you will then be surprised by what happend today in Vabaduse valjak While Tallinn finally enjoyes one of the very first sunny days of this summer, yet another surprise came out from Vabaduse dust. A bit after 3.

30 pm a big flame came out from a hole * once again * almost in front of the Town Hall, right under Edgar Savisaar eyes.

Most likely someone had been digging too much or did not really care about the gas pipes under the ground but, fortunately, everything lasted just few minutes attracting only the eyes - and cameras - of the people who was staying nearby.

Nothing serious, of course.

Nothing worth any kind of general alarm whatsoever.

But something we, once more, have to add to the endless list of episodes happening around the construction of the new Estonian memorial, its cross, its parking lot and the brand new image it will bring us of Vabaduse valjak.

Should we start seriously thinking about a curse?