The common agricultural policy remains one step behind the 21st century

As we just celebrated the 60th anniversary of the signature of the Treaty of Rome, it should be recalled that the European Common Agricultural Policy (CAP) was one of the first policies implemented at the communitarian level, adopted far before the EU came into existence. Yet, it seems now lagging behind the challenges of the 21st century.

In fact, the ratification of the Treaty of Rome, bringing to the establishment of a common European market, already suggested that tariffs on agricultural products had to be removed. After the Stresa Conference (1958), the CAP officially came into force in 1962. Already, it aimed of promoting a “radical integration which would lead to a common agricultural market”. Each of the 6 founding member states of the European Community, signing the CAP agreement, committed to create the conditions necessary to fully implement it nationally. The CAP followed three main principles: market unity, community preference and financial solidarity. The latter was elaborated upon by the set up of the European Agricultural Guidance and Guarantee Fund (EAGGF).

The CAP is often quoted amongst the most successful European policies both in terms of effectiveness and as a step towards European integration. It is considered a milestone in the process of increasing interconnections between member States. With its long history, it is also one of the oldest European policies, and still represents a salient percentage of the communitarian budget.

However, over time, its role changed to meet new agricultural challenges. At the birth of the CAP, the main focus was on encouraging food production after the dramatic experience of famine during the war period. The objective in a post-World War Europe of tackling food scarcity was already satisfied in the first decades of the CAP action. It led to a spectacular modernization of the agricultural sector was accompanied by stability in prices and protected the European agricultural sector from disappearance by reason of increasing global competition.

However, in the 70s the growth of the agricultural sector in Europe had been so rapid and intense that managing the problem of a tremendous food surplus became more and more needed. It came along with the emergence of the first environmental lobbies emphasizing the need for a greener agriculture, free of pesticides and hormones. Surpluses management is still, even today, one of the main issue that the CAP has to tackle.

Yet, during these years reforms focused mainly on administrative simplification and restructuration, with the exigence of encouraging efficiency while reducing costs. In contrast, the 2013 reform represents an improvement in environmental terms, identifying expressly environmental issues as main challenges for the future of the CAP, along with the economic and territorial aspects of it. However, the challenges of the future European agriculture go beyond mere environmental issue.

Indeed, the effectiveness of the CAP over the last thirty years in achieving the needs of the first European Community brought about new issues to address. These can be summed up in two key contemporary policy concepts: social cohesion and sustainable development. First, the urgency of incorporating the concept of sustainable development, as interpreted as food safety and environmental safeguard, into the priority of the CAP cannot be ignored no more. Some important political steps have been already taken, but they are prevalently political promises, rather formal commitments than implemented projects. There is a pressing need for a strong administrative and budgetary reform to meet these political promises.

At the same time, there is an increasing need for the CAP to be more directed towards social cohesion and integration of farmers into our society. The first pillar of the CAP, that is the direct payments made to farmers, needs to be enhanced so as to help the agricultural sector to survive. The European integration should remain a healthy process aimed at protecting those who could suffer the most from globalization and the industrialization of the agricultural sector, that are middle-little farmers. 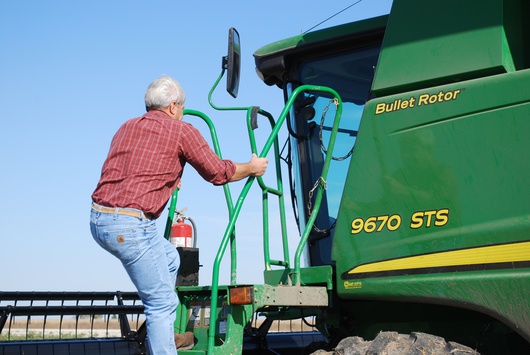 To survive, the EU has to tackle the most urgent needs and problems provoked by globalization that impact its citizens. Sustainable development is a multi-level and very complex concept. But in the case of the CAP, regulating agriculture at a communitarian level, the need for a protected and preserved environment and for a safer food should be a start and become the core of CAP political priorities. Agriculture should become more than a mere industrialized sector to become the heart of the contemporary human relationship with nature. Taking up the 21st century challenges would confirm the role of the CAP and its historical success as an incredible tool for integration between European peoples.

A new CAP would be able to significantly address many of our global contemporary issues, hereby rendering Europe, through the CAP again, more and better integrated. The CAP is Europe, and Europe to survive has to be socially inclusive and a strong defender of natural resources, the environment and the health of its citizens.