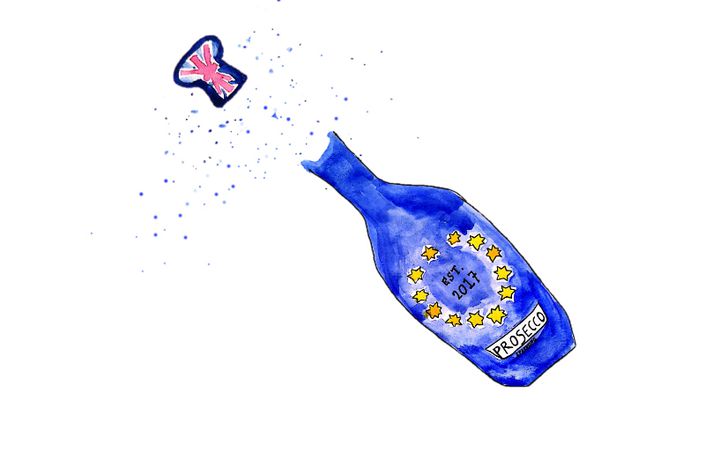 A Retrospective: The much needed jolt

“Oh we don’t do that on the island, it must be a continental thing!”

“Oh I have had this before, we call it a continental breakfast!”

If you have heard these words almost certainly you have spoken to a Brit. We like to emphasis our distinctiveness. We are an individual entity. The huge blob east of the British Isles on the map? It’s the continent (consisting of 51 countries with 27 countries in EU). Our nation’s uniqueness is engrained in our psyche from an early age: we have been resisting treaties; rules; the currency since we entered the ‘Continental’ world: the European Union. I mean we have our pounds and our passport control, we are just special… When I arrived on the ‘continent’ (the Netherlands to be precise) I talked about the cultural frontier the channel provides, a moat for fortress if you will: creating a gap in island/continental existence.

Brexit marks an end to the special status of Britain in the European Union, already there is talk about an alternative lingua franca, questions of visa costs for British holiday-goers, and in terms of the currency, the euro is stronger now than ever against the pound. Britain has become somewhat of a laughing stock, the threats made by Boris Johnson to Italy about a drop in Prosecco sales should the EU block free trade with the UK sums up the frivolity of British negotiating. Only time will tell what the Brexit package will look like, but what is for sure is there is a sense of (understandable) vengeance in Brussels against a country, which reaps benefits whilst rejecting the costs.

Outside the negotiation rooms there has been a devastating upheaval of British politics post-Brexit. The storm peaked August/September, with the hysteria of the Conservative leadership race and the out of action opposition, Labour, battling within. But the rain after the storm continues to wage in British politics, UKIP struggling to find a leader (or mandate) after a fight in the European Parliament and a subsequent hospital trip, and infighting between Boris and May, so are the Lib-Dems the only stable ones? The post-Brexit politics has engulfed other sectors of life in Britain, the High Court Ruling denying the right of the government to trigger article 50 without a vote from Parliament, has prompted death threats to leading members of the judiciary including several judges overseeing the ruling. Whilst popular criticism of organs of the British state should be welcomed, death threats should be dealt with. I myself understand the awakening of the British people to be a much-needed jolt into reality. The post-Brexit Britain has released a bigger can of worms than just anti-EU sentiment; it has presented a much-needed platform to criticise the British establishment as well.

A fall from grace?

The consequences of Brexit can be viewed in several ways, I, for one, welcome the unraveling of a discourse, which has prevailed way too long: Britain as a major power in the world (and in the EU), termed by Theresa May as “Global Britain”. I need only refer to May’s speech promising a successful Brexit, in light of Britain’s strong economy, “the fifth biggest economy in the world” which fell to the sixth, by the end of the speech! Perhaps with a decline in power and influence in the world, Britain will come to focus upon internal struggles of a United Kingdom (Scottish independence?) and focus on inequalities in the homeland as opposed to those of the Global South.

As 2017 is marked as a new beginning for many, for Brits it marks the end of a membership in the EU club, which continues to divide the nation. News from Brussels has never been so attentively listened to, as Brits welcome the new year full of doubt (rightly so after the UK’s ambassador to the EU quit, citing “muddled thinking”) both about the UK and the consequences of the breakup with the EU. For any doubtful Brits reading this article, I will assert a 2016 motto full of clarity spoken by yours truly, the prime minister of the UK: Theresa May, 2017 the year when “Brexit means Brexit”.