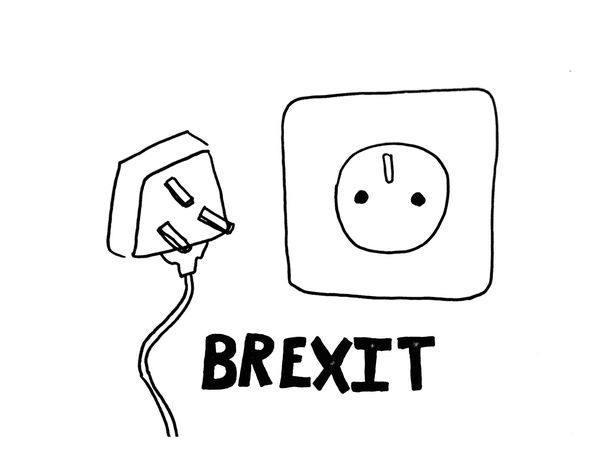 A Realisation:  The morning (and days) after the night before

I woke up with a hangover, remembering the night before- the meal, the rounds, the lights… and the polls. Before I went to sleep I recalled the referendum appeared tight, but in favour of leave by 2-3% but it was only 3am and not all the votes had been counted, or at least that is how I consoled myself. I had however closed my eyes with pessimistic thoughts, which appeared justified the morning after the night before, my head throbbed as I reached out for my laptop, I refreshed the poll from 5 hours earlier. 53.4% Leave. “WE WILL LEAVE”. “BYE-BYE EUROPE!”. A rude awakening. I rang friends in Istanbul, Germany, and of course (where I was) the Netherlands, I wailed down the phone, I was confused. A friend dropped by, smiling meekly we talked about the night before dodging the devastation of the vote. I uttered apologies, saying farewell, and began to pack, toothbrush, underwear, jumper, and my passport (just in case), I was heading to Germany. I hoped it would relieve the agitation, of a bitter headache mixed the anger of a win for xenophobic politicians.

Germany was no relief, I became recognised as the spokesperson for 64 million people: “Why did you vote to leave?”; “Do Brits even know anything about the EU?”; “Do you think you will regret it?”. My answers were short. Tormented by the overcast clouds of Brexit, I excused myself from strangers launching interviews my way after deciphering a British accent in their midst. I moaned to my friend, and opted for watching Harry Potter and playing with his hamster, I stopped looking at the news.

My dad arrived, I was leaving the Netherlands, after two and half years (half a year was spent in Istanbul) I was flying my nest. As I hugged my dad, I prepared myself for the Brits take on the events. Most of the people I knew, both family and friends opted to remain. Many remainers, were still in denial. Some had moved to the second stage of mourning: anger, furious about the result, they mocked and critiqued neighbours or colleagues who voted to leave.  The Netherlands had been an incredible place to live, despite my complaints about taxes and general administration, the Dutch had welcomed my mono-language ‘talents’: conferences, art classes, films, my Bachelor course, were welcome to all… English speakers.

The ferry from the Hook of Holland to Harwich took six and half-hours, I had slept, eager to reach the island with a clear head. We drove out of the ferry terminal, I peered up, “VOTE LEAVE” read a poster with an image of Merkel staring down at me. I realised only then: my disconnect with the UK. The night before the result, I had spoken confidently of a remain “It will be tighter than you think, but we will remain… I am sure of it” at a dinner with friends, “Continental” friends. I had been out of the UK three years, returning only for holidays, I read the British news less and less, excused by my studies of other regions, other countries… I had voted from the Netherlands, and despite being able to read tensions on Facebook or debates on BBC, I showed a total lack of knowledge for the situation on the ground. When a vote is imminent both sides campaign, but should one side represent the present status quo, i.e. Britain in Europe, it lacks the imaginative realm the side representing a change in the status quo has. The leave campaign presented a different tomorrow, a Britain without the chains of Europe, the remain campaign almost mundanely offers the same tomorrow…

Where am I now? I moved away from the UK again, I am mulling over the Brexit from the Capital (along with Brussels) of Europe: Strasbourg. Since the turmoil of the days after, I would say I have largely recovered with an Irish passport and a French language book. But in a more serious way, I, like many other Brits (and Europeans) wonder what really will happen post Brexit?

This article, a chaos of emotion is the first in the chronicles of Brexit, stay alert for the next one! A retrospective.