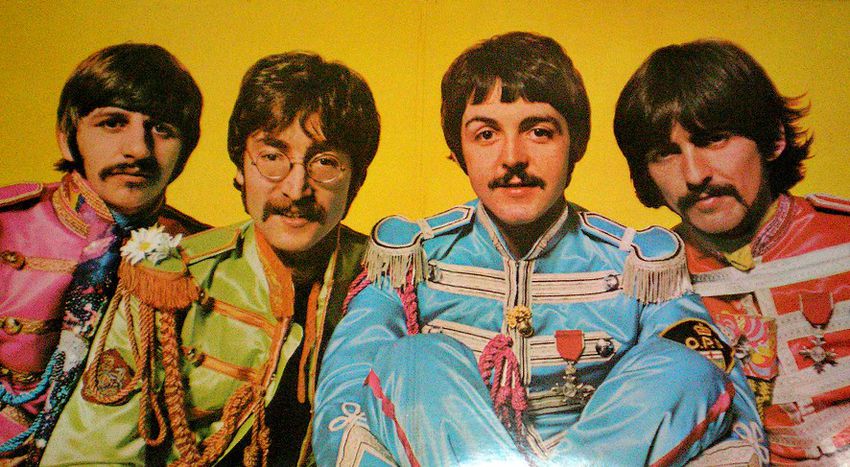 The Beatles rock again in videogame

On 9 September 2009, a remastered version of their albums and the videogame 'The Beatles: Rock Band' was released. The Beatles jukebox hasn’t stopped since. And what better date than 09/09/09 to release revamped versions of a group that on average released an album every nine months. Long live The Beatles!

40 years after the group split up, Yellow Submarine still has a place in our hearts. A black wig, a side swept fringe, a drum kit with The Beatles logo on and the tunes memorised …. In Europe, some Beatles lookalikes are riding the wave of the current craze; the Rabeats in France, Lucy in the Sky throughout German speaking countries and Los Escarabajos across Iberia.

Escarabajos – Medley 'made in Spain'

Literally 'The Beatles' translated into Spanish. With the first few notes, listeners join them in singing hispanicised English songs.

Simple but effective; the Rabeats make their eagerly awaited return following their 2003 success. Especially amongst young people, who did not get to see the band in their heyday, but still know the songs thanks to their parents.

Another group that are making the songs from the sixties their own. Even though each musical genre has their own version, sensitive music fans should look away now. The Beatles go metal thanks to The Punkels.

This 2004 release combined Jay-Z's The Black Album with instrumentals from the album The Beatles’ 1968 release The White Album. The result of a black and white mix? A big grey theme! A sample of The grey album which sees The Beatles rapping.

A Polish band shamelessly takes on the Liverpudlians’ greatest hits. Their musical comedy A little beatle of love tells the story of Romeo and Juliet through Beatles songs.

The Rutles – Cheese and Onions

Evidently, the four youngsters from Liverpool cannot escape micky takes. The French have the Beadochons, we have The Rutles with Cheese and Onions. An idea sparked by Eric Idle and Neil Innes following a Monty Python sketch in 1976.

The Beatles – in German

Could The Beatles themselves have forseen this remake for release on the other side of the channel? Listening to their German versions, John, Paul, George and Ringo seem to have mastered the language!