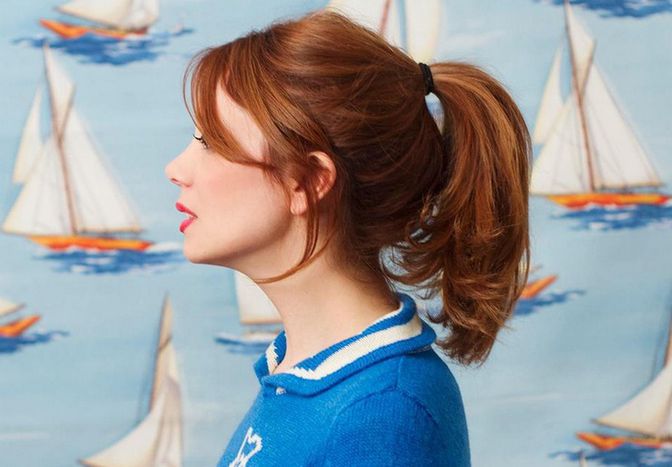 If you are tired of hearing about Emma Watson, Marine Le Pen and Vladimir Putin, here are our stars of the year. 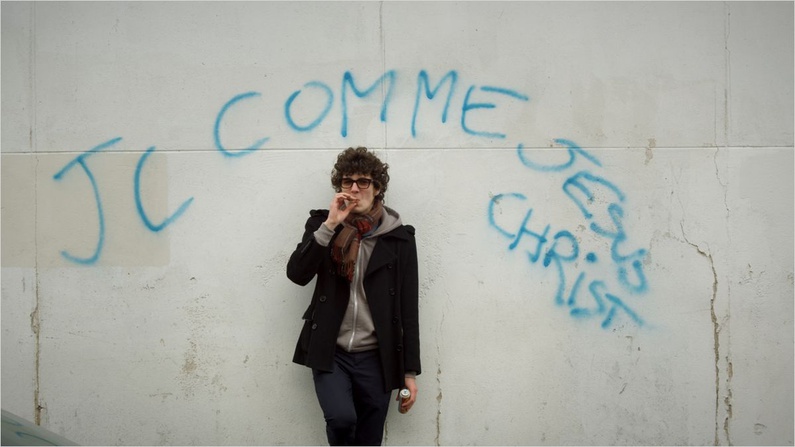 Vincent Lacoste is a rising star. But he doesn’t know it. Cast 'by mistake' for his first acclaimed movie, Les Beaux Gosses, he played many roles and maintain a strong relationship with his first director, Riad Sattouf. Recently, he played one of the Daft Punk members in the famous French Touch movie from Mia Hansen-Løve, Eden. A reason to make him understand he’s definitely a star? 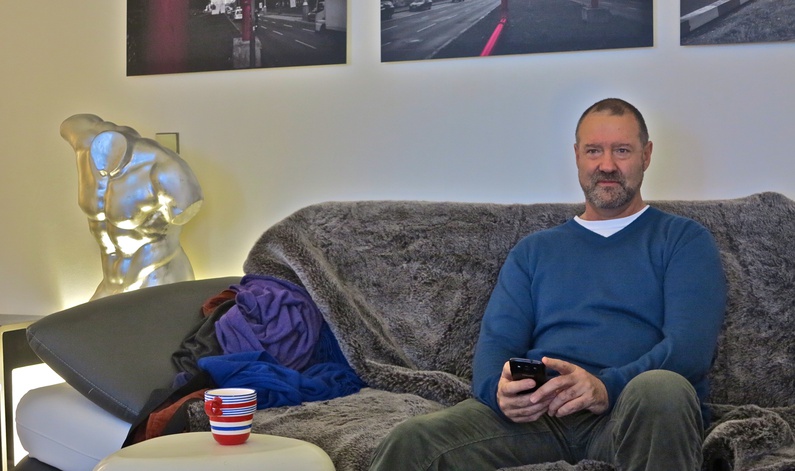 English teacher, multi-lingual journalist, producer of a TV show on Europe, entertainer... If Alex Taylor has led many lives, it is above all because he speaks so many languages. We met him at the end of the winter in his house where he tell us in confidence he owes his career to Saddam Hussein and his love of Europe to a croissant.

Read our portrait here (in French). 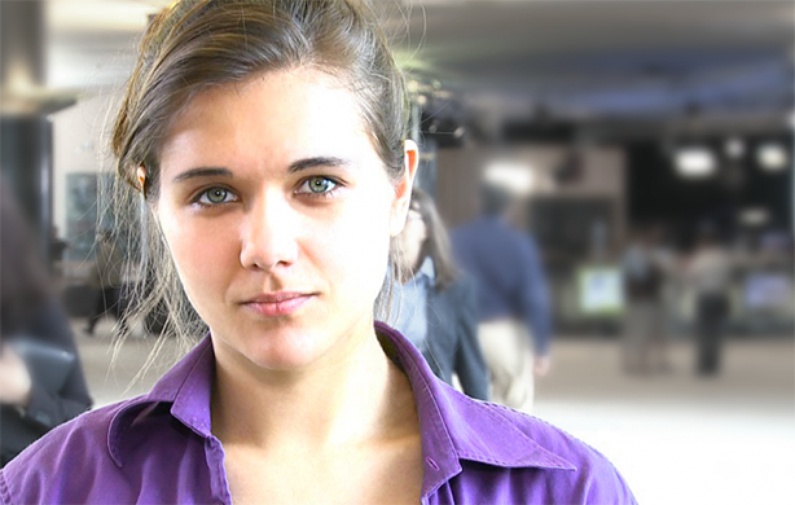 Amelia Andersdotter was the youngest member of the European Parliament at only 27 years old. Between December 2011 and July 2014 she represented the Swedish Pirate Party with the goal of working against the nonsense of the lobby in the Parliament. Our last editor of the German version, Jasper Finkeldey, interviewed her with a warm cup of  tea. 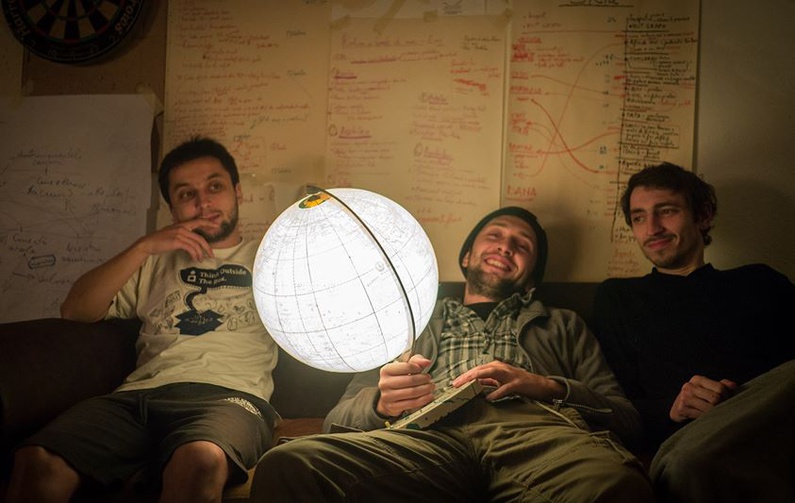 Once upon a time in Bucharest, the Romanian capital, there lived a group of journalists inspired by a DIY idea. They decided to create an alternative to mainstream media and move in together into a big house, which they have converted into a newsroom and social hub that is open to the public. Vlad is one of them. Despite a difficult situation on the job market which makes finding a decent journalistic job almost impossible, Vlad never gave up on his dreams of writing and sharing news with the world.

What happened next? Read here. 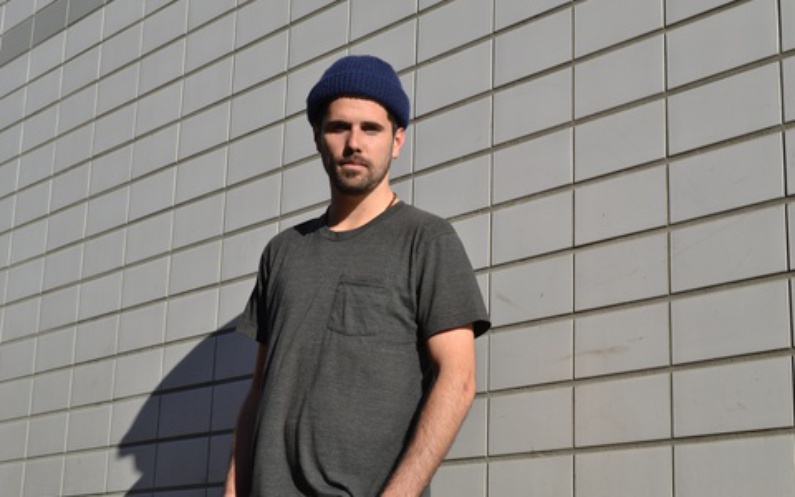 When it comes to musical geniouses, Brit Nick Mulvey stands out from the pack. At only 26 years old, he was nominated for the Mercury Prize. The BBC named him one of the musicians to watch in 2014. Despite his talent, Nick describes himself as someone "typical of [our] generation." Musical, good looks, modesty...what more could one ask for?

Read our interview here (in Spanish). 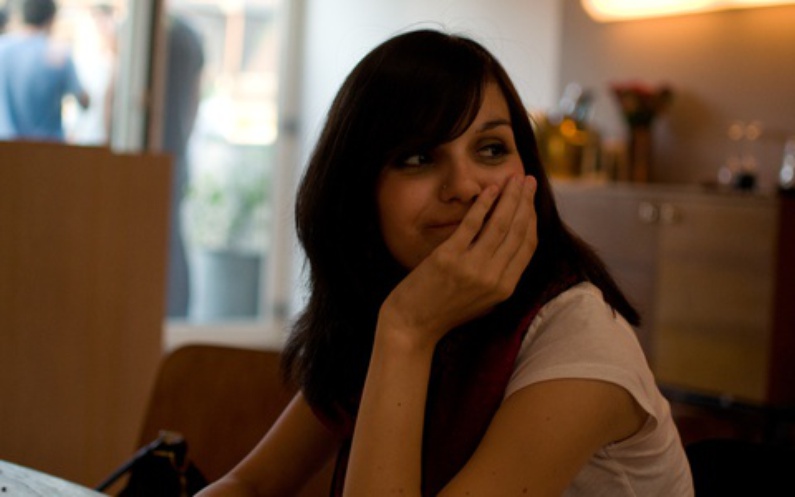 While many quiver at the f-word, Julia Korbik isn't afraid to use the term to describe herself: "I'm a feminist. What of it?" The Herne native, now living in Berlin, has been a Babelian since 2009. This year, she wrote a book about why feminism is important for everyone, and made us all feel more comfortable to assert our feminismt selves.

Read our interview with Julia here. 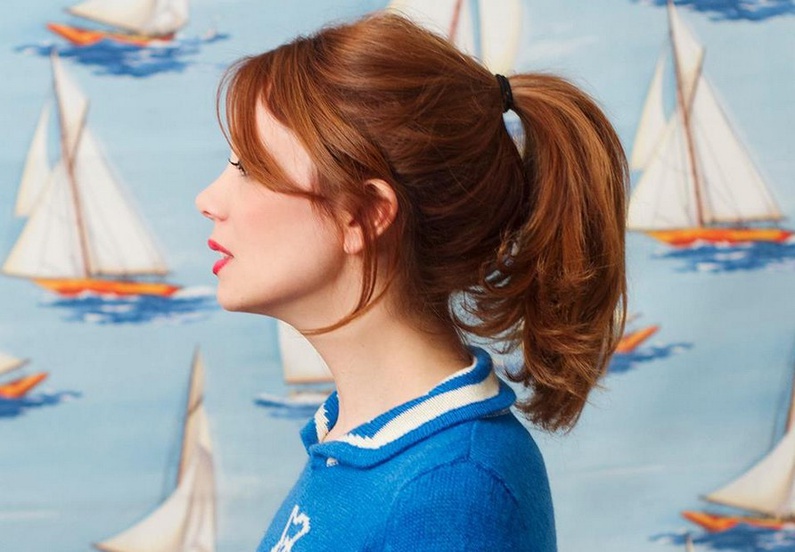 In this frenetically fast world that surrounds us, the young Valencian illustrator Paula Bonet wants to give the viewer the possibility to hold their breath for a minute and to enjoy her armless houses or paper prawns. And imagine: what if you suddenly saw the words ‘The End’ written on your screen? ‘The End’ being as well the title of her illustrated first book that hits European shelves this year with great success. 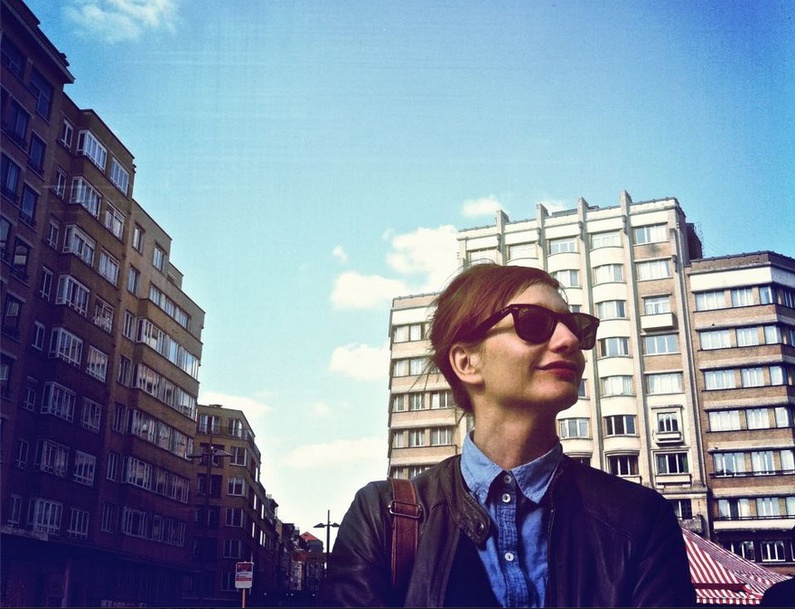 French journalist Prune Antoine who is based in Berlin hasn’t done much more this summer than committing the biggest investigation ever published by cafébabel — and our first long multimedia format —on organ trafficking in Kosovo. 'An Exquisite Corpse in the Land of Blackbirds' was our autumn blockbuster that possessed your thoughts every Tuesday. If she could have a double nationality, she’d be Greek.

Read the full investigation on Kosovo's organ trafficking thriller in 12 chapters on cafébabel. Read the enhanced multimedia version here on Creativist (in French). 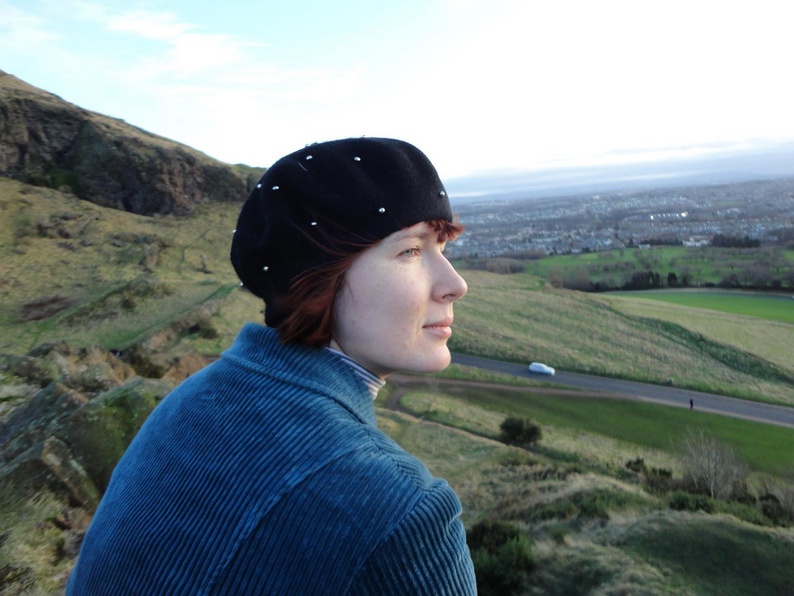 This 23 years old girl from Kirkconnel (Scotland) felt nervous, excited and tired at the end of last September. The reason? The Scottish referendum that took place the 18th of September, in which she was a Yes campaigner. Though the result was finally no, she already expressed her willingness to keep trying in the future to turn it into a yes. 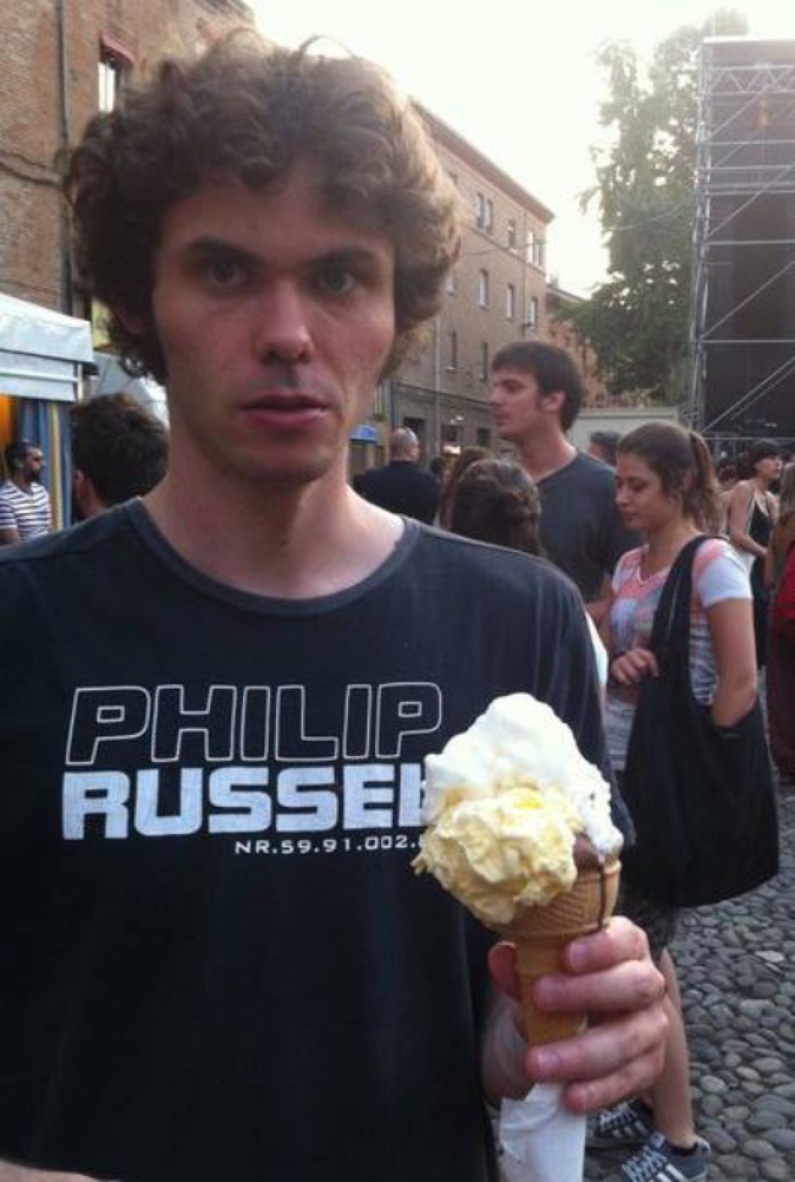 Grzegorz Uzdański definitely knows how to make a good use of this vast, overwhelming and sometimes perilous internet. He is one of the performers that we don’t feel embarrassed to publicly like on our wall. Grzegorz’s 'New Poems by Famous Poets' is a tribute to outstanding Polish poets who cannot produce more for one simple reason – they are long dead. But Grzegorz – who also works as a philosophy teacher – revives their style and skillfully marries fun with an educative aspect.

Check out our interview with Grzegorz here. 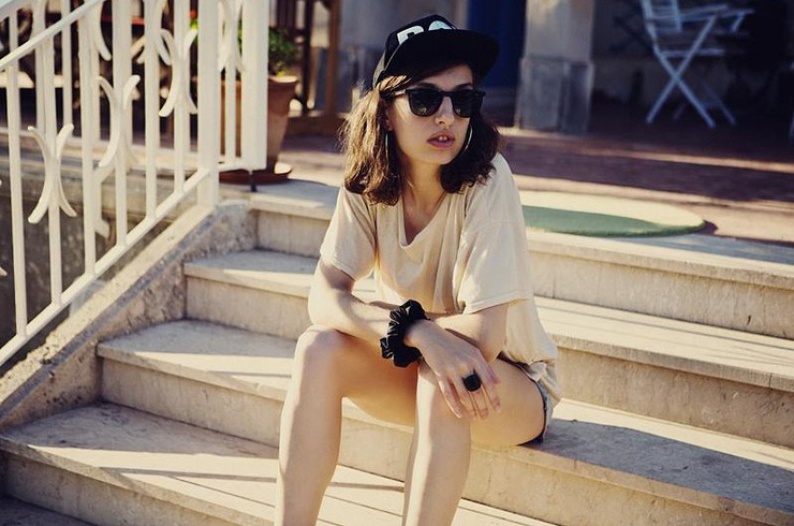 From Bulgaria to Neukölln, if you miss the coolest video in the history of flea markets, then you're missing DENA. She went to Berlin to study, then she left it for her Erasmus year in Instanbul, where she became a young, hip, Euro-generation child. Here’s the girl who lives "completely free from barriers." 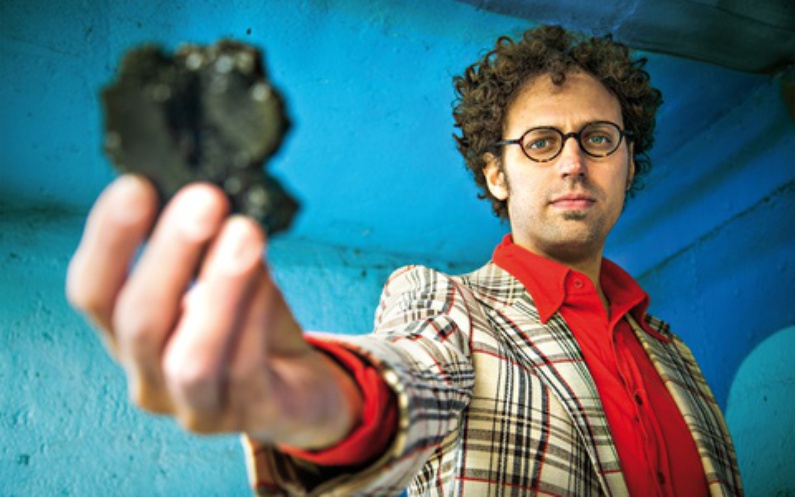 After wandering around Europe, the Italian singer-songwriter Giacomo Lariccia has fallen in love with Brussels. And he doesn’t want to leave. In this new album Sempre Avanti, Giacomo sings about the emigrant's everyday life. Sempre avanti (always ahead) and never turn back.