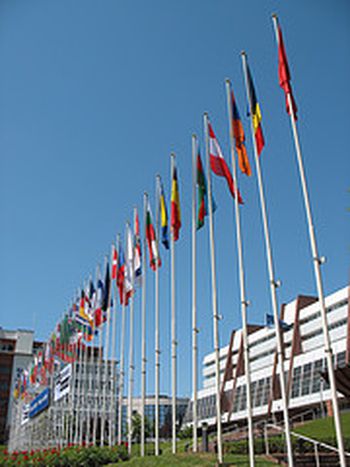 I chose to open my blog with a founding article which is complementary to my column: What solutions for a “European Power?”  The introduction to my European think-tank in this case, is a must.

On this blog there will not only be articles written by myself but also those authored by the members of the « Atlantique Oural College » think-tank, as well as selected articles of quality and interest chosen from our network.

Through its’ variety of work and the fusion of online debates resulting in realistic propositions, the “College” hopes to contribute to the development of a Dynamic Europe, enriched through inter-cultural exchange, diversity and its role on the world stage.  Furthermore I invite you to contribute to the proposed analyses after having read the articles.

The numerous conferences and symposiums which we organize on a voluntary basis, allow us to participate in the construction of the Europe that we desire.

Considering that Europe was the theatre of the age of enlightenment, it was also that of two World Wars, and certain recent dramas that have not yet been fully resolved.  These experiences must act as food for though and contribute to development a new humanistic conscience.

As it was in the salons of the 18th Century, we wish to debate openly and inclusively so that we may squarely face tomorrow’s world and take our destiny in our own hands.

It defends no particular interests, either private or public.

Although different schools of thinking in vogue are all welcome in the debate, they do not alone define its way of thinking. Above all, Atlantic-Ural College seeks to remain diverse and open in order to come up with rigorous and impartial findings.

Atlantic-Ural College rejects all lobbying efforts, convinced as it is that Europe must grow in the spirit of independence, sustained by its humanistic values and the wealth of its people who have the right and the duty to participate in its construction.

In the spirit of partnership, Atlantic-Ural College works on European and international geopolitical questions. It offers objective analyses that facilitate decision-making. Its purpose is to see Europe grow into a democratic and innovative force.