The art of Theophilos in Athens for a unique exhibition

Theophilos was born in Mytilene, son of a cobbler and became self-taught painter. His art was ridiculed from the salons of his time,  which did not give proper attention to his works. Yet, Theophilos Hadjimichael, known as THEOPHILOS was to be recognized (naturally after his death in Greece) as the cornerstone of modern Greek painting.

His art will receive the ''credentials'' of any artist of the 30's with artist- legends of the greek painting like Kontoglou and Tsarouchis to honor their great teacher of the authenticity and the masterpiece of his art. 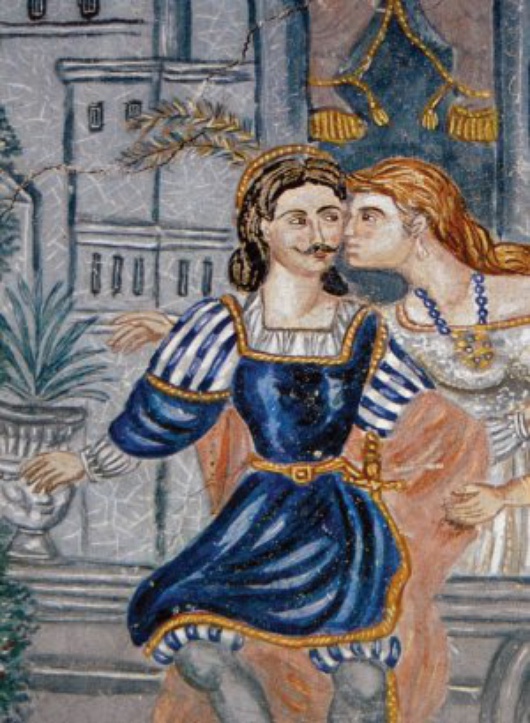 Probably most of our foreign friends do not know Theophilos. However his story and his paintings are crucial to understand Greece. If you find his story interesting and you find yourself in Athens from 15/9 to 30/10 pay a visit at the Benaki Museum and take a glance of his magnificent art.

Theophilos ''washed our vision'' wrote in 1962, the Nobel awarded poet, George Seferis, . And he was right. Unwittingly, Theophilos will be the flag of Greek modernism and his art will highlight the idea of ''greekness'', an idea which haunts the  nation from 1830 onwards .. For two centuries, the Greeks are trying to analyze vainly,  the ''elements of Greekness'' like if it is something alien to us, like the hydrochloric acid formula. Theophilos, did not had to seek for ''Greekness''. He was able to experience it, and therefore, to paint it. 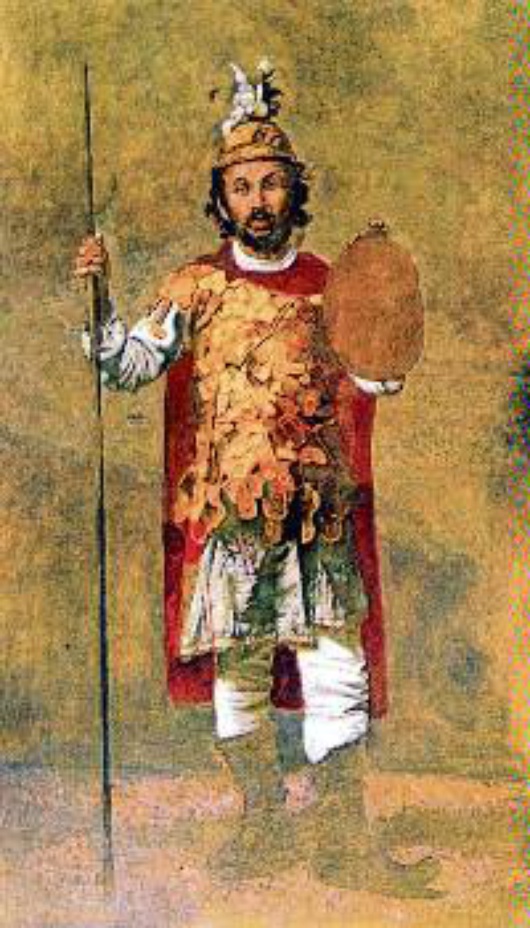 Theophilos dressed as Alexander the Great

His paintings are carrying Greece itself. From Alexander the Great and the Mermaid, to Erotokritos and Athanasios Diakos, Theophilos recounts the adventures of the Greeks vividly, through picturing something '' rare, impossible for the Greek landscape: a moment of color and air, which was stopped there bearing all its internal vitality and radiance of the move'' (G.Seferis, ). This was Theophilos and it was exactly this attitude that makes him a universal Greek. 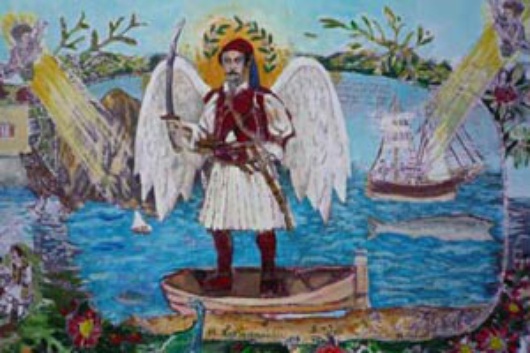 The exhibition  in Benaki Museum (Vasilissis Sofias Av. ) will last from the 15th of September to the 30th of October. 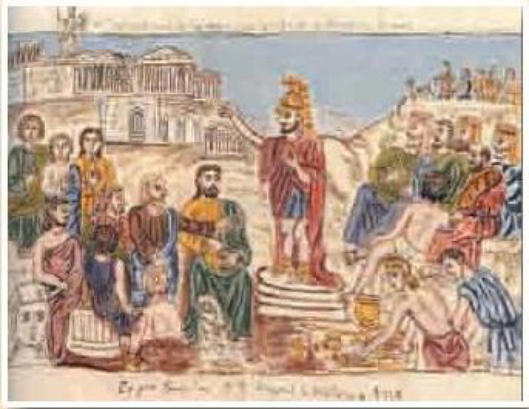 ''Theophilos. Paintings from the collection of the Commercial Bank of Greece''