The art of switching off

The world turns and we turn with it. Sometimes we may feel as though we're on a treadmill, running too fast to jump off. So just how does Generation Y free itself from the shackles of everyday life and its associated stresses? We spoke to three people who make very different uses of their free time.

Running against the current - Adrian (32) 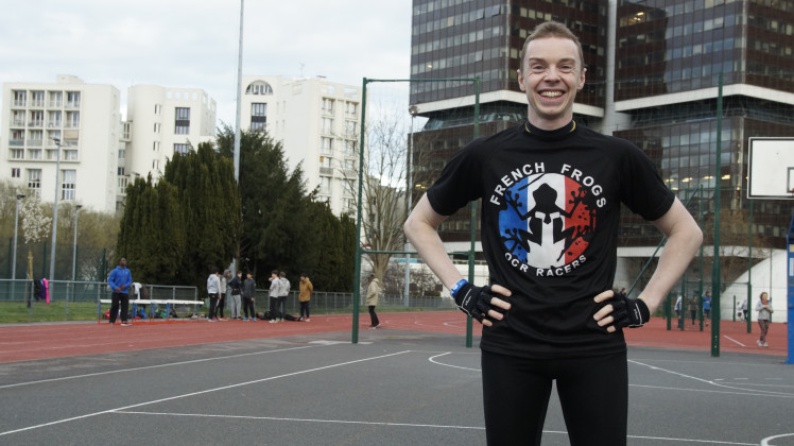 Adrian can only hear the sound of his running shoes hitting the asphalt and the steady rhythm of his breathing. His gaze is focused on the horizon, as though he can see a finish line in the distance. When Adrian runs, he retreats into his own world, where no one can bother him and nothing else matters.

The IT specialist has always been active in his free time. But in recent years, his hobby has become more of a lifestyle. "Six years ago, I started to run longer distances. I have run 25 marathons since then." His face lights up when he talks about his sporting activities.

Last year in May, Adrian was diagnosed with multiple sclerosis, a disease that is characterised by a restriction in the messages relayed between the brain and the body. The entire right-hand side of his body was paralysed. "During that time, it was sport that helped me the most. I longed to be able to run again. During the treatment period, the thought of running again was what kept me motivated."

Adrian set himself the challenging goal of running in the Berlin Marathon in September 2015. After months of inactivity, he began rehabilitation and slowly started to got back on his feet. Barely half a year after his diagnosis, Adrian competed in the infamous 42.2-kilometre marathon in Berlin in 2 hours 55 minutes - beating his own record in the process.

When Adrian is asked why he takes his hobby to extremes he shakes his head, vehemently refuting such a claim: "No, no! I often run for pleasure. I also run half marathons with a friend, running alongside, spurring them on". He acknowledges, however, that due to his work and daily training, he has little time for anything else. "I admit that I have become a marathon fanatic. I don't go out clubbing or to the cinema anymore."

There is, however, one area of his life that the 32-year-old feels is somewhat lacking: "I would like to meet that special someone. It should be easy, given that I live in the 'city of love', but that hasn't helped me thus far." Running, by comparison, has always been something that he could turn to. Adrian is convinced that his hobby has not only increased his fitness levels but has also given him more confidence. 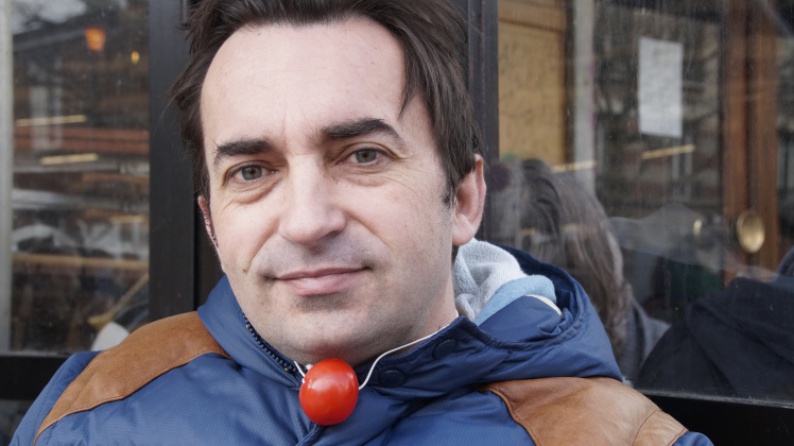 What does a clown do when he wants to relax? "I don't actually feel the need to separate my professional life and my personal life,"  says Romain. "I even try to stay in 'work mode' for as long as possible, for the simple reason that as long as I am in the clown mindset, I take everything a little less seriously".

Romain explains that his job isn't restricted to acting silly to amuse small children. "A good clown uses their own personality traits. You must incorporate these into your act, as well as bringing out your inner clown."

Beginners often need time to learn to embrace and utilise the facets of their personality that they would rather not exhibit in their daily lives - rage, sadness, envy, impatience - as well as excitement, joy and pride.

"On stage, you are free to show every emotion as long as you remain authentic." Once students accept that they can profit from the unfavourable aspects of their character, they can choose to either overly exaggerate or downplay their emotions. The clown is then free to laugh at himself, with the public. "Students learn to take a step back and put their mistakes into perspective."

Romain says his career as a clown has freed him the neuroses which plagued him since childhood. As a child, he sought refuge in his shyness, so as not to be compared to his charming and extroverted father. Under the guise of the clown, he finally felt able to unveil all facets of his personality. 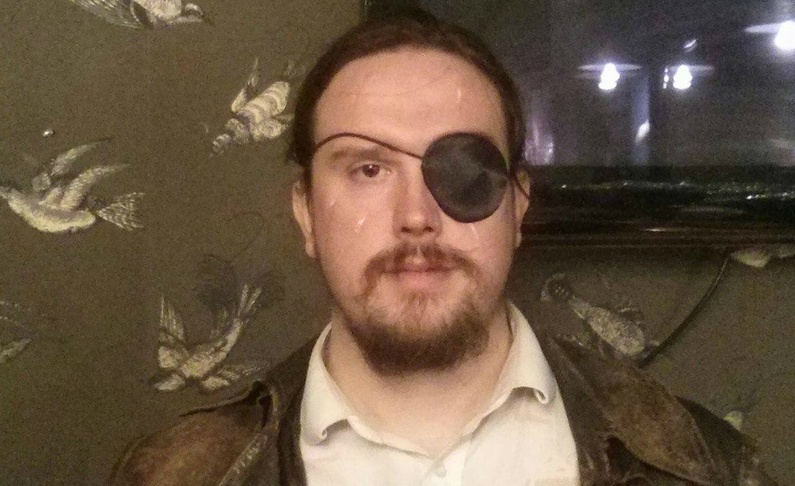 John slips on his eyepatch and reaches for his sword. He follows the stony path into the wood, where his enemies await. His quest is simple: slay the dragon before he becomes its next victim.

You could be forgiven for thinking that you're reading an extract from the latest fantasy paperback, but that couldn't be further from the truth! Twice a month, John fights dragons with his clan, the LARPing team. LARP stands for Live-Action Role Play - a role-playing game in which players assume the roles of their characters. John likes to describe it as "blend of improvisational theatre, armed confrontations and a game of strategy."

As in tabletop games like Dungeons & Dragons, a game master determines the rules and setting of the game. Players can find themselves acting out scenes that wouldn't look out of place in a horror film or a Western. Players prepare for the games months in advance, sewing their own costumes and making their weapons themselves.

But for John LARPing isn't just a hobby that he pursues in his free time. Rather, it affords him the opportunity to completely reinvent himself. "I most enjoy playing the steadfast Anti-Heri, who will do anything to achieve his objectives. This character doesn't beat about the bush, but cuts to the chase." It may be hard to reconcile the image of this almost barbaric character with the impression that one gets upon meeting John, who works as a data analyst for a charity, for the first time.

"Nothing is beyond your reach when you're LARPing. You can be whoever you want to be, have superpowers, save people's lives. Or you can even play yourself, but without the need to worry about next month's rent."

LARPing has since found fans in the majority of European cities. For many participants, role playing doesn't only provide a platform for self-development, it is political in nature. "In general, players are very tolerant. Women, like men, slip into combatant roles and no discrimination of any sort is permitted."

John already knows where his next dragon slaying will take place: in Dartford, where he and 2000 other LARPers will attend the next "Empire" event.