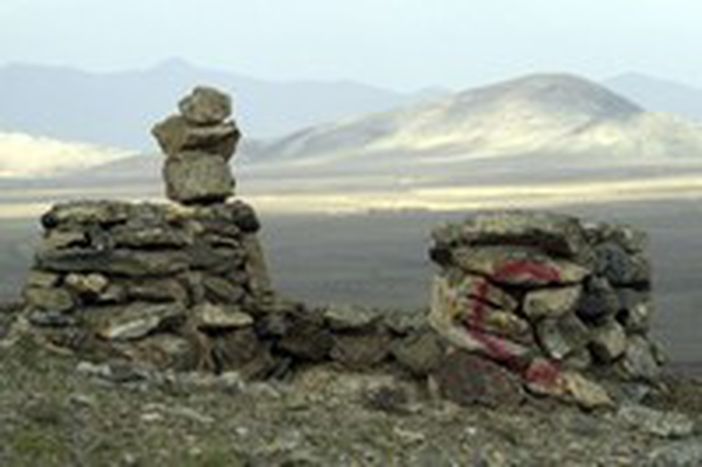 Between Bin Laden, who still roams from one cave to another, exiled warlords and a questionable international presence, Afghanistan is a volatile country caught in the middle of the regional rivalries of its greedy neighbours.

Rudyard Kipling would turn in his grave. Lacking in ideas, the Western media in the 21st century continues to refer to the "Great Game", as described in his novel Kim, between the British and Russian Empires over the plains of Central Asia. Back then, Afghanistan acted as a buffer zone between the two great powers, which moved their pawns onto the Caucasian chessboard. Three Anglo-Afghan wars, a Soviet and an American invasion later, the metaphor lives, but it cannot account for the complexity of the situation anymore. At present, even if the government of Afghan President Hamid Karzai is legally sovereign, the foreign presence on Afghan soil comes close to the numbers that the Soviets had in the 1980s, namely nearly 30,000 men.

Home of the mythical Silk Road and the Crossroads of Civilizations, the motherland of the anti-Taliban Commander Massoud continues to charm the West. In encouraging clichés of the supposed geopolitical weight of Afghanistan, the Occident explains away a good number of its international desires. It is forgotten that apart from poppies used to make opium, Afghanistan is actually very poor in terms of raw materials. Its Central Asian neighbours or Iran are much better off.

What strategic consequence it has is of a psychological order. Olivier Roy, a CNRS researcher and a well-known commentator on the topic, has stressed that "The United States has a political objective, which is to create a strong central state in Afghanistan. Apart from this, there is no long-term strategy." Indeed it was not energy concerns but America’s desire to prove that it could win the ‘War on Terror’ that has fuelled it to fulfil its promises in Afghanistan.

On the European side, the aim is still psychological in spite of the military presence under a NATO mandate. According to Olivier Roy, the old continent wants to prove "that on questions of international security it is capable of cooperating with the United States." And, apart from that, that the EU can sometimes work together when it comes to foreign policy. Therefore, Afghanistan contradicts the customary transatlantic rivalries and the usual Community quarrels. Besides, the military intervention took place in line with international law, with unusual agreement. It is necessary to admit, however, that the post-9/11 situation was hardly conducive to disagreement.

If Afghanistan has geopolitical importance, it is because it finds itself situated at the heart of a highly strategic region. As Gilles Doronsoro, Professor of Political Science at the University of Paris I, confirms, “the real strategic stakes are located on the borders”. The Caspian Sea, richly endowed with hydrocarbons, is the object of a ferocious competition for the routing of energy. In this struggle, Afghanistan could be on the route of a pipeline supporting Pakistan and India. Delhi has just signed an agreement with Kabul, motivated by the desire to stimulate its Pakistani rival by active interests. As regards Iran, which is against the Sunnite leanings of the Pashtuns, its ambitions often centre on religious issues.

Add together these unstable neighbours and the ethno-linguistic reality of Afghanistan and you get a volatile situation. The myriad of ethnic groups (Tadjiks, Uzbeks, Pashtuns, Turks) continues well beyond its borders and the slightest eddy in neighbouring countries immediately reverberates on its territory. For example, the Pashtuns, the main Afghan ethnic group, find themselves divided between Pakistan and Afghanistan because of the arbitrary position of borders devised by the British in 1893. On both sides, they dream of constructing a Pashtun brotherhood and in Kabul some fundamentalists don't hesitate to manipulate the crowds in order to weaken the central government and to destabilise the country. Therefore, the anti-US riots that affected the country this May are said by some to have been coordinated from Islamabad by the Hezb-e-Islami party, led by Gulbuddin Hekmatyar, one of the most famous Afghan warlords in exile in Pakistan.

The border, which is nearly 2,500 km long, is thus not only home to Afghan refugees but also fleeing Taliban and members of Al Qaeda. The latter has become such a problem that Pakistan’s President Musharraf has just proposed the construction of a wall to stop the flow of rebels between the two countries.

If it has difficulty speaking with one voice, Afghanistan is well and truly the thermometer for the fever that shakes the whole of Central Asia. Luca Moracci, employee of the United Nations Electoral Programme in Afghanistan, confirms that the concerns of the population are a long way away from the geopolitical possibilities which one could attribute to the country. "The majority of Afghans live with less than one dollar per day and the level of illiteracy surpasses 70% of the population. Issues of international politics are a luxury. The priority is to rebuild the country and to offer employment to all." The parliamentary elections of September 18, while refocusing the debate on local priorities, remind people after 25 years of war that Afghans want to become masters of their destiny once again. It is time to put an end to the “Great Game.”

The Politics of the European Union in Afghanistan

The Hidden Stakes of the Afghan Conflict