The Acronyms of Pragmatism

Berlin will not miss Schönefeld as much as it will miss Tempelhof, or even Tegel. This parting will be nowhere near as emotional because the Schönefeld airport will not disappear, nor even change its purpose. The site will still function as an airport, receiving a bigger, more lucid terminal with an integrated train station, other facilities and a new identity—SXF will become BER.

Yes, BER and not BBI as we previously thought. The latter IATA abbreviation is already taken and will be put on your checked-in luggage only if your destination is Biju Patnaik International Airport in Bhubaneswar, India. But maybe this is even better; at least the three letters are part of the word ’Berlin’, as if to make it up for the fact that the airport is actually not a part of Berlin geographically, but rather located in Brandenburg. 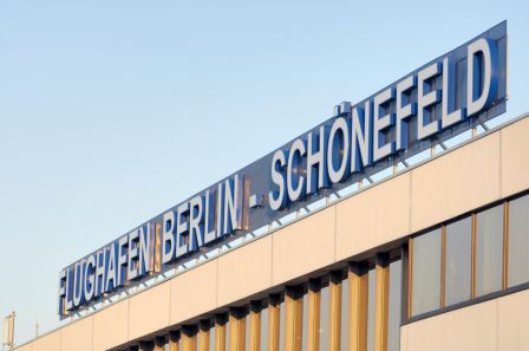 Anyhow, the current runway will still be used, probably the same runway from which by the end of WWII around fourteen thousand airplanes had taken off, planes newly built by the Henschel aircraft plant. Berlin–Schönefeld started its career as a factory airfield. After the war, the Soviets stripped Henschel of its equipment—which was then transported to the USSR to fix soviet trains and kolkhoz machinery—and ordered the building of a civil airport on the demilitarized site. Aeroflot, at that time the largest airline in the world, was thus the first to operate from Schönefeld. So the first civil flight to take off from there surely headed eastward, as probably did the last Henschel aerial weapon. The new outlooks have an eastward orientation too, as it is anticipated that Berlin Brandenburg International Airport will become the main European hub for flights to Eastern Europe, Asia and the Far East.

The next phase in the life of the Schönefeld airport was one of decline, brought on by the collapse of the Eastern Bloc. In the 1990s everything was moving westward, and everything western was given preference. The airlines too favoured the cooler, more central and symbolically more meaningful airports of West Berlin, and the number of passengers using what used to be the main airport of the German Democratic Republic, rapidly decreased. 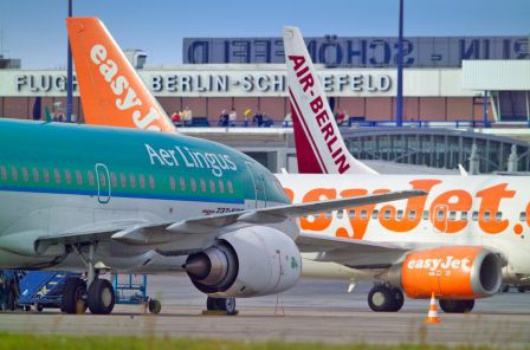 However, as the low-budget airlines gradually become the modern air ‘superpowers’, the somewhat distant and not-that-cool airport gained significance once again. RyanAir, EasyJet and Germanwings stirred it from its post-communist lethargy and divided it into new sectors of influence, each coloured according to the specific, non-ideological corporate design: blue with a yellow outline, mighty orange, purple on metal, and so on. Berlin, as a cheap-but-sexy destination, attracts more and more tourists and SXF has gradually developed into what it is today EasyJet’s largest base in continental Europe.

The third metamorphosis is about to happen this summer. Although not everybody stands unanimously united behind this idea, Berlin’s air traffic will be united—it will be centralised at the new airport. This major step could stand in the tradition of the Berlin’s unification pathos, but surprisingly it does not, at least not from the architectural point of view. After closing such significant an airport as Tempelhof, one would expect an internationally-renowned architect to be commissioned for this potentially symbolic replacement. But it won’t be a star like Foster, who referred to Tempelhof as ‘the mother of all airports’, and whose office has excelled with such previous airport projects as Beijing, Hong Kong, Kuwait, Amman and Stansted. Instead, the project was awarded to two local but quite nameless architectural firms, GMP and JSK. More acronyms—that’s right. 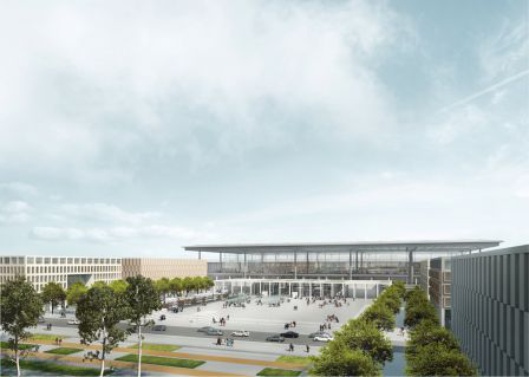 Another discrepancy is a visual one. Namely, the disharmonious interplay between the airport’s coiled control tower (which does impress) and the main terminal building, which brings to mind a cheaper-but-bigger version of the minimalism of Mies van der Rohe’s New National Gallery.

Berlin is slowly leaving its divided past behind and the new airport is another step in that same direction. However, this project will not become a symbol of unity, but rather one of pragmatism. It seems that in Schönefeld things never quite come to a completion; usually, they just take a new form. The opening of a new airport thus follows the trend of previous reorganisation. Schönefeld has always been there for those in need of a quick, cost-efficient and practical solution. Flying used to be a romantic endeavour, but nowadays it’s all about pragmatism. The new romantics take a train or a ship, if they can afford it. 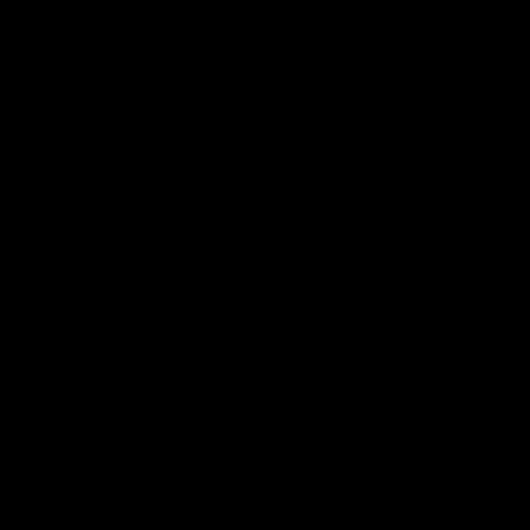