The 3 lessons of Mr. Papakonstantinou at the LSE

Yesterday, the Greek Minister of Finance Mr. George Papakonstantinou delivered a speech at the London School of Economics. Mr. Papakonstantinou explained the 3 lessons he took from the Greek financial crisis. move before you if you dont act on time. If you are late for a long time, gradually the dissolved institutions and your financial problems will catch you first. 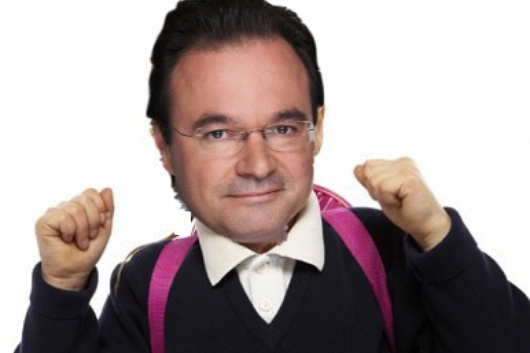 Lesson 2: Time is money. If we had acted earlier on a European level, things would be more easy.The lately you act the more it will cost you. Lesson 3: Do not face the crisis with temporary measures, but try to cure the root of the problem"

I dont want to panic you at the Greek Government but it seems that you didnt study enough..

Firstly, lesson 1 is known even to undergraduate students..if you wait to become a Minister in order to understand that events move more quickly than intitutions, well it a little bit late..

Well, about lesson 2 I think that again you ve learned half the lesson.. It is true that Europe should have reacted earlier in order to activate a mechanism for countries which face financial problems. However, at the same time you should have move a little bit fast. From the day after the elections you should try to handle the situation, not travelling all around Europe telling that ''you have found a chaos''. This would prevent the spreads from skyrocketing.. Especially when the markets were shocked after Dubai's suspension of payments. This would avoid you running behind the events (see lesson 1)

The third lesson is by far the most important. However it is important when you incarnate it to a policy. Up to now, very few things testify that in the Ministry are moving towards that direction. Instead of rhetorics we want to see growth measures and a functional state. On the contrary we are experiencing a flood of taxes which highlights exactly the predatory nature of the state we want to tear down.

Lets be honest and see the truth: in a crisis you need ''shock therapy'' and those who claim otherwise either the cant face reality or they ignore it.

These treatments include ''less state'' and public servant layoffs, merges of wasteful Organisations and not the destruction of the welfare state. I prefer to dismiss 50 employees who do nothing, or to close agencies like ''Copais Lake Drainage Agency'' (the lake has dried up since 1931!), instead of cutting the pensions of old people.

Good lessons Minister, but move on and do your homework, otherwise we will..fail!