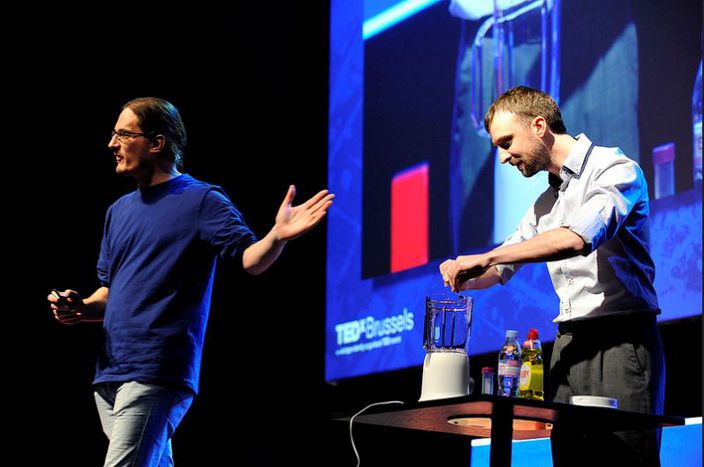 TEDx Brussels: Redefining the way to do science

Have you ever thought about meeting a scientist who uses a kitchen blender to produce a black liquid that allows us to have a beer in a plastic bottle? Cheers! Have a small taste of what is bringing science into real life.

Last Monday during the TEDx Brussels “The Territory and Map” event, we heard about different approaches to successful stories from across the world in different fields: economics, education, health and science.

One of the speakers during the afternoon session was Professor Jonathan Coleman, who is one of the world’s leading research scientists in nanotechnology and materials. In 2010, he received an ERC (European Research Council) starting grant to support his research on nanomaterials and their application on a mass scale.

During his research, Professor Coleman has opened a new gateway to industrial solutions, challenging the old paradigm that investing in science is extremely expensive. He is a natural innovator, obtaining brilliant solutions through cost effective procedures. At TEDx Brussels, he impressed the audience by bringing science to life using just water, dish soap and a kitchen blender to produce graphene (one atom thick layers of carbon with extraordinary properties).

Cafebabel has talked to him briefly about his discoveries and applications of the so called "wonder material" that will mark a milestone in industrial solutions not far from now.

Cafébabel: Can you explain to us about your passion for science; How is that you became a scientist?

Dr. Coleman: I became a scientist simply because I was good at it. So I was good at physics in school, I went to study physics in college and then I really liked college. So I didn't want to leave. So I'd stayed on to do a PhD and then I still liked it. I wanted to stay longer. So I stayed doing research and I've been in college for 23 years. Just because I liked it! It is fun!

Cafébabel: How is it that you don't have a public profile on social media?

Dr. Coleman: Well, “I don't know” is the answer. But I do a lot of communication work and I do a lot of media work, where I talk to the general public, the schools and kids. I've done a lot of radio, I've done some TV, and I’ve done a lot of newspaper work. So I've done a lot of that. I'd just do it through this sort of modern media. I mean, this takes a lot of time; you have to be doing it all the time. I have three small children, so you know, you can’t have kids, do research and do anything else.

Cafébabel: Would you say that graphene will mark a milestone for mankind? How do you see the future of graphene?

Dr. Coleman: I’d think so. At the moment, we believe that graphene will be useful for many different things. It has certain properties, it is very, very strong, it’s a very good conductor of electricity, and it’s very light. 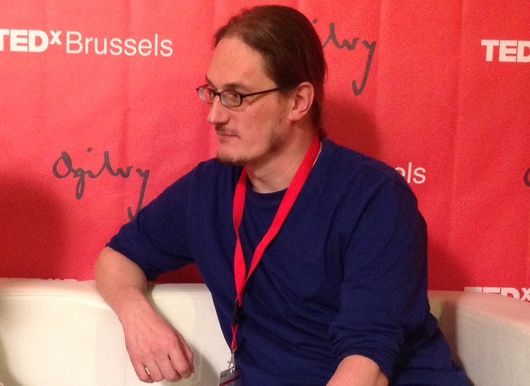 That should mean that it’s useful for, say, making stronger plastics, or making TV screens more efficient, or many applications. But it is at the very early stages. Companies are now trying to turn those applications into products. But it is very, very early and what they don’t know yet, is which products will be successful first. So, in ten years time there will be graphene products, but we don’t know what the graphene products will be in one year’s time.

And that is where the big race is at the moment: Trying to figure out what is the best type of product that you can use graphene for. And can you make it cheaply enough to make it cost effective.

Cafébabel: We know you have done some studies and tests for enhancing plastics, like changing properties; Do you believe that in the future we will hold a beer or a water bottle made with graphene?

Dr. Coleman: You said beer, and that’s exactly right. I am working with SAB Miller, which is the second largest beer company in the world; and, what they want to do is, they want to sell beer in plastic bottles.

And the reason they want to do that is that plastic is lighter than glass, and so it’s cheaper than glass, and if you ship a million bottles of beer a day, it requires a huge amount of fuel, so they want to go to plastic. But the problem is that the gas in the beer goes out of the plastic, and the oxygen in the air goes into the plastic and both of those things destroy the taste of the beer.

Dr. Coleman: The shelf life is probably increased from about two weeks to maybe ten weeks. Though they want 26 weeks, we are not at 26 weeks, but still it is a significant increase.

But, what they don’t know is: Can this be done cheaply enough to make a million plastic bottles with the nanomaterial coating? And we don’t know that yet. So this is a good example of where the technology works, but will the economics work? And that we don’t know.

Cafébabel: So, which is the main challenge right now for mass producing graphene at this early stage for the whole Industry?

So, this is as big as we can do. We have licensed this technology to a chemical firm, and they are now building a factory for this. The factory will be eventually the size of this building. -Bozar- So this will be a mass production procedure.

Cafébabel: How much does it cost to produce 1 gram of graphene, compared to any other commodity good, such as gold?

Dr. Coleman: Let me give you comparison to different things. Before graphene, there were nanomaterials called carbon nanotubes, and people thought they could do everything and they will be great. But the problem was, good quality carbon nanotubes cost 500€/gram. And that was just too expensive for everything. Graphene, we believe with this method, will be much, much less than $1USD/gram. So, the advantage of graphene is that it can do what the previous most exciting nanomaterials could do, and more! And yet it will be much, more cheaper. And that’s why we have the excitement that we have today. Before nano was too expensive; with graphene, maybe it can be cheap enough to be widely used.

Cafébabel: Finally, what would you say to younger generations about getting a start in science? To inspire new generations?

Dr. Coleman: That’s a really important question, because without young people coming into science, there are no scientists of the future. And it is very, very sad because a lot of young people, when they get to the age of 15, 16 or 17 they think science is boring!

Or that science is too hard, and they can’t ever do it. And that is not true. Science is fun; if you ask most scientists, they will tell you they do science because it’s Great Fun!

You get paid, and sometimes you get paid a lot of money to do your hobby. And what more could you want than that. So I would say to all young people it’s great, it is the best job in the world!