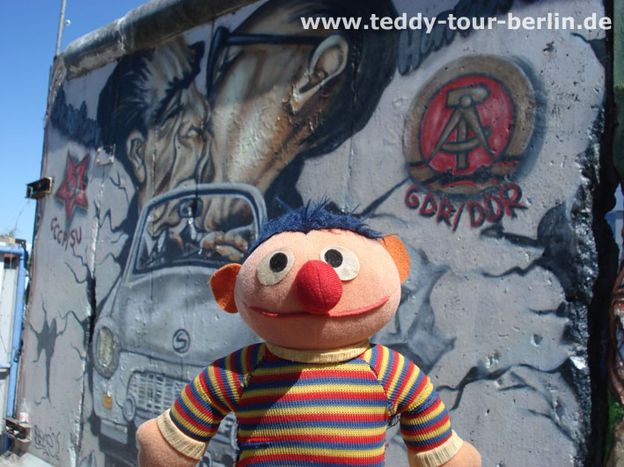 Clearly Berlin has a soft spot for the bear, the symbol of the city. After the Knut-mania surrounding the polar bear at the city’s zoo, teddy bears now have their own tour operator to visit the German capital. Seriously…

Could Karsten Morschett and Thomas Vetsch remain devoted youngsters? Confirmed thirty year-olds, they remain young at heart and have found a method of preserving this: two kids who have made lots of new friends since the creation of the Teddy Tour in 2005. ‘The idea came to us out of the blue,’ Karsten recalls. ‘One of our friends had the habit of doing his shopping with his teddy bear in his hand. Maybe to make him feel less alone… We did not know what to give him as a birthday present so we kidnapped his companion and did a little tour of Berlin. From the Brandenburg Gate to the Reichstag via the television tower, it was just like a photo shoot for a Hollywood star. An excursion immortalised in a photo album that we then offered his as a present.’ 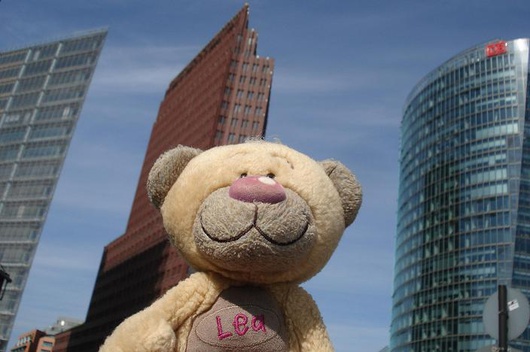 Not dissimilar to the tale of the father’s garden gnome turned globetrotter in Amelie, the Berlin tour operator has became all the rage. Since its creation, a guided visit around the German capital has been made once a month. Karsten, a stagehand at the theatre in Giessen, is convinced that ‘Berlin and its numerous symbolic monuments lends itself marvellously to this project. And even if Quebec or Madrid have bears as their city’s emblem, no other city in the world contains the word “bear” (Bär) as their first syllable!’

An unusual tale for a city for the less crazy. Without any major advertising campaigns, the organisers are surprised at the project’s success: ‘We have received cuddly toys from Mozambique and Tanzania, but how did they hear about the Teddy Tour? I have no idea but the wind has turned towards Berlin!’ Karsten explains. The recent appointment of this stuffed animal tour as an ambassador for Berlin (as part of its be-Berlin campaign) has certainly helped to spread the rumour.

Men and their little treasures

But who are supporting the guardians of these childish furry beings? Those who are alike come together, Karsten is convinced: ‘From age seven to 77, everyone is saying that they have never seen an idea as mad as this.’ Every parent entrusts his loved one voluntarily after completing the registration form and specifying whether their doggy is a vegetarian or his bunny is alcoholic! Karsten says that ‘all stuffed animals are welcome whatever their race, nationality, religion, sexual orientation or disability.’ 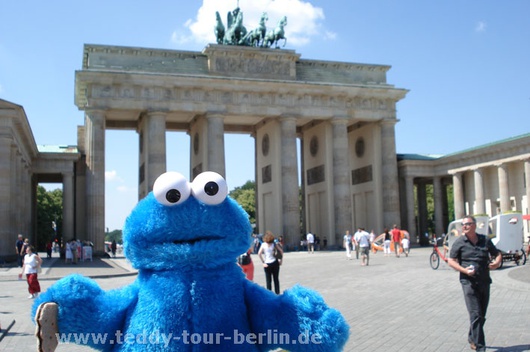 Females constitute the majority of the Teddy Tour’s clientele but interest from the male sex is not far behind. Many husbands send their little treasures to Berlin… hoping perhaps that it will shift some unwanted burden! ‘Those seriously ill and those too old have also joined in the Teddy Tour by sending their long-life companions to us for a once in a life-time expedition. One of the stories that touched me the most was that of a teddy bear that came to us in memory of someone who had died,’ the instructor says, still moved by the memory.

Yet even if many have succumbed to the idea of sending their teddy bears on holiday, the stroll is not cheap as a smile. The price varies from 39 euros (£31) for the native teddies up to 139 euros (£101). But what could they do to the invaluable security blankets? Karsten justifies the quality of service to the price: ‘As the icing on the cake, a picnic and a personalised massage are offered to the ‘ultra-stressed’ teddies so that they rejoin their households peaceful!’

Diddle, Titi, Pimboli or Care Bears, participants are not just cuddly toys. Each animal and each favourite objects have their place at the heart of the tour that is guaranteed to be 100% environmentally friendly. A Finnish Barbie even fought its way in on the act. ‘We have often adapted to the different toys that have interested us or have always had to cuddle. For example, children in China are not accustomed to cherishing cuddly toys.’ 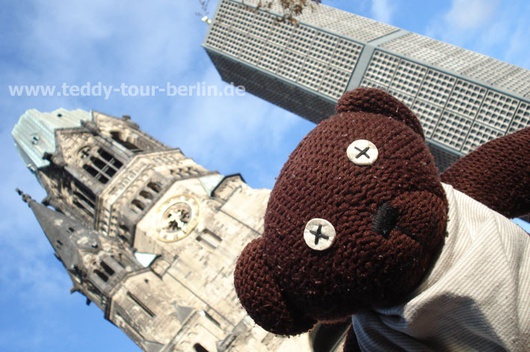 ‘Lea, my Franco-German Mini-Me, was very excited by her stay in Berlin. This seven year-old Pimboli will remember the kind members and the kind organisers it met there for a long time. Since her return to France, she was keen to write to her Pokémon pal, Leon, a depressed fellow-traveller: ‘If you are sad, if you are heartbroken, you know that there is a tour in Berlin. Likeable, friendly and cuddly teddies, on trams or on bikes that you can make friends with!’’

Thomas and Karsten have met Lea, Leon and other creepy crawlies in other adventures. Madame the chancellor has even given them a reception in their honour at the Tussot museum, an equivalent to the Grévin museum, which will open its doors to the German public in the capital in July.