October was the special month for the European Youth Parliament Georgia and Tbilisi City. They hosted most important European Youth Event for the region.

As a young person born in Georgia in the 1990s, my formative years included a civil war that brought about the troubled 1990s and the not so sugary 2000s. Despite the difficulties, Georgia’s youth continued striving for a better future. They were active, participated in a variety of programs, and went as exchange students to America, Europe and elsewhere. It was hard to breath in my country, and we desired change. This was not only because of the political turmoil, but because it is the nature of a young body not to stand in one place. Young people desire to travel and to discover life and themselves. In 2007, when the European Youth Parliament was born, this created a great opportunity for Georgian youth. The EYP gave young people in Georgian the opportunity to travel, to be involved, and to discover a sense of European values, which are the ultimate guide for Georgia’s European future. 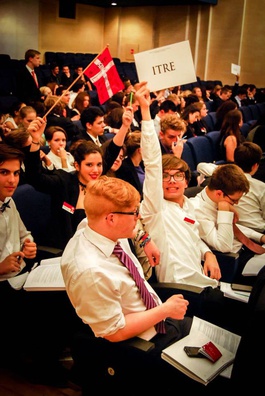 The European Youth Parliament Georgia held its first National Selection Conference on 1 June 2007. Since then, the EYP of Georgia has held 34 local, regional and international sessions gathering youth from all over Europe. EYP Georgia was first in the region and third (after Ukraine and Belarus) in the Eastern Partnership countries to have a National Committee (NC) officially proclaimed. Young and active Georgians know about EYP and try to become members, whereas in larger degrees organization is quite unknown and sometimes event confused in the similar projects. One of the main topics currently being discussed in the European Youth Parliament is Europe’s ageing population. According to a EU Youth Report from January 2011, around 95.2 million young people aged between 15 and 29 lived in the EU’s 27 states. While the population of Europe is aging, the number of young people continues to decrease. This alarming statistic needs to be addressed by both the EU and local governments. Unemployed and disadvantaged youth cannot change the world, however, local and international foundations are investing in youth and creating positive tendencies with these investments. For example, the Schwarzkopf foundation, Stiftung Mercator, Dräger Stiftung, Youth in Action program and Open Society Foundation are frequent sponsors of EYP projects. The population of Georgia is also ageing and it is easy to see parallels between Georgia’s problems and the issues faced at the EU level.

The European Youth Parliament itself is a nonpartisan, nongovernmental, European organization designed for youth between the ages of 16 and 22. Nowadays, the EYP is the largest platform for political debate, intercultural encounters, political educational work and the exchange of ideas among young people in Europe. The Schwarzkopf foundation, together with Governing Board of the EYP, manages the organization, which has National Committees in 40 member states throughout the EU and neighborhood countries. Every EYP event is called a session, but these include several types of events such as: regional events, national selection conferences, school sessions and international forums. The biggest events of the year are three International Sessions held in different cities throughout Europe. This is unique event full of multiculturalism, diversity, team spirit, multilingualism and most importantly, motivated young people united by the EYP. 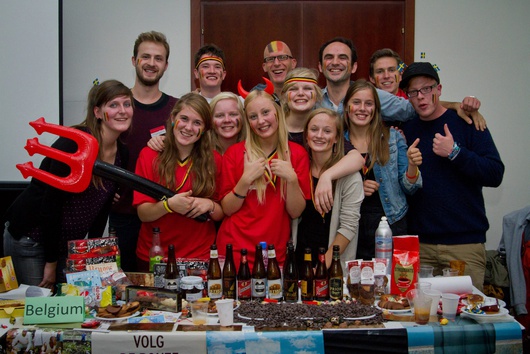 The structure of these sessions is complex- filled with different informal education and social psychology methods. Teambuilding, committee work, and the General Assembly make up the holy trinity of the EYP. The length and composition of each of these activities varies from session to session, however, in the recent Tbilisi International Session the activities lasted as long as possible. After 2 days of teambuilding at Bazaleti Lake, delegates were relocated to Tbilisi for three days of Committee Work followed by a General Assembly at Tbilisi State University that lasted two days. Cultural activities are also an essential part of the session. The Euroconcert, Tbilisoba festival, visits to museums, a Georgian night, and farewell and welcome parties were organized for delegates and officials of the session.

Nowhere better than Georgia stated commissioner Štefan Füle, the European Commissioner for Enlargement and European Neighborhood Policy, in his address in support of the Tbilisi International Session. In the city that loves you, a generation of Georgian youth was reborn, given the chance to prove their significance. Indeed, the 74th International Session was an immanent success for EYP-Georgia.