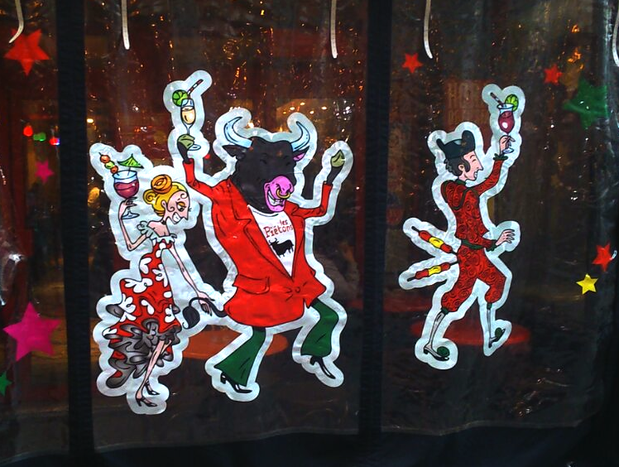 Clichés, tapas and sevillanas abound in the centre of Paris, at the restaurant Les Piétons. It's a place inspired by genuine Spanish flavours and takes you away to an interesting attempt at an authentic Andalusian bistro.

When it comes to showcasing the traditions of a country, stereotypes are magnified, enlarged and even deformed. If such a place is to your taste, you will be home at Les Piétons, a Spanish restaurant in Paris, where the sevillana songs hum in the background, bullfighting posters adorn the walls and lights mimic lanterns from the April Fair, held every year in Andalucía. With this display, it's no surprise if some French tourists imagine women go out partying in flamenco dresses and men wear suits made of lights in Spain after visiting this restaurant. 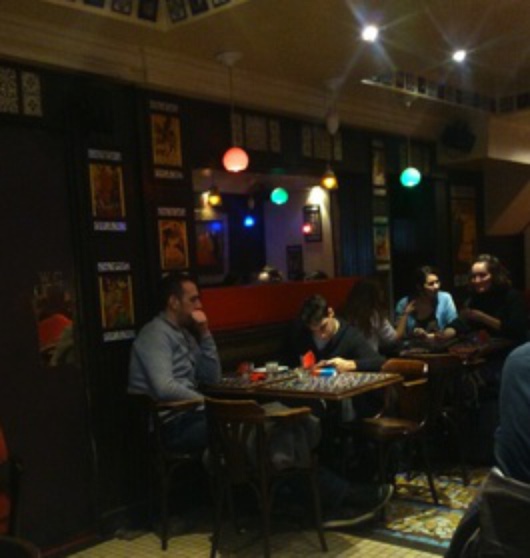 After arriving at the restaurant, a bull, a flamenco dancer, a matador and banderillero (The flag carrier who assists the matador in bullfights — Ed.) on a plastic tarp welcome guests. Undoubtedly, this distinct welcome in the heart of Paris with red and yellow clothes can only be the prelude to a wide array of tapas: ham, cheese and sangria on the side. Inside, the murmur of folk songs mix with sounds of the large crowd. Most of the waiters are Spanish and some other typical phrases like mi arma (My God), ¿qué ponemos por aquí? (What would you like to order?) or qué pasa, quillo (What's up, bro?) slip between the voices.

On the menu, also adorned with the national colours to stay within the theme, the food doesn't resemble much of what you could find at any bistro in Spain. Sure, some dishes have undergone modifications after crossing the border, which is why you can find some as camarones a la chupita (shrimp lollipops), lasaña serrana (Sierran lasagna) or crema catalaña (crème brûlée). These are the sort of names which go unnoticed by the French and many other foreigners tempted to taste Spanish cuisine. 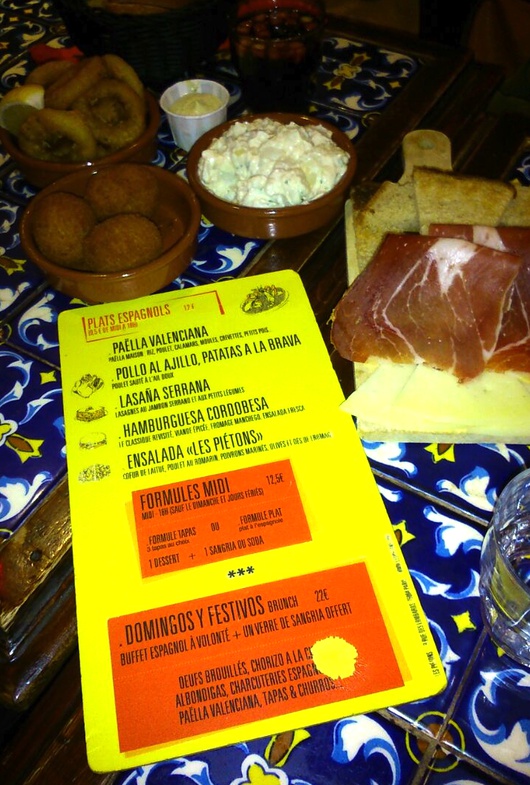 As for the food, and even if you believe the old adage 'nothing tastes like home', you need to take the chance. Against all odds, the result is quite positive and in the hours that one meal lasts — at least two if it is a traditional Spanish one — it is possible to be absorbed im the typical flavours of the country. A wish that more restaurants in Paris are trying to fulfill, finding a variety of places with 'typical' names like Toro, Agua límon, Toro borracho, La Paella or Casa Pepe, among others.  Overall, Les Piétons is perhaps the best combination of all the clichés of Spain, that is inevitable represented as an eternal Andalusian cabaret with an eternally festive ambiance. If only to reinforce the stereotypes, the waiters insist that the fun comes at night, when the music changes tempo and the whole place becomes an improvised party. Food, sevillanas, sangria, all in a little slice of Spain in Paris.