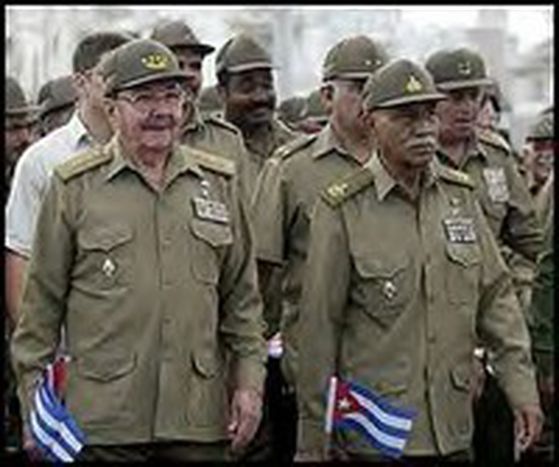 With 283 dissidents behind bars, Cuba houses the highest number of political prisoners in the West

On January 10 2007, aged 50 years, black Cuban political prisoner Miguel Tamayo Valdés died of heart failure. He is known as the founder of the illegal organisation and opposition group Fraternal Brothers for Dignity. He was also the first to die of 74 other dissidents, who were sentenced to up to 28 years in prison in March 2003. This governmental crackdown on activists led to the implementation of EU sanctions on Cuba, at the request of the-then Spanish and Italian prime ministers, Jose Maria Aznar and Silvio Berlusconi.

On June 9 2004, a year after being imprisoned, Tamayo Valdés, born in Párraga, one of the poorest areas of Havana, was released 'for health reasons', according to official sources. 'It was so the Cuban government wouldn’t have to deal with him dying in prison,' says Elizardo Sánchez, human rights campaigner and leader of the 'illegal but tolerated' Cuban Commission for Human Rights and National Reconciliation. The organisation recently announced that 'repression continues, but with a change of strategy. Long prison sentences are subsituted by quicker methods such as short term detentions, searches, confiscation of documents and means of work, acts of repudiation or intimidation from the police.'

Before imprisonment, the former television repairmen had already suffered two heart attacks. Letters to his mother written from his prison cell detail how, 'they haven’t given me the medication you sent me. They don’t take my blood pressure. There are 8 of us in one cell 6 by 3 metres wide; next to a bathroom and washroom. I have only received religious instruction once. There is just one telephone for 600 inmates.' His illness worsened with psychological abuse such as 'no more than one hour of time outside per day'. Outside of prison, he was threatened to leave the area and thrown insults from the neighbourhood, like 'worm! US government mercenary!'.

In October 2006, Cuban police officers arrested him six times, confiscating personal documents and money, according to the Assembly for the Promotion of Civil Society in Cuba (APSC). The coalition was headed by Democrat economist Martha Beatriz Roque, another dissident from the 'Group of 75' imprisoned in 2003. Although Tamayo Valdés was granted visas from the Dutch and US embassies to leave the country, to treat his heart condition and join his family in exile (apart from his wife, who was in Cuba), the authorities refused him permission. He died in January in a sordid prison hospital. The medical treatment he received on the island was a combination of 25 pills taken daily, custom in a country without access to the right pills, according to the APSC.

Both Elizardo Sánchez and Osvaldo Payá, promoter of the Varela Project for the democratisation of Cuba, and recipient of the European Parliament’s Sakharov prize for the Freedom of Thought, have called to the international community to 'not let themselves be guided by inertia,' and to not let down their guard in the face of 'attempts to continue totalitarianism' after the death of Fidel Castro. 'Tamayo Valdés was the first to die, but there are others in equally bad situations that will follow,' stated the wife of dissident and journalist Héctor Maseda, who is serving a 20 year sentence.