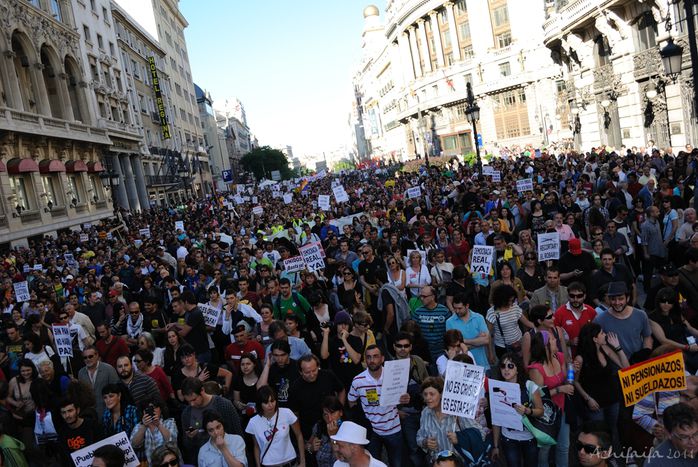 Taking the demos out of democracy: protest in Europe

The first requirement for a European state to apply for EU membership is ‘respecting its democratic values’. Given that, current members could use a refresher course on what it means to be a democracy. Protests, a vital part of this system of government, are increasingly being repressed. Is Europe forgetting how democracy works?

Politicians are presently going to great lengths to keep people from approaching their ivory tower. Earlier this year, the Spanish government made parliament a sanctuary through a controversial law that effectively bans protests near institutions such as the Spanish parliament. Meanwhile, British home secretary Theresa May had to block Mayor of London Boris Johnson’s plans to use water cannons as a tool of crowd control. Evidently, protests are no longer viewed as an essential part of democracy but as public revolts that need to be crushed.

The right to protest is a democratic principle granted through various human rights, such as the freedom of assembly and the freedom of speech. Fortunately, this right is restricted so that it doesn’t include spreading hatred or threatening public safety. Unfortunately, governments are increasingly paranoid about what constitutes a ‘threat’ to public order. 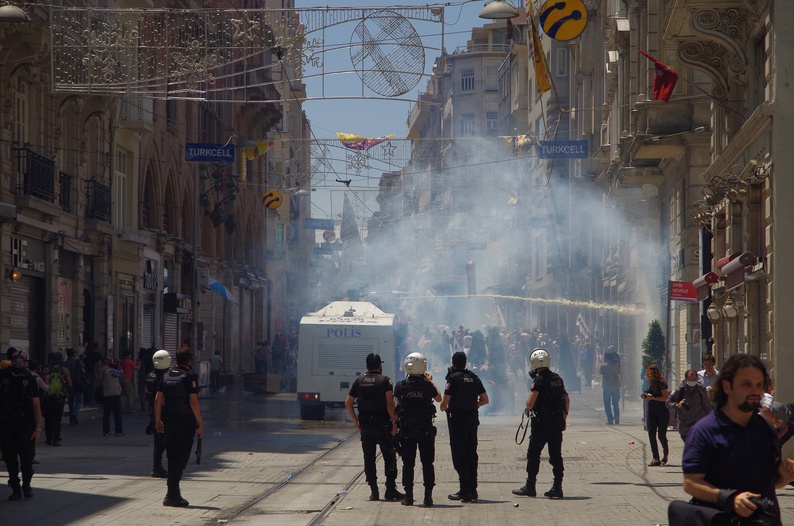 Blasphemy may no longer be a crime in Europe, but say a bad word about the royals and you’re in serious trouble. A Dutch citizen who had shouted "Fuck the king, fuck the queen, fuck the royal family" was prosecuted for insulting the monarchs, which led to public outrage. On other occasions, like the wedding of the British prince William and Kate Middleton and the inauguration of Dutch king Willem-Alexander, republicans were arrested pre-emptively.

Sometimes just the ‘fear’ of a protest is enough to alarm the police. Last week a Dutch police report was published that stated people had been arrested during last year’s Sinterklaas celebrations because they were black or seemed 'alternative'. It further claimed that the police feared for the public's safety, due to the presence of people looking 'left-wing' and wearing shirts with anti-racism texts. Add all this to warnings from Amnesty International that excessive use of force by police against protesters and journalists in countries like Greece, Spain and Romania goes uninvestigated and you'd almost think that the EU is a partnership of police states.

Limiting the right to protest has nothing to do with public order and has everything to do with people challenging things they are not meant to. It is also in line with the rising inequality levels across Europe as research has shown that the more unequal a society, the more repressive it is. When only a small group of people benefits from the existing state of affairs, it is in their interests to silence the mob or deflect attention away from themselves. Aren't we told to direct our anger at migrants when they contribute more than they receive in benefits? Isn't that why we're supposed to vilify strikers who were faced with unacceptable changes to their working conditions and whose right to strike was recently curbed? 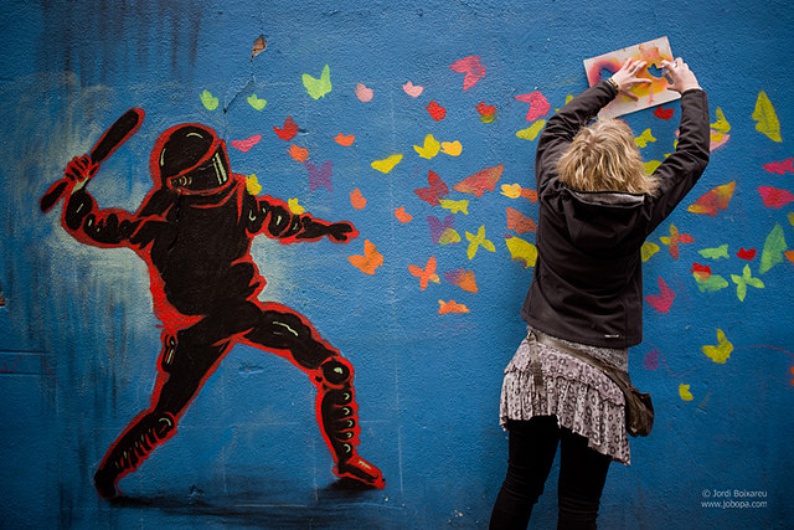 In a free society, neither untouchables nor outlaws should exist and yet in today’s Europe royals and politicians can’t be held responsible for their own actions, whereas everything from the housing crisis to low wages to traffic jams can be unfairly pinned on migrants. Moreover, the Spanish gag law and British plans to scrap the Human Rights Act are clear examples that even in a democracy our rights are occasionally at risk. The least governments can do to uphold the pretence that we are living in a functioning democratic society is let people take to the streets to defend these rights.

Actress and film director Natalie Portman, herself a vocal political activist, reminded everyone what living in a democracy actually means last week: "Sometimes people get elected that you wouldn’t elect yourself and you have to live with it. So you raise your voice, you need to speak out, protest when things are going wrong, but that is being part of a democracy." Democracy isn’t something you switch on when there’s an election and switch off again as soon as the results are in. In a democracy, the demos is allowed to voice its opinion whenever it wants. Now I understand that certain politicians may not like this bit very much, but that is also part of democracy.