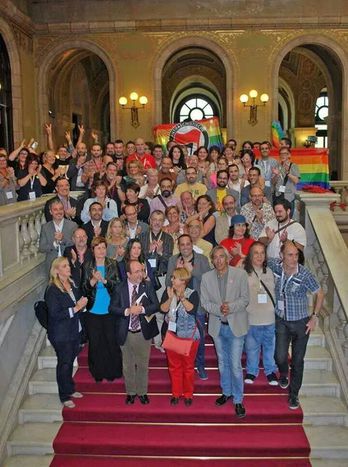 Tackling Homophobia in Catalonia: Part I

The new law approved in October 2014 by the Catalan Parliament  covers all aspects of the social life of a person, and, unlike its predecessors, is equipped with a penalty system. Its characteristics make it the most advanced and complete law against homophobia in Europe.

The law approved by the Catalan Parliament on October 2nd 2014 aims to guarantee the rights of lesbian, gay, bisexual, transgender, and intersex people (LGBTI) while protecting these rights by eliminating any type of discrimination due to sexual orientation, identity, or gender expression. The approval of the legislation wouldn't have been possible without the tireless fight of various LGBTI associations and organisations. After long hours of negotiations and an exhaustive writing process, their efforts have been fruitful, although LGBTI communities are "still far from being normalised [in Spain]," as the law's creation itself shows. 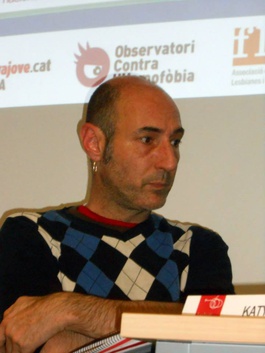 Eugeni Rodríguez, speaker for the Frente de Liberación Gay de Cataluña, the Front for the Gay Liberation of Catalonia (FAGC) and president of the Observatorio contra la homofobia, the Observatory against Homophobia (OCH), explains that this law originated in Catalonia's tri-party government (early 2005). "It's a law that we already had, and we made it ours. We presented it in the past elections. We made it so that the heads of the political parties signed a pledge to approve it during this legislature," Eugeni explains. The law came into the Catalan Parliament through the leftist political groups (ERC, PSC, ICV, EUiA, and CUP), in July 2013. During the Parliament's process, the support of CDC and Ciutadans was won, but not that of the PP and UDC. Finally, with a majority of votes in favour, the law is passed and Catalonia becomes the region with the most advanced and complete law against discrimination in Spain and Europe.

Legal advances and the current situation

This law is a tool for "the building of new references for relations based on equality and respect." In addition to enriching and amplifying the current legal framework where there is already a movement towards non-discrimination for motives of sexual orientation, identity, or gender expression. This law is "totally necessary to reach the point where real-life equality is at the same level as legal equality," explains Jesús Generelo, general secretary of the Federación Estatal de personas LGTB, the State's Federation of LGTB people (FELGTB). “We have to legislate not only to stop discrimination but also to revive, as the Constitution says, any obstacle that would make actual equality effective."

Furthermore, the law implements studies that will make it easier to obtain real data about discrimination to amend for the current lack of data and indicators. For this, the Observatory against Homophobia, as President Eugeni Rodríguez explains, has already signed an agreement with the Autonomous University of Barcelona. A study from Spain's Internal Affairs published in 2013 shows that the primary cause of hate crimes is homophobia, followed by racism and xenophobia, with more than 400 crimes recorded during that year. In Catalonia, the Observatory against Homophobia introduced the Anti-Discrimination Report in 2013, where 384 police reports can be found, all for attacks and discrimination due to sexual and gender identity.

"The difficulty of proving discrimination on the grounds of sexual orientation or gender indentity and expression results in many of these cases not being reported," comments Jesús Generelo.

A comprehensive and innovative law

As defined by Jesús Generelo (FELGTB), it's a very thorough law that encompasses all the facets of a person's life: health, education, work, culture, leisure, and sports. "These are all aspects we need to influence so that this new-found legal equality will be truly effective."

The provisions within the law cover a wide range of areas within these six sectors. In regards to Health, raising awareness and preventing sexually transmitted diseases, especially HIV/AIDS, and regular treatments associated with trans identity and intersexuality or access to assisted reproductive technology is critical to this law. In the area of Employment, it is important to highlight training to prevent occupational hazards. In terms of Communication, proposing recommendations to avoid broadcasting homophobic content. When it comes to Education, the law regulates matters such as the content of school subjects, child and youth leisure, and sports. It also contains provisions for training programmes for parents and teachers in order to include and normalise romantic and sexual diversity, and to prevent aggression and discrimination in schools.

Finally, this law establishes the legal framework to guarantee the "appropriate treatment and holding of LGBTI people in police custody," and "establishing norms of identification and registration for transgender people in accordance with the gender felt by that person."

Find more about the law in our second article in the series.