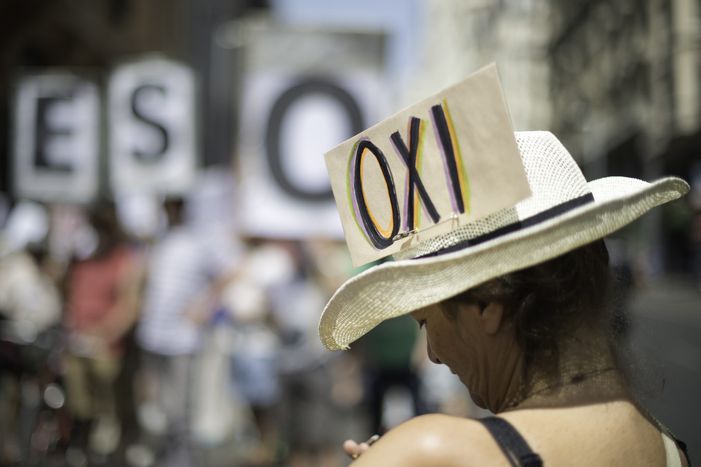 Syriza's Stelios Elliniadis: "The monster is still out there."

On the day, Tsipras' immediate reforms concerning pension and tax were announced, we interviewed Stelios Elliniadis, journalist and a member of the Central Committee of SYRIZA, who warns that, despite having made great strides with the support of the citizenship, "the monster is still out there terrorising people and looting countries ."

1)What does the referendum result mean for the Greeks and what message does this send to the rest of Europe?

The "Oxi" vote is a very strong message to the European political and economic establishment. It is a refusal of the imposition of austerity, a declaration of independence against neocolonial attitudes and a rejection of the old class of political parties and politicians who dragged the entire country into a deep trap.

2) What might be the next steps in the renegotiation of the debt in order to receive more money?

There is no good agreement without a generous cut of the huge debt (which currently stands at 180% of GDP). Austerity will be permanent, even if we just tried to pay the annual interest for this debt of 330 billion euros. That was recently reaffirmed by the International Monetary Fund. Just getting money to sustain Greece's weak banking system and repay the lenders is increasing our debt burden and deepening the recession. In addition, and most importantly, it keeps making the people poorer.

Greece needs money and tools to restart its economy, not to extend the current, already five-year-long, crisis into the future. In the short run, with banks closed for over a week and deposits disappearing, the Greek delegation will face continuous pressure to submit to the demands of the European “institutions.” Hopefully, the Greek government, enforced by the will of the people, will not surrender.

3) What steps are possible and what is absolutely non-negotiable?

The "No" verdict is quite clear. It is a very democratic expression in favour of a reversal of the acts that are destroying a whole nation. But democratic values in Europe are applied selectively. Even an ally should be forced to die for not implementing the orders of the political and financial directorate of Europe, even if a good part of the responsibility for the misdeeds of former Greek governments belongs to the policies imposed by this same directorate. For the time being, in my opinion, big obstacles remain ahead for real progress. 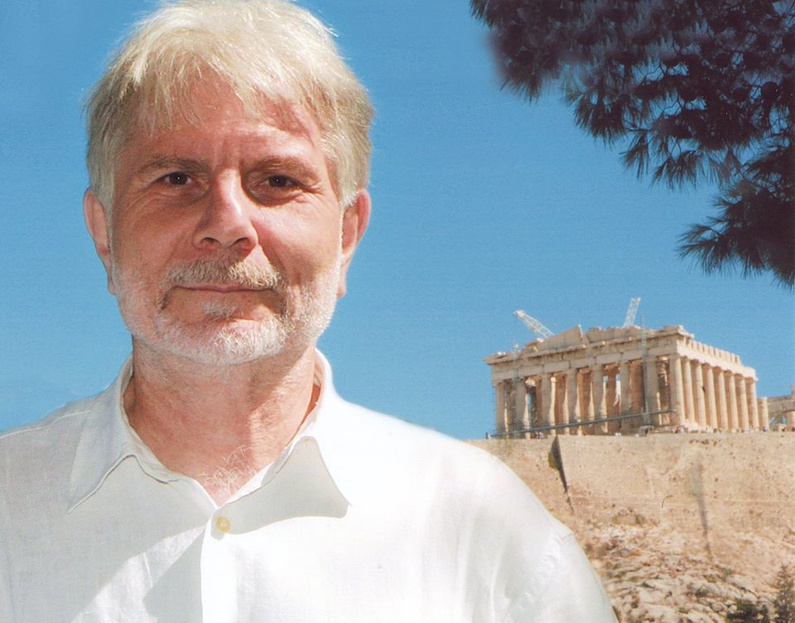 People in Greece were relieved when they found out that, after big cuts in their pensions and wages, for five months no further cuts have been made by the new government. This is a minimum defensive measure. Also, an increase of VAT to 23% on tourist destinations, demanded by the lenders, is a direct blow to the only “industry” still functioning in Greece.

Due to the Troika's demands, the Greek economy has suffered a fast de-industrialization and an even faster shrinking of its agricultural sector that was producing very high quality food products. As a result, we consume potatoes from Egypt, tomatoes from Holland, cheese from Germany, milk from Italy, meat from Bulgaria, lemons from Turkey and onions from Poland. That's economic, social and cultural genocide!

In order for all these policies to be implemented, the European directorate supported local politicians who were attached to these policies. It took at least 25 years, with an intensification since 2000, to bring our country on the brink of collapse. Private and state banks were lending a lot of money with the full knowledge that, because of the small size of the Greek economy, this debt is not by any means repayable.

Their aim was to hold the whole nation hostage. The next step is to extract ransom. And that is what we are struggling against. They already own very important assets of strategic value like the Greek Telecommunications Company, and they demand the “liberation” of the Greek Energy Company, the ports and 14 airports in the vital tourist areas, having already taken Athens airport under their control.

4) Could this gesture of "rebellion" be mistaken for an exercise of irresponsibility ?

How can we show the rest of Europe how to perform an exercise in compromise?

5) Recently, television news and newspapers pointed out the many atrocities committed by previous governments, from early pension (53 years) or false accounts. How is it that you assume the blame, but not the punishment?

Yes, it is a rebellion if a survival movement is resisting, fighting against its own extermination. The SYRIZA government has made more compromises than the people accept as rational. And this is a very delicate matter. The "No" vote is more radical and more to the point. The people are asking for fair and just treatment. They're saying that they are not a prey to be consumed. The European establishment is fully responsible for the puppets that reigned for so many years. The European conglomerates fuelled the explosion of corruption in Greece.

All the big scandals with Greek politicians involved are connected to Siemens and other mostly German companies, providers of equipment for the Olympic Games, suppliers of weapons (tanks, submarines etc.) and other overpriced items. The people of Europe are misinformed. Many believe that most of the money was spent on pensions and wages, which is wrong. The political establishment served its own circle with generosity (high salaries, fake loans, early (often multiple) pensions and tax exemptions etc), but that is not the case for the majority of the hardworking people who are jobless now.

Over 1,800,000 are out of work, there are a few hundred thousand doing part-time jobs,  others are getting paid 300 to 500 euros every month without a limit on working hours, while over 300,000 shops have closed. Some streets are full of people who sleep on the pavement and many, in thousands, have committed suicide, broke and depressed. If this is not total disaster, then what is? It is very obvious that the ones who created this mess are protected by the directorate. They were even promoted shamelessly by European officials during the referendum campaign. They want servants and dependent regimes, not free people and self-government.

6) Do you suppose this gesture could be the beginning of the end for Europe or a recovery of its founding values?

There is strong indication that our “rebellion” has had some impact around Europe. There is a long way to go, I am not overly optimistic so far, but everywhere something has started to move in the right direction. We look with hope at what is brewing in Spain, Italy, our neighbours Turkey, and to a lesser extent in most European countries where anti-austerity movements and exceptional individuals are daring to challenge the brutal deviation of the establishment from the collective values of the people of Europe.

There is strong indication that our “rebellion” has some impact around Europe. There is a long way to go, I am not over optimistic so far, but everywhere something started moving in the right direction. We look with hope to what is brewing in Spain, Italy, our neighbor Turkey, and to a lesser extent in most of the European countries where anti-austerity movements and exceptional individuals dare to challenge the brutal deviation of the establishment from the collective values of the people of Europe.

7) Varoufakis quit. Why? The IMF’s reaction?

Regarding Varoufakis and the IMF, it is very premature to interpret the his departure from the government. As far as the IMF is concerned, we should pay attention, but not take for granted what the officials announce now and then. Quite often they mislead us, on purpose.

Greeks alone have little chance of successfully overturning the directorate’s policies. We have made important steps, we have the support of the majority of the people, but we need allies, many allies abroad. The monster is still out there terrorising people and looting countries.

And talking about terrorism. You can not imagine the kind of terror that was unleashed from the media outlets that are controlled by private individuals. It’s impossible to describe it with words. And it is very encouraging that, with banks closed by the European Central Bank’s decision to stop funding them just ahead of the referendum, people stood up and said very loudly, despite all the threats and blackmail, "Oxi!"