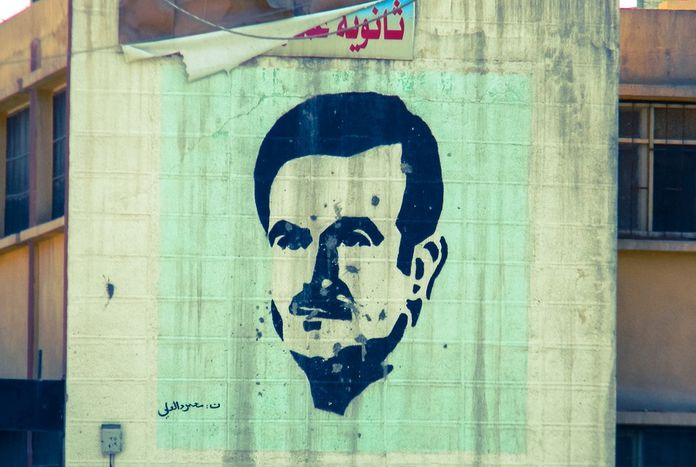 Thanks to our super technology planes, trains and of course smart phones the world is a smaller planet than it was 50 years ago. But our solidarity also should be bigger than it was 50 years ago. We as human-beings can not stay silence against tragedies happening around us. If there is a nation suffering at the hands of a repressive state, we can not stay indifferent.

If it is needed, we should accept to be there with our states to protect humanity against tyrannies.

Although we couldn’t do a very good job, we were in Bosnia to stop Radovan Karadzic’s crimes against humanity. If we had not acted to stop Karadzic in Bosnia, the civil world would be partner of the crimes of Karadzic.

What’s happening Syrian cities, towns and villages now is not so different than the massacre happened Bosnia 17 years ago. Syrians government killed more than 10.000 people in a year. Unfortunately despite all efforts of Arab Leauge, UN and Turkey’this tragedy is still going.

The Syrian regime is attacking and killing it’s own people. Under the pressue of the world Syrian dictator Bashar al Assad lot’s of times promised to stop this bloodshed but he never kept his promises.

Regarding unkept promises of Mr. Assad, we can be sure that he will use same tactics just to earn more time just for new killings. However I hope the time will show that I was wrong but I am preety sure that he will not comply to the plan propesed to him by UN and Arab League’s Special Envoy Kofi Annan.

By declaring the world that he would comply with the plan proposed by Annan, just 10 hours before deadline, he is trying to buy time one more time. Like all other dictators, he knows that any plan proposing fair elections would end his clans authority. He knows that if he applies this plan at the and of the day he will loose his authority.

We shouldn’t be naive. There is no reason for Assad to pave the way for a peaceful and democratical transition. He is feeling the supportive hands of China, Russia and Iran staying on his shoulder while shooting his own people.

Two months before the starting of uprising, Assad admitted that he would never implent democratical reforms since Syria was not a country needing reforms. Four months after the uprising he gave his second speech and declared that he would fight against’terrorists’until’last drop’of his blood.

Anyway, Annan’s cease-fire declaration will start at 06.00 am (today) with Damascus time. I think not for Assad but for our respect to Mr. Kofi Annan, we should wait to see the results. However, if the Syrian regime doesn’t comply with the truce, I would like to watch Mr. Annan’s final statement. Mr. Annan shouldn’t wait long time for this final statement.

Let me request one more thing form Mr. Annan. I would like to ask him to explain all assurances and promises given by regime and it’s international partners (Russia, China and Iran). Then we may learn, Syrians are figting against what kind of a tyranny and it’s partners for their dignity and freedom.