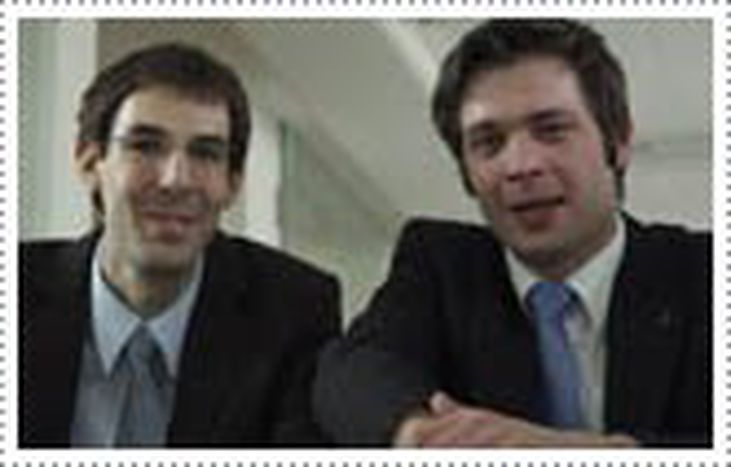 In Switzerland, some are urging accession to the EU to recuperate the country’s sovereignty.We talked to the General Secretary of the New European Movement Switzerland (NEMS)

'Switzerland is a passive member of the European Union.' It is with such striking claims that the NEMS presents itself on its website, implying – ironically – that Switzerland is 'Europe’s poor relative'. In language closer to a business guide than to an ideological treaty, that organisation - based in Bern since 1998 – produces all the reasons why Switzerland should become a member of the European club. 'To defend with greater efficiency the national interests and sovereignty of Switzerland,' they underline vehemently, 'our country must become a memeber of the EU. We should not have to adapt ourselves to all the EU's decisions without being able to take part in the corresponding decision-making processes.’

The 27-year-old General Secretary of NEMS, Nicolas Rion, insists on the degree of Switzerland's Europeanism and considers it a paradox that the country should have met the very considerable challenge of internal integration (Switzerland is a confederate country), but, on the other hand, seems incapable of adding another, external dimension to its federalism.

Is Switzerland in fact a 2nd class member state?

Yes. Switzerland, for example, has adapted the regulation of movement inside its country to that of the Treaty of Schengen. In effect it does what I call an autonomous alignment, whereby it copies and pastes EU legislation into its own body of laws, to make the two compatible and avoid discrimination. We even contribute economically to EU policy, such as that on environment, or the EU’s enlargement by 12 new member states for which we paid a sum of 625 millon EUR! In contrast, we don't even have democratically elected representatives in the EU, nor do we participate in the European Council of Ministers or enjoy any financial benefit as do the EU member states.

What percentage of Swiss are in favour of the full entry of their country into the EU?

Despite our tradition of direct democracy, the question has never actually been put to the people in a referendum. In 2001, NEMS did a survey on the matter and 70% were against entry to the EU. I think that at the moment, a third of the people are very much in favour of accession, a third is completely opposed to it, and the last third hesitates and is decreasing in number as it looses people to both extremes, giving way to a polarisation of the population on the question.

What makes entry into the EU interesting for Switzerland?

Switzerland is an island of high prices. As an EU member we could change this because we would have to go through with certain reforms, since our market is very protected. We would also have a say in policy-making, an important issue for us of course being tax. That would be a positive change, since as things stand, the EU puts a lot of pressure on us to change our tax policy without us being in a position to have our share of influence on its fiscal system.

What would be the advantage for the EU if Switzerland joined?

First of all, we would be a net contributor to its budget. Second, we would bring with us our skills and experience of managing a multicultural and multilingual state. Switzerland is like a miniature Europe.

And do you not think that many rich Europeans would want to take advantage of the Swiss banks' famous discretion to avoid taxes in their home countries?

I don't think so because in Switzerland we have a protective mechanism against that kind of behaviour: a system of keeping part of the money transfered into Swiss bank acounts in the account of origin. In other words, if a foreigner transfers money into a Swiss bank account, the bank freezes 20% of the interests created by that money, which afterwards is unfrozen when the client does his tax declaration in his own country. Furthermore, this rate is set to increase to 35% in 2011.

What are currently the most contentious issues between Switzerland and the EU?

Tax. Some Swiss cantons impose taxes on companies that vary according to whether its profits were made in or outside Switzerland. That creates a check on free competition which is not looked upon kindly by Brussels, as it sees us as a hypocrite who refuses to pay but demands the best seat on the bus. One way for Switzerland to save face would be to replace the current system, whereby the people vote on taxes, for a new one, in which taxes are better regulated from above.

Are the Swiss nationalist?

Switzerland isn't a nation as the French understand it – a nation state -, but is rather a Willensnation (German for ‘nation of will’): a nation based on the will of many communities, in our case cantons. It is, however, an inward-looking country, a tradition that goes back to when the saint Nicolas de Flüe in the 15th Century avoided civil war between the confederate states by insisting they didn't consider other peoples' problems as theirs. However, the way we consider ourselves is not constant, but rather cyclical. At times we belittle ourselves, and at others we are self-assertive and proud.