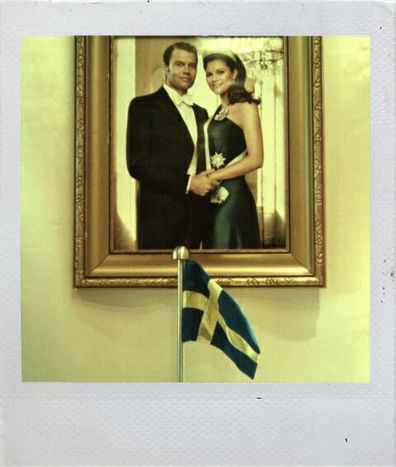 Victoria Bernadotte, the 32-year-old heiress to the throne, will wed commoner Daniel Westling, 36, in the capital's cathedral on 19 June. Despite the smorgasbord of fun on display in Stockholm, the widespread feeling amongst Swedes and expats is that the merriment is wasteful and annoying 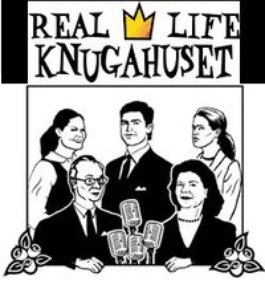 The backdrop hardly comes out of a fairytale: an ongoing global financial crisis, another set of royal nuptials cancelled for infidelity in April and an emerging oil scandal involving the three leading national oil companies. Yet the royal family and the state have organised lavish celebrations. They have tried to summon the enthusiasm of Swedes and foreign tourists by coordinating a fortnight of festivities in Stockholm. The pricetag on the wedding is a whopping 20 million kronor (2.5 million euros or £1.74 million), half of which will be taken care of by taxpayers. Unbeknownst to most of them, they made another gift to the honeymooners: 1, 000 Orrefors glasses for a measly 300, 000 kronor (31, 000 euros or £26, 076). The royal family has defended the expenditures by claiming they were a sound investment that would yield significant returns from tourism.

Love Stockholm? Not on 19 June

Yet tourism has not risen as a result of the high-profile wedding. In fact, several tour operators have cancelled the extra coach trips they had planned between provincial cities and the capital. Trains remain half empty. The two-week long merriment is the fruit of an elaborate campaign appropriately entitled Love Stockholm. It's a cute compilation of events spanning all spheres of Swedish culture, from an exhibition about Axel von Fersen, object of Marie-Antoinette’s passionate and adulterous love, to ball games and anti-bullying campaigns. While Stockholm was expected to be invaded this weekend with one of the largest law and order efforts the country has ever known, the predicted rush has so far failed to materialise: booking levels for the wedding period are not significantly different from previous years. So much for the royal line on investment. 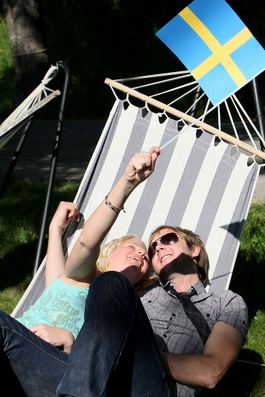 Many Swedes have even taken the wedding as a cue to leave the country. 'I left Stockholm just to get away and I think a lot of people are doing the same,' explains Måns, who usually resides in the capital. 'I made up my mind when I received an Air France invite to attend a reception celebrating the wedding in Stockholm,' he says, about one element of the 'Love Stockholm' revelries. As for expatriates, you’d be hard pressed to find anyone eager to celebrate outside of formal affairs such as the Swedish church of Paris or Swedish shops scattered around Europe. Sara, a Swedish student in the UK, won’t be celebrating. 'I don't know of anyone who will. Like most Swedes of my generation, I don't care about the wedding.' Gustaf, a Swedish philosopher in Paris, is more adamant. 'I’m very happy to be in Paris during this event. I do care about the fact that the Swedish state is wasting a lot of taxpayers’ money and that the royal family has had the bad taste of putting the wedding so close to the next election, though.'

With general elections are scheduled for 19 September 2010, the political feelings that the wedding has stirred could be expressed in the voting booths. Something does seem to have changed. In particular, the royal wedding has sparked a political verve that is not commonly associated with Sweden. Since the announcement of the union, the Swedish republican association has seen its membership double to 6, 000. In contrast, an April poll by the SOM institute at the University of Gothenburg claimed that 56% of Swedes support the monarchy, a considerable drop from 68% in 2003.

Whilst Agri, a London-based Kurdo-Swede, is disappointed that the poets who were summoned by the royal family to compose celebratory poems refused to do so, he mainly regrets that the event has led the media to take a sad turn. 'Every last detail is being poured over in the press daily. 'Friends and family' are being paid immodest sums of money to start any rumour. We’ve lost something that cannot be retrieved.'

One heated discussion is sure to keep us busy until Saturday and beyond: the crown princess has refused to reach the altar on her fiancé’s arm, as Swedish tradition demands, and which symbolises equality in marriage. She has preferred to be accompanied by her father in a display of cultural disloyalty that the head of the Swedish church, who is officiating the royal ceremony, has called a vulgar 'Americanisation' and 'sexist'. As a Brit, I'll be sipping elderflower syrup from my souvenir mug, admiring the 40,000 flowers the Colombian government has earnestly sent the Swedish couple and wondering how I can get my hands on a slice of the People’s Wedding Cake.