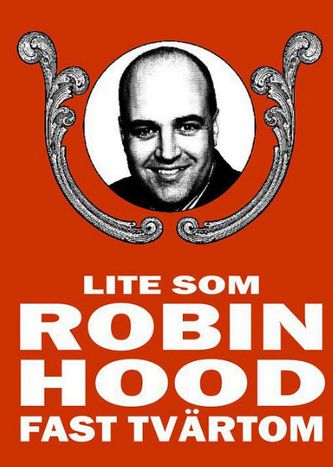 Prime minister Fredrik Reinfeldt's centre-right coalition won Sweden's elections on 19 September with just under 50%. The success is due to the lack of debate over integration and could cripple the country politically, write the Swedish, Danish and Italian press. Clippings

The right-wing populist Sweden democrats enter parliament for the first time (5.7%). The victory of the conservative governing alliance in Sweden's parliamentary elections has definitively broken the dominance of the social democrats, writes the liberal daily: ‘Fredrik Reinfeldt is the first conservative prime minister in modern times who has managed to be re-elected. That is a historic breakthrough. The social democrats will certainly form a government again at one point, but by then Sweden will be another country. Not less prone to solidarity, but with more civic freedoms, and founded upon low income tax and freedom of choice regarding the social system. The social democrats will no longer see Sweden as their domain. That is the most important consequence of this victory for the alliance’

The entry of the right-wing populist Sweden democrats in the Swedish parliament, or Riksdag, has to do with the lacking discussion over integration: ‘For too long all talk of integration - one of Sweden's most pressing problems - has been suppressed. For foreign observers it is astonishing that Sweden has so much political correctness that discussion of immigration does not belong to 'proper' debate. This has crippled discussion over how the goals of integration can best be furthered. And yet this subject hangs like a terrific burden over Sweden, as you can see when you visit the migrants' ghettos in Malmö, Gothenburg and the satellite towns around Stockholm. Integration is an unknown term there, the very places where a parallel society is emerging’

The arrival of the right-wing populist Sweden democrats in parliament is humiliating for the social democrats and could have repercussions all over Scandinavia, the left-liberal daily fears: ‘The centre-right party may have won, but the right-wing populists' advance could put a big damper on the dynamic and popular prime minister Reinfeldt's spirits. It is to be feared that Sweden, the strongest country economically, politically and militarily in the north of the European union, could be crippled by this development. The fear of immigration and islam and the right-wing movements are shattering political stability in legendary Scandinavia, too. A humiliating result above all for the social democrats, who with the help of politicians of the calibre of Olof Palme have governed and shaped modern Sweden in recent years’ (Andrea Tarquini)