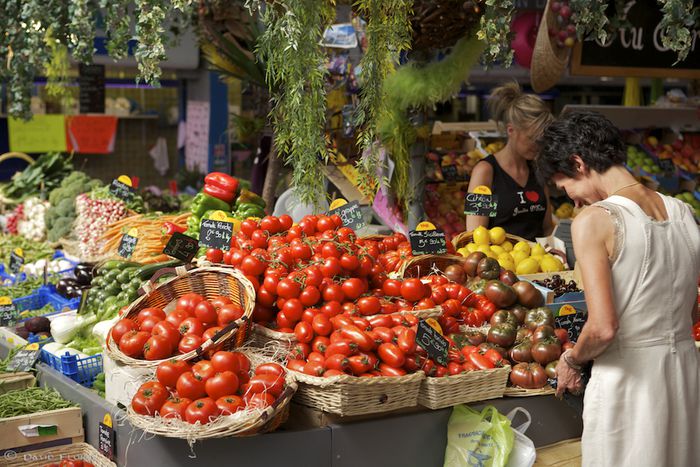 Without a doubt, food is one of the most important things in our lives. But how much of a relationship do we actually have with our food? How aware are we really of where and how the foods we eat were produced?

Food may seem like a negligible subject; if you go to your local supermarket, you may leave with the impression that it's incredibly abundant, so much so that you probably don't even give its abundance a second thought, nor how it's produced. And ultimately, eating food is a matter of instinct. You get hungry, you buy something, and eat it. Case closed. On the other hand, food is a very multi-faceted subject, affecting not only the environment and our health, but also the relationship with another very basic genetic trait that's inherent in all human beings: the ability to recognise and enjoy genuinely pleasurable food. 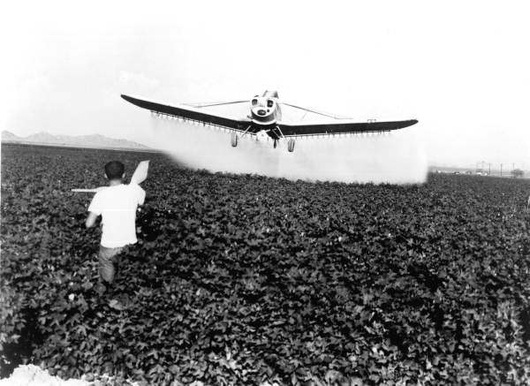 However, some people have given the subject of food a second thought, being shocked by the general lack of foresight on the part of some producers and the lack of concern on the part of the general public. In the 1970s, pesticides were heavily introduced into farming throughout Europe, which had large impacts on the environment and on the health of people. Rampant overproduction during the 1980s added to this issue. As a consequence, Europe saw a burgeoning of movements aimed at promoting a healthier relationship with the environment based on dignity and respect. In short, a sustainable symbiosis between humans and nature.

But what exactly is sustainability. this elusive term that we hear thrown around so casually these days? Well, according to the textbook definition, sustainability isn't possible unless economic, environmental and social responsibility are upheld. This concept is termed the Three Pillars of Sustainability, and for one organisation in Great Britain, there's a fourth pillar: political responsibility. LEAF (Linking 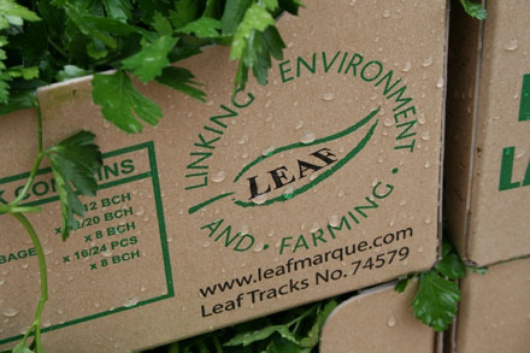 Environment and Farming), a founding member of EISA (European Initiative for Sustainable Development in Agriculture), is an organisation that started in the 1991 to promote Integrated Farming. This farm management system aims at satisfying human food and fibre needs, enhancing the environmental quality and natural resources upon which the agricultural economy depends, making the most efficient use of non-renewable resources and on-farm resources, and enhancing the quality of life for farmers and society as a whole. "Right from the outset, it was very important that we had a broad range of organisations represented on our LEAF advisory board to ensure that there was a strong dialogue between farmers, environmentalists and industry," says Caroline Drummond, Chief Executive of LEAF. Initially, it wasn't easy to bridge the gap between these different sectors, but it turned out to be fruitful. "Preconceived misconceptions and misunderstandings on all sides were discussed and practical solutions implemented." Through advocacy, social outreach and the LEAF Marque labeling system, the organisation has been able to ensure that sustainable farming remain economically and environmentally friendly, while also facilitating a direct relationship between consumers and farmers. This is imperative in a globalised world where thousands of kilometres can impede the existence of such a relationship. Open Farm Sunday, which is one of the organisation's public outreach initiatives, is an educational event that's held once per year. Farmers from across the country invite people from the general public to come to their farms to ask questions about and learn how their food is produced. Over the course of the nine years since the event's existence, over 1.25 million people have attended. "In 2014, over 375 farms opened up their gates to more than 207,000 members of the public," says Drummond. "It is a real call to arms from everybody in the farming industry, providing a good opportunity for consumers and especially families, to discover more about the story behind their food. It's really helped support and build understanding and trust about farming."

Slow Food: It's about the pleasure

Another organisation that's been making an impact is Slow Food. While Europe is a one of the organisation's focuses, it also has more than 150 member countries worldwide. It's goal is, to put it simply, to foster a sustainable food systems network across the globe. The organisation is structured in local chapters consisting of a minimum of five people, but can range anywhere upwards of 100, all of whom are volunteers who tailor sustainable food initiatives according to the local context, whether it be farmer's markets, activities with local schools, public events or having 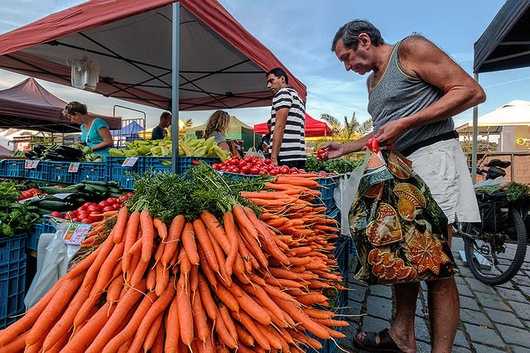 communal dinners. Most of these volunteers come from all walks of life, which according to Marta Messa, EU Liaison Officer at Slow Food, really demonstrates a change in the type and number of people who care about what they're eating. The organisation, which was started in the 1980s by a small group of friends in Italy, has become known worldwide for its engagement in the advocacy for sustainable food and for addressing many controversies concerning food. "We're dealing with a lot of controversies in that we're looking at food from a 360 degree angle. In terms of GMOs (Genetically Modified Organisms) we're working on the ground to raise awareness among general citizens and producers about why GMOs aren't a good idea from an environmental, social, ethical and mental point of view," says Messa. But other issues they're facing are things such as food waste (one third of food produced globally doesn't even reach consumers' plates) and land grabbing. "Landgrabbing is a phenomenon where big multinationals buy hundreds of hectares of land in countries where there is no strong national regulation in terms of landownership and land acquisition." These companies then cultivate products which are typically exported, used to produce biofuels, or used to cultivate feed for animals in factory farms. Through this process of land grabbing, the people in those regions become marginalised and wind up having to compete for resources. That's why one 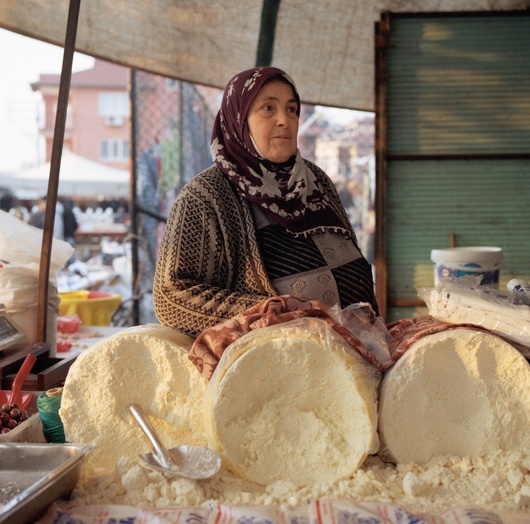 concept Slow Food is promoting is that of a 'narrative label,' which would communicate the entire production process to the consumer. "We're not suggesting it as a compulsory form of labeling, but we're suggesting it as an alternative. Say, for example, you have cheese in your hand. You know what type of milk was used to produce the cheese, where the cow was reared, what it ate, how much space was at its disposal, and how the cheese was processed. It's really a black and white way of telling you a story about the product." This in turn would also communicate to consumers whether controversial means of production were used. But why is it even important for people to be aware of what they eat? "Well, it's about the pleasure," says Messa. "It's a concept that might not be readily understood, but it's something that's worked well in our experience. It's about the shared experience of combining the pleasure of good quality food with a commitment for the environment and the community. The conviviality of food and the joy of being together."

It's in our DNA

Of course, there are some that claim that the argument in favour of high quality, sustainably produced foods is an elitist one, because it's assumed that only people with enough purchasing power can acquire such goods. But according to Messa, the pleasure of enjoying good food is in our very DNA. In even the most impoverished regions in the world there are gastronomic traditions that have existed for thousands of years, all of which have relied on produce that grows naturally in those regions. And if the ability to recognise delicious, high quality foods is just as much in our DNA as the instinct to eat at all, then surely all of us should try, if even just a little bit, to develop a stronger relationship with the foods we eat, which ultimately impacts our relationships with not only traditions and local farmers, but also, the environment.