According to many, the presidential election in Ukraine was clearly rigged. Now is the time for Europe to show its support for the Ukrainian people. 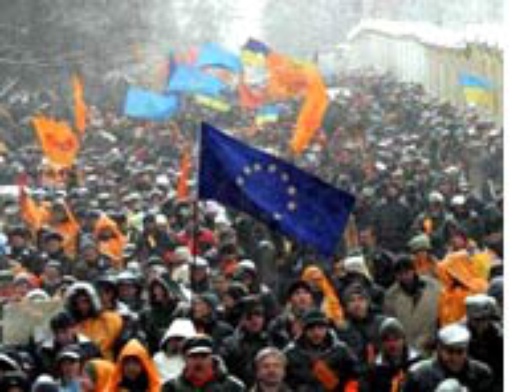 How do we know it was rigged? Both exit polls showed Yushchenko to be the winner but the official results declared quite the opposite and Ukraine’s current Prime Minister Yanukovich was declared President. The vast majority of independent observers, and there were some 2000 of them from the OSCE, the Council of Europe, the European Parliament and other organizations, noted various problems in the Ukrainian electoral process. The Central Electoral Commission (CEC) issued 1.5 million special certificates allowing citizens to vote in places other than their district. Usually, these certificates are only used by travelling businessmen and businesswomen and the total number given out has never exceeded 200 thousand before. In certain regions, such as the Lugansk province, the official turnout was as high as 110%. There were cases of prisoners being denied the right to anonymity and being forced to vote for Ukraine’s Prime Minister. Yushchenko’s representatives were allowed into only 19 electoral districts in the Eastern provinces (out of 2,000 electoral districts in the area). Needless to say, provinces like Lugansk are in the Eastern part of the country; Yanukovich’s political base is in the East of Ukraine.

A question of priorities

Reaction to this fraud came immediately. Hundreds of thousands of Ukrainians took to the streets to protest against the Yanukovich Government and the actions of Kuchma, the current President. The Russian President Putin, who was directly involved in Yanukovich’s campaign, immediately congratulated the official winner. The European Union, meanwhile, once again demonstrated its inability to act quickly to events in a neighbouring region. In contrast, both the American President and his Secretary of State quickly declared the elections to be fraudulent and threatened Ukraine with sanctions if the result stood. For the EU, however, the Commission’s cafeteria was apparently more important than Ukraine’s future. The journalists attending Monday’s European Commission press conference were ignorant of what was happening while the politicians, including the President of the Commission, had no opinion whatsoever.

This situation has been allowed to happen at a time when Ukraine is Europe’s responsibility. The EU needs a democratic and stable Ukraine. It is the only way to bring stability and prosperity to Eastern Europe as a whole. Russia can only become a stable democratic state if democracy wins out in Ukraine. But the EU’s dealings with Ukraine have been far from positive. Thus far, the EU has denied Ukraine hope of becoming a member of the EU. This is quite simply wrong. Ukraine is a European state. If they meet the Copenhagen criteria, the EU’s doors should not remain closed to our Eastern neighbours. The EU’s dialogue with Ukraine seems particularly strange given the current debate over Turkish membership. While not wishing to take anything away from Turkey’s hopes of becoming a full member of the Union, I think Ukraine is far more “European” in every sense of the word.

But, to return to this week’s events, Ukraine now finds itself at a crossroads. Either it becomes a democratic state which complies with European standards or…it becomes a Russian puppet, a country governed from Moscow by Russian leaders. The problem is that at first glance Ukraine appears equally divided into Western-leaning and Russian-leaning halves. But this is a very superficial division. Yes, Yanukovich won in the East and in the South, whereas Yushchenko won in the West and the Centre. But the protests have spread from Lviv and Kiev to the rest of the country. There are 100,000 protesters in the Eastern city of Kharkov, where Yanukovich won by 70%. Ukraine is united today and all the Ukrainian people are asking for is to have a free and just election. As a Ukrainian friend of mine said, “As of Monday there is only one Ukrainian nation. We want democracy. We want freedom”.

Today Ukrainians need our support. Without the support of the outside world their movement has little chance of success. This is why it is of the utmost importance for us to let them know we are with them.