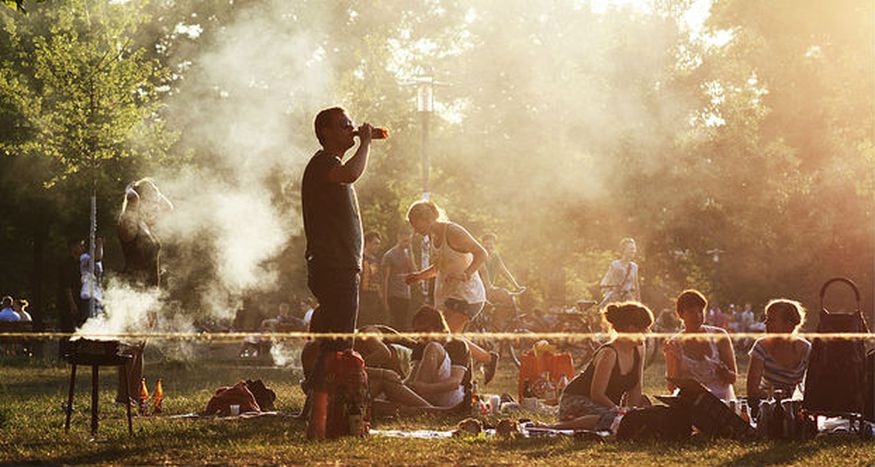 Those who have gone to Berlin during seasons other than summer have heard this sentence: "Berlin's cool, but wait till you see what it's like in summer!" Some may ask themselves during endless months of cold and ice: is this whole summer thing just an urban myth? But on July 31st our claims can be validated. The Berlin summer actually exists and cafébabel knows what it looks like.

Okay, the first lie is in the title: summer in Berlin isn't actually hot. Or at least, not always. Now, before we get into adulations about the splendor of summer months, the savouriness of vanilla ice cream, the crispiness of barbequed sausages, the lushness of the parks and the unrivaled 'cool' factor of all the illegal parties, one thing should first be made clear: Berlin doesn't lie on the Mediterranean coast and the summer weather often leaves one wanting. An overwhelmingly hot week is usually followed by a rainy weekend where people have to dig their off-season clothing out of the closet. But since we're young and vibrant, we won't give up the hope that this will be the summer of the century (in a good way). And Berlin is of course 'hot' for entirely different reasons. 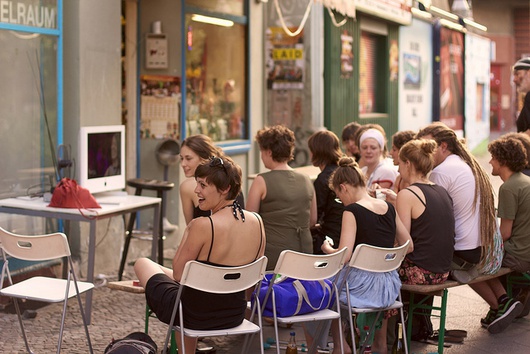 If you don't yet know why that is, you can find out in our summer dossier. Aside from inconceivable meterological phenomena, the Berlin summer is simply amazing. Want to go swimming? No problem! Berlin is home to more than 30 lakes. If you'd rather like to feel firm ground below your feet, you can go jogging in any of the many parks. Club-Mate-ice-cream? Olympic games for hipsters? Pop-up techno clubs and Knoblauch Klezmer? Nothing is too weird for the German capital. Unfortunately, that also goes for wearing socks with sandals and tight biker shorts. Regardless of how cultish the capital may seem, the number of shamelessly committed fashion crimes rises expontentially in summer.

The berliner summer exists, and it's awesome 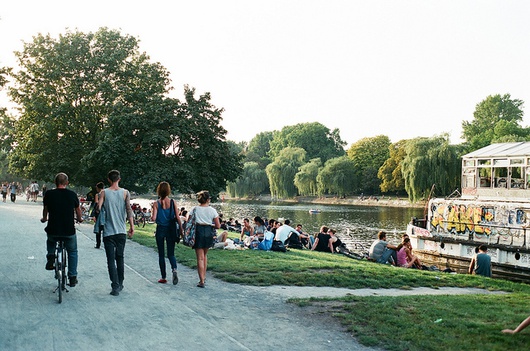 The clubs in Berlin keep doing their thing in summer. Those who don't like the sun can always sway to electronic beats in the dark underworld. We'll reveal all the most exciting alternative clubs, in case you don't feel like waiting for hours in front of the Berghain. You'd rather dance out in the open? Then you'll surely find the free outdoor parties a lot of fun. After all, Berlin is now a hub for modern 'event urbanity'. Open-air movie theatres are part and parcel of this change. And if you just want to stroll through the city? Or take advantage of the good weather to explore nature? Luckily, there are also safari experts on the cafébabel team! As are ice cream connaisseurs, BBQ enthusiasts, canal-swimming athletes, advocates for long afternoons on roof terraces and many lovers of the underground party scene.

Still not enough? On top of this, Cafébabel will suggest to you the perfect soundtracks for days at the lake, in the park or on the balcony. And don't you dare doubt the existence of the Berlin summer ever again!

Summer in berlin: snapshots of a hot city

Hurrah, hurrah, the summer has come! Even if the parks in Berlin have already been transformed into recreational zones since June, the month of August remains the highlight of the hot season. In the coming weeks, Cafébabel will gather the best summer impressions. For more information, find us on Facebook and Twitter.