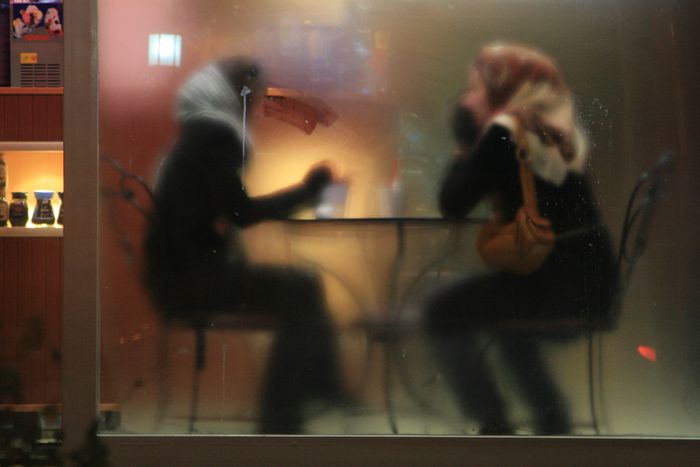 1 April is Islamic Republic Day, a national holiday in Iran. Thirty years after the Islamic revolution, an unpopular government is once again struggling with a dissatisfied young population. However, the Iranian resistance against its own regime has no strategy behind it, only tactics. A portrait of the mood in the land of the red squares 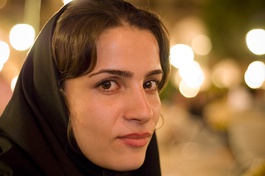 The drawing that Schirin Germez* pushes quickly across the small table of a smoky café in Esfahan barely fills a napkin. Its shows a naked woman surrounded by threatening blots of ink, looking anxiously at the observer. The surrounding blackness has already taken over the woman’s body. Only a bright, red square in the centre of her body, protected by folded arms, still resists the gloom. 'You can’t take this from me,' says the young actress, as she taps the square with one hand and puts out her cigarette with the other. 'But I can’t ever show it in this country either.'

Fear of the government, which Schirin Germez only shakes off briefly in the company of a foreign traveller, is palpable in cities across the country. The time in office of the reform-oriented former state president Mohammad Khatami (1997-2005) was shaped by hopes of change, but since the victory of Ali Khamenei and Mahmoud Ahmadinejad’s conservative elite, disappointment has spread among Iran’s urbane young population, who often harbour sympathy towards the west. Some of them are fighting, as in the past, for a liberal society: for instance, the budding doctors at Schiraz University, who are taking a stand against the planned segregation of the sexes in their lecture theatres. However, most have resigned themselves to the belief that they will not be able to change this republic. 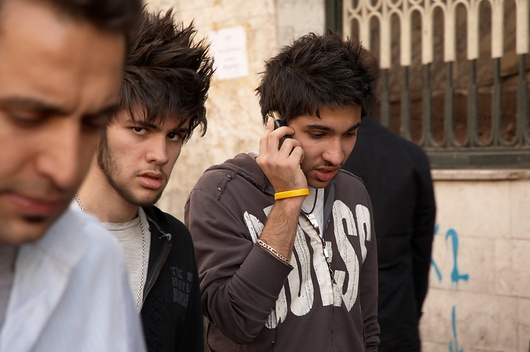 So, the younger members of Iran’s middle classes have entered into a risky game of cat-and-mouse with the regime, by trying to fill public areas with signs of their disapproval. The women’s veils fall back, until the police step in to carry out their strict controls. Extravagant hairstyles and clothes are so widespread in some Tehran suburbs that for a short moment it’s possible to imagine oneself in Tokyo or London. But here, too, the powers that be quickly intervene to enforce their self-styled Islamic clothing regulations.

Hairdressers are even advised, when in doubt, to side with the government’s ideas rather than the customers’ wishes. Many shop owners put up the obligatory photos of Imam Khomeini and Ayatollah Khameini, not over the door or next to the till, but above shelves which – 'oh, what bad luck!' – are piled high and therefore block the view of the leaders of the eternal islamic revolution. On top of all this come drugs, western music and the youth sub-culture’s undermining of the country’s strict sexual morals. All of which is risky – and therefore all the more exciting. 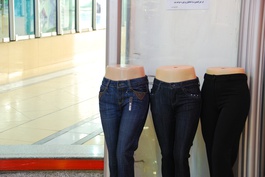 But how effective can these tactics of a symbolic resistance be in a repressive state? Is it really politically motivated or does it just stem from the young Iranians’ hedonistic desire for individuality and from other modern-day preferences? 'In a theocratic state, hedonism is already a form of political resistance!' says Hashem Vali, a 50-year-old software engineer from Tehran who has spent many years of his life in Great Britain. 'My generation propagated open agitation against the regime, but we had either to emigrate or face being sent as cannon-fodder to the front line in the first Gulf War. Today’s young generation have jeans, rock music and the internet as their weapons.' Vali expresses a hope for change that is supported by demographic data. The average age of the Iranian population is 25.8, and the religious heads of state can only enthuse a small number of the 25 million under-30s with their rigorous lifestyle blueprint. 'I’m not sure, though, whether wearing baseball caps will bring down the regime,' Vali continues.

In the mosques of Tehran’s more affluent districts, the traveller discovers another sign of resistance: they are often empty. Even on Friday evenings they only attract a few older believers, while the youngsters prefer to zoom through the summer night on their motorbikes. Mullahs tend to bear the brunt of the anger and are derided with crude jokes; there is even said to be a code of honour among Tehran’s taxi drivers that forbids taking mullahs as passengers. The most radical form of disapproval, however, is conversion to old-persian zoroastrism or christianity. The number of secret converts can only be guessed at, but even the most cautious observers speak of thousands of mostly young Iranians who have taken this step in recent years. The regime has also recognised the potential here for unrest and reacted last spring by clearing the way for the reintroduction of the death penalty for apostasy; that is, breaking away from muslim beliefs.

Dreaming of the west

It is no surprise that in this bogged-down situation, many young Iranians dream of a life in the west. Those rich enough, well-connected enough or just desperate enough are 'voting with their feet' and turning their backs on their homeland. It is not possible to reach an exact figure because of the high number of suspected unreported cases, but estimates of the number of people who have left Iran since the last revolution in 1979 vary between 1.5 million and 4 million. 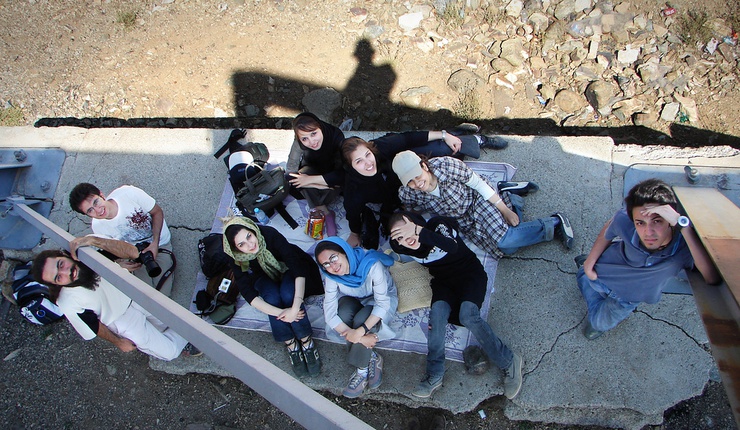 Those who stayed have had to adjust to a long double-life, which in public has to stay within the boundaries of what can be said and done, and which can only be lived normally in the privacy of their own homes. There, the veil can come off, the satellite TV switched on and the easily obtainable black-market vodka served up; there, every dissident citizen, just like Schirin Germez in Esfahan, has his or her own little red square which the state cannot access.

After Ms Germez has finished her sunset prayer and returned to her coffee, the foreign traveller asks why she didn’t go to the mosque next door. She shoots him a reproachful look, takes a pen and writes a parting message in the visitor’s notebook: I am in love with the God of Massih. Massih is the Persian word for Christ.