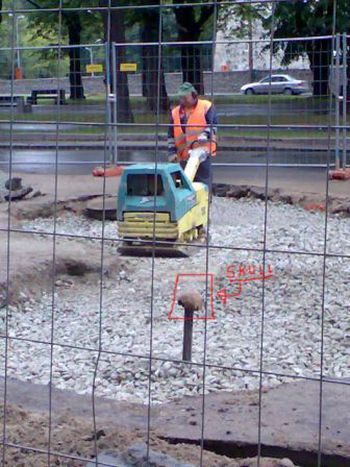 Streetwork in Tallinn aka. Lack of Respect

After weeks of surprises the big hole in front of Deloitte bulding in Vabaduse Valjak has been almost fully covered. But we kept a last present for you. Stupid joke, lack of respect or incredibly black humor?

From now on, we will finally be able to concentrate on our screen and we will not try to spy downstairs every ten minutes: workers will soon leaving the space outside the office and the big - and always surprising - hole is nothing more than a souvenir. 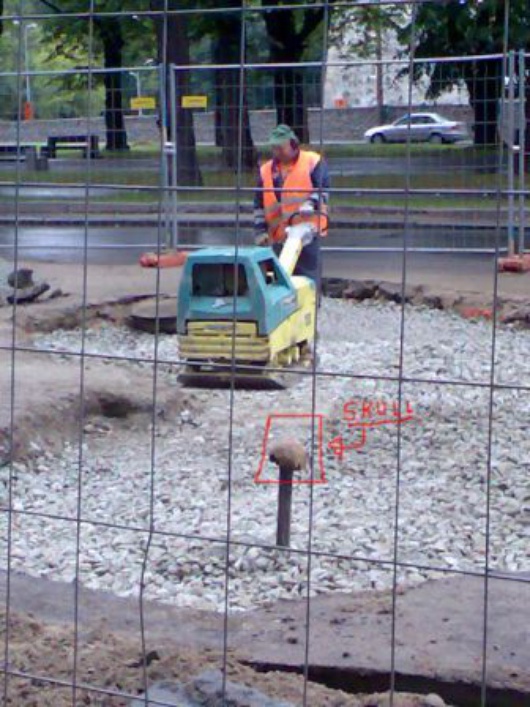 But, as something quite wierd happened on the last day some people has been working on those "famous" square meters, we decided to offer you two sgnificant pictures leaving you to choose whether we witnessed some bad black humor or some incredible lack of respect. 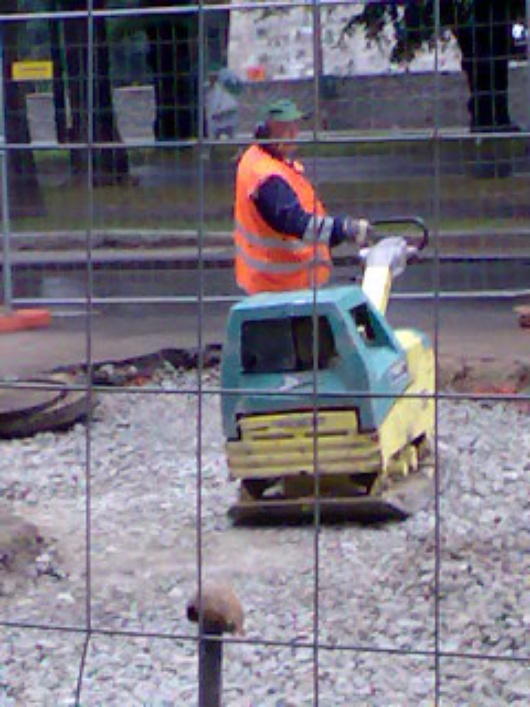