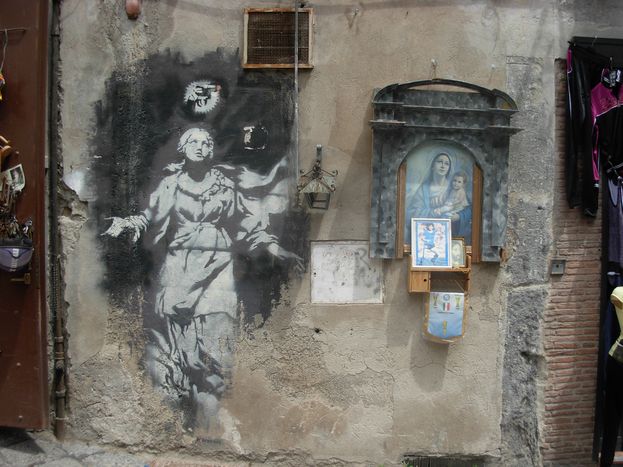 Street Heart: A DOCUMENTARY AMONG THE WALLS OF NAPLES

With their doc­u­men­tary ti­tled Street Heart, Tom­ma­so Bat­ti­miel­lo and Giu­lia­no Russo have captured the many faces of street art in Naples. The cracked surfaces of the old city walls are the canvas used by internationally renowned artists to express themselves.

These images and frames have the ability to awaken feelings and recollections that had been asleep in our memory. Naples, captivating and deafening as it can be, offers a urban experience that is at times violent, at times rich in poetic nuances. There are moments when the walls and alleys of the old town centre seem to be shouting to make their voices heard, and other moments when they seem to be whispering and hiding from the steps and the echoes of lives passing them by. In this whirlwind of emotions it's easy to lose sight of details. The walls, with the signs left by the passing of time and people, become part of that daily experience, almost as certain and familiar as the way home. 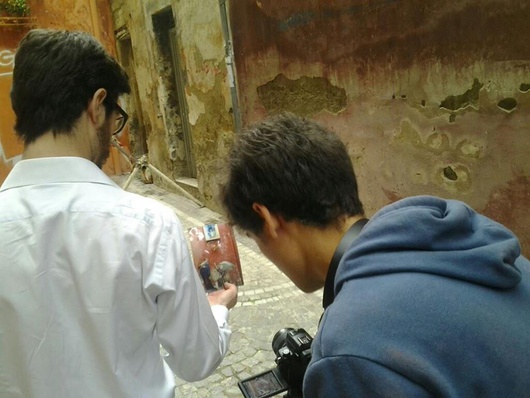 "I got interested in street art simply by walking around Naples and paying attention to what was around me", says Tom­ma­so Bat­ti­miel­lo, and it only makes sense but is not something to be taken for granted in a context where even acts like "lingering" and "watching" can be complicated and rare. Graf­fi­ti, sten­cil, mu­ra­ls, paintings, sacred and profane images stand out on the screen, forcing us to acknowledge what was buried under idle routines. Street Heart, a documentary about Neapolitan street art made by Tommaso himself together with Giu­lia­no Russo, is all this and much more.

30 in­ten­se mi­nu­tes lead the audience through a Naples that usually escapes the eyes of hasty passers-by. The streets and the works of art they display are the real protagonists of this effort to explore the cracked surfaces of the old town centre to give a voice to the stories behind them – to reach the real "heart" of street art: the street ar­ti­sts themselves. An important commercial port, a hub of ideas, of religious and political movements as well as a nerve centre for European culture and art, Naples represents an original tile in the multicoloured mosaic of street art.

Tom­ma­so and Giu­lia­no, who met while attending the local university, Uni­ver­si­tà Fe­de­ri­co II, say they were surprised by the diversity of styles and personalities who left their mark on the city. Their initial curiosity turned into an extensive research on the topic, which brought them face to face with talents from both the local and international scene. 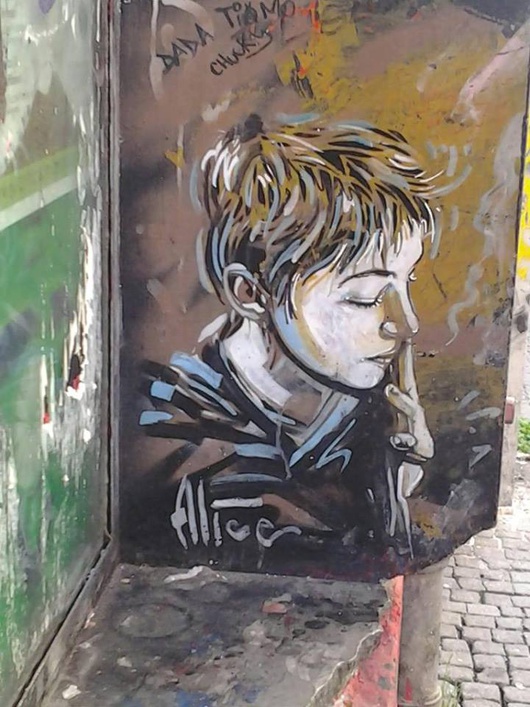 One of them is Alice Pa­squi­ni, born in Rome and today regarded as one of the most influential street artist in the world. In a broken voice, Alice bares in front of  the cameras her passion for "'living art', the kind that really interacts and changes the surfaces of our cities anonymously", the kind that "gives back to citizens a 'place' rather than a 'wall'". Her pecularity is in picturing a mostly female world: faces of thoughtful women and sullen little girls appear on the most unlikely corners, opening up a narrative dimension between the viewer and that portion of a wall. But it's not just a thirst for beauty that attracts artists to Naples. Giuliano explains how the element of "il­le­ga­li­ty" plays a key role in practical terms for street art. "It would seem that in Naples this clandestine art finds it easier to express itself than elsewhere. There is a longer tradition, more tolerance, maybe even a bit of indifference, and this leads many to choosing it as their destination".

Ano­ther brick in the wall

Ryan seems to agree fully with that. "I like the fact of not having visibility. This gives you a healthier environment. It's not only the 'drawing' that remains, but the moment of per­for­man­ce". After leaving the United States to come to Ita­ly as an art student, Ryan decided to break free of academic constraints to go after his dream in in the streets. Moved by a sort of reverence towards "decay",  his drawings develop from marks and cracks that are already on the walls - in a sense, he has a talent for writing new stories over the old ones. 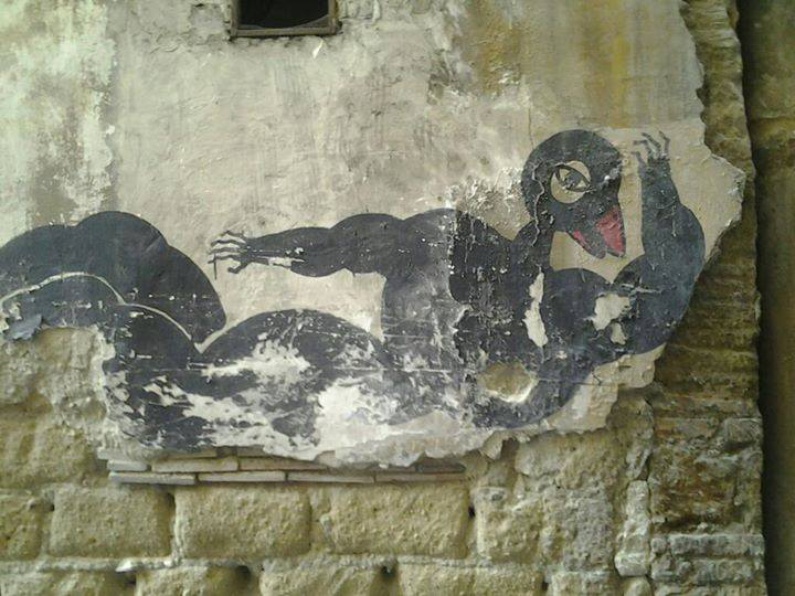 The marks left by French artist Žilda are rarer: an­ge­ls and soft, sensual creatures offering glimpses of a Renaissance spirituality. The contribution given by Bank­sy, the famous Bri­stol artist, to Neapolitan street art is expressed in a single work, a potrait of the Holy Virgin in Piaz­za Ge­ro­lo­mi­ni, an epiphany for anyone who happens to walk by along via dei Tri­bu­na­li. An entirely local talent is Diego Miedo, whose crooked and perverse characters can be admired on most of the walls in the city centre. 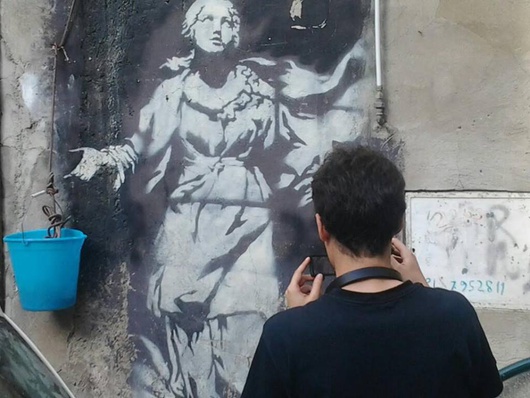 Tommaso reminds us that "Naples, however, is most of all a city of traditions and talking about street art means above all digging into the sacred imagery that is typical of local culture". It's what the Ma­don­na­ri do, like Gen­na­ro Troia in the documentary. They're the ones who have always traded talent and religious piety in exchange for some money by painting sacred images, especially on occasions like the feasts of the patron saints in Pu­glia and Cam­pa­nia.