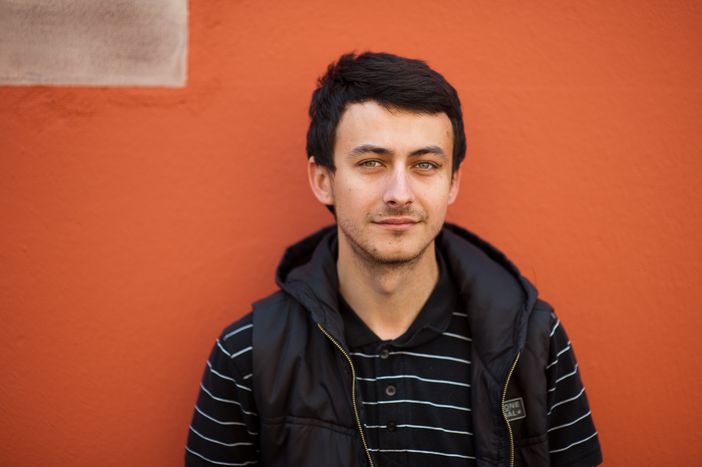 The name of the French town, one of the capitals of the EU, originates from the latin 'strate burgum', literally 'town of the roads'. Nowadays, Strasbourg is 'the carrefour of Europe', as promoted by EU advertising. Do the immigrants in Strasbourg agree with this attractive image of their city? In this series of 12 pictures, British photographer David Tett presents the everyday environment of some EU immigrants in Strasbourg. Sergiu, Dilara, Andra, Argas, Alexandre, Evangelos and Didier represent diverse cultures and age groups, and the colours used in each image reflect their different paths of life. Despite many positive comments, the consensus among several of the respondents is that plenty still needs to be done

This image gallery is part of the eighth edition in cafebabel.com’s 2012 feature focus series on multiculturalism in Europe - thanks to our local hosts, cafebabel Strasbourg, who you can find on facebook