Who said print was dead? Live from Hamburg, Martin, Valerie, Ulrike and Anne have created their own free city magazine, complete with hard-hitting feature reports, photo art and room for ‘the other’.

20, 000 copies have been released on a quarterly basis since December 2010, says German journalist Jens Wiesner 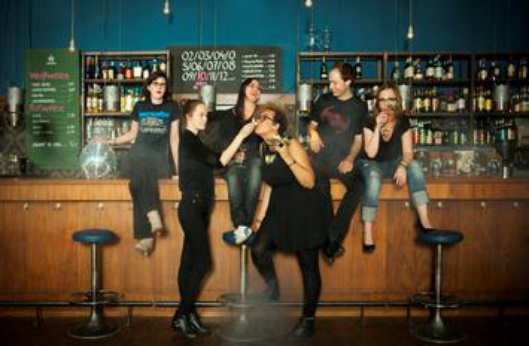 Here’s a joke – how can you be late for an appointment for somewhere which is only five minutes away from where you live? It takes another quarter of an hour to get from my stop, Königstraße (‘King’s Street’) to the doorstop of the Glöe bar. In a slight sweat and slightly out of breath, I am finally at the cosy underground coffee shop near Hamburg’s Reeperbahn, where Martin Petersen and Valerie Schäfers are awaiting me, mid-sip of their milky coffees. The thirtysomethings have brought a goodie with them – the latest edition of their baby, Stadtlichh. Even the pile in this cafe has run out, and Martin immediately notes that he should come back to stock more up.

As the clock struck midnight on 1 January 2010, you would have found Martin and Valerie still drinking coffee, albeit in more of a contemplative state. An unfulfilled Valerie had just quit her job at a design agency, and Martin wasn’t enjoying his job at a gaming newspaper either. As the caffeine channelled itself through his blood, that huge, nasty, existential question shot through his head once more: what do I actually want to do with my life? Where should it be leading? 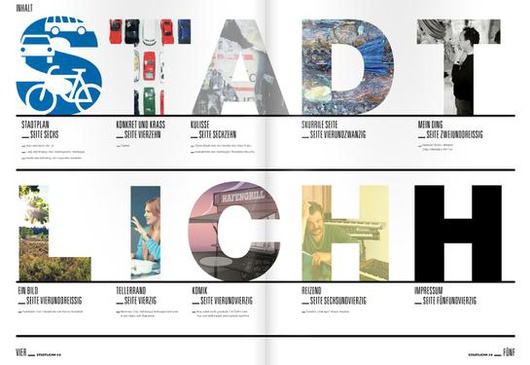 Both Martin and Valerie had it: why not create their own magazine? ‘People often find themselves wandering from one point to another in life, so occupied with what they are doing that they don’t ask themselves this important question anymore,’ says Martin. The pair had already written and built websites before. As a communications designer, she was the woman with the eye. He had a masters in English and philosophy, and was the man of the letters. What more did they need? Ulrike and Anne, two friends who were also in a muddle and had that same yearning to do something more personal in that field, ended up completing the puzzle. Team Stadtlichh was ready to go. 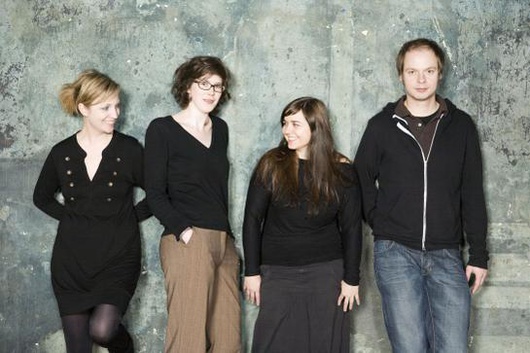 Hamburg at that time was bubbling with a wealth of creativity. Gängeviertel in the city centre was a haven for artists and left-wingers. The old Wilheminian-era houses yielded to the presence of new offices equipped with glass cupboards and desks. Nor did people expect the everyday Hamburg citizen to be happy about the new changes; the local authorities got involved. A few kilometres away, the seventies-era former Karstadt building Frappant has also been taken occupied, in vain. The bulldozers arrived and the artists just had to find some other neighbourhood to go to. There was little to read about the affair in the local press - at least little which went into more depth. People just wanted more information about gentrification, the development of the city, the explosion in rents and the rise in the bohemian, bourgeois character of the area. ‘Something was definitely missing here,’ says Martin, as he takes a sip of his coffee. It’s a good thing that there was no money to do any market research.

‘We didn’t want to have a magazine with advertising on every page,’ says Valerie. ‘We wanted the magazine to be of top quality, the issues real page-turners. Large-format print photography, big fonts and illustration are just as important as content.’ Valerie, her eyes full of enthusiasm, refuses to be the type of art director who is ticking boxes in a grid about photos and text blocs at the end of the working day; she wants to be the type who goes along with a journalist when they have interviews. Communication is a huge bond between everyone, and it should be reflected in the article. As for the moola, it costs around 4, 500 euros to release 10, 000 copies of six issues. The team contacted eight potential financers, received five rejections and two no-replies. The solution was to come.

Every magazine needs a good founding myth – preferable one which rings true. ‘The media foundations were our last chance really – actually they don’t really support any type of print magazine,’ says Martin. On the last day of the call for applications, he posted off his form, making a post box call by night. Much later, a phone call ensued, followed by the popping of a good old bottle of fizz to celebrate the good news. 100 copies of the beta version were launched in August 2012, in a situation which felt like the fœtus was already resembling a baby. ‘We separate any adverts to the left and right of the pages, far from the editorial content,’ explains Martin. ‘We refuse to publish editorial adverts – we don’t want to take the mickey out of our readers, so that’s really important.’

‘We separate adverts to the left and right of the pages, far from the editorial content’

The second edition came about thanks to the use of crowdfunding, and the next five issues are also funded. Since its birth, the baby has grown so fast, that it can already stand on its own two feet. That doesn’t mean that the four musketeers can survive on the magazine alone – they are still working jobs on the side. StadtlicHH is their love child, and they know it won’t bring them that much dough that they could roll around in it. And what about the writers, photographers, editors, illustrators and other contributors? ‘The only job we can afford to pay is acceptance of advertisements - that’s where we get percentages from,’ says Martin, who looks sorry. ‘Unfortunately, we can’t pay them in a better way for the moment.’ 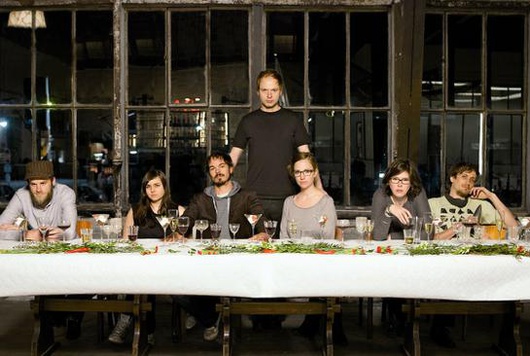 Release party for issue number 7 | Stadtlichh is borne out of love, not money

Nonetheless, Martin is bowled over by the fact that the magazine is a hit even if they’re not earning their bread from it – imagine if one day, it did. So why not switch to a more profitable business model? The thought brings new worries to Martin’s head. How would they explain to readers that they would have to start paying for the magazine? Print runs would plummet and advertising would become trickier – then there would be the pricing. Only 50% of the retail price goes back to the editorial side, whilst the other half is split evenly between kiosks and wholesale distributers. The non-conventional format also had to be adapted to be sold in mainstream stores. ‘There are some people, who tell us to grow up and accept the hard reality,’ says Martin. ‘These are people who themselves learnt that it’s easier leaving idealistic ways behind, and to go for more pragmatism (and better paid jobs). But I haven’t lost my spirit yet, and still believe that everything will stay the way it is, in the sense that this is the real magazine that we wanted and dreamed of having.’

Pick up a free copy of Stadtlichh, released quarterly, from selected points in Hamburg. There is an option also to subscribe for home delivery for a small fee

All images: courtesy of © stadtlichh-magazin.de